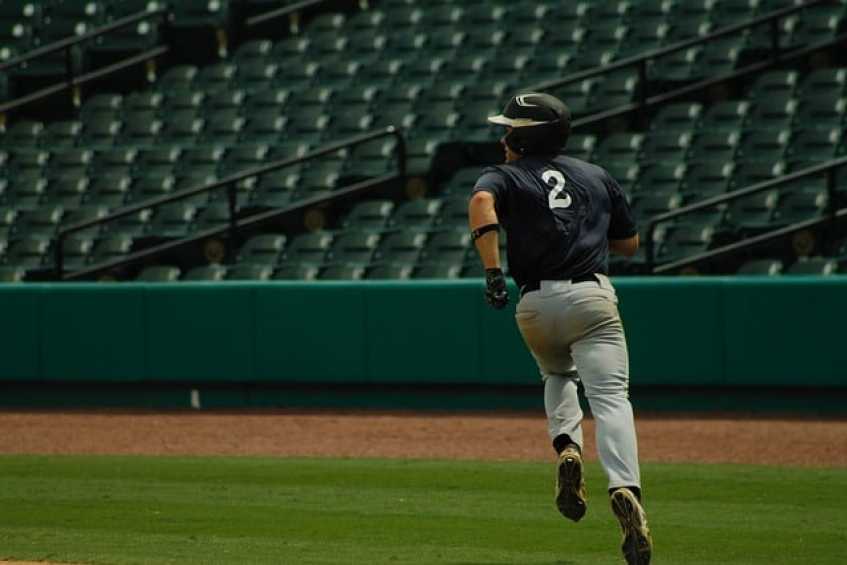 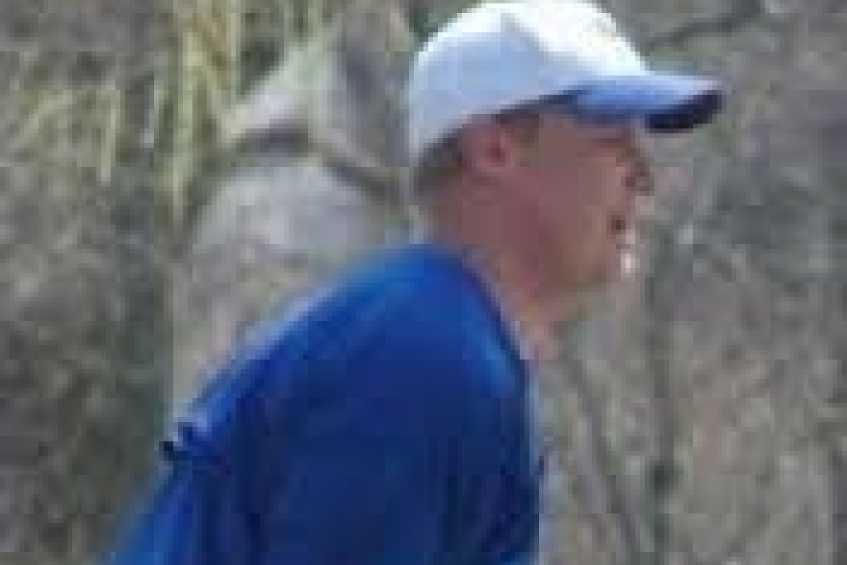 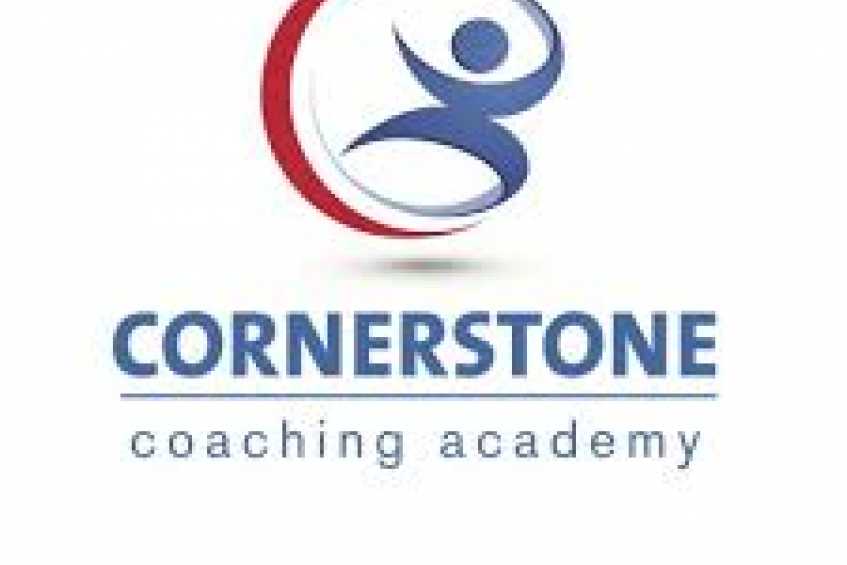 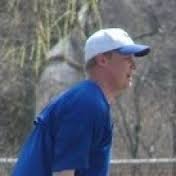 A few years back I had interviewed Coach Kyle Nelson about some of the high school coaching strategies he employs, among other things. With high school baseball tryouts right around the corner, I felt it was worth posting this now. Since the interview, some much-needed changes have come into the high school game. The aluminum bats used now are safer as they are closer to wood bats in that balls do not come off the bat as fast as they did years ago. Second, just this year a pitch count system is in place to protect high school pitchers' arms and careers.

You will notice from his high school coaching strategies that he is everything you want in a coach. He is enthusiastic, innovative, inquisitive, and strives to produce quality people, not just baseball players. His Cornerstone Coaching Academy offers valuable information for baseball coaches.

I've known Kyle since a young age when he was a student at my academy. Like all players who reach an advanced level of play, Kyle was a hard worker and an excellent student of the game. You will notice those attributes in this interview. Kyle played collegiate baseball at Valparaiso University and is the varsity high school baseball coach at Burlington Central High School in Elgin, IL.

Jack - When did you decide you wanted to teach and coach, and what was your motivation to do them?

Kyle - I decided to be a high school teacher and high school coach while I was in high school. There were three teacher/coaches at my high school, Dave Jackson, Dave Lindley and Paul Hoel who I looked up to and admired. I had a great relationship with them and wanted to be able to affect young people in the same way there were able to.

Jack - What are the things you like most, and least, about high school coaching?

Kyle - The two times of year that I enjoy the most are the first few days of practice each season and the tournament at the end of the season. The first few days of practice are exciting because you are getting to know a new group of athletes; you are getting to see what they can do, and where you can help them improve. The tournament to the end of the year is very exciting as well. Those tournament games are the ones kids will remember as they get older, win or lose.

Jack If there were anything you could change about high school baseball, what would it be?

Kyle - I'd like to see the playoffs done in a double elimination format. That would require teams to use more of their pitching staff and would allow teams to overcome that one bad game.

Jack - Would you like to see a return to wood bats in high school? 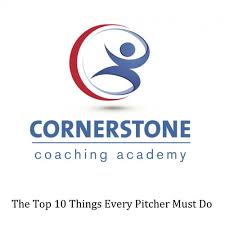 Kyle - My second year coaching, we were a part of the IHSA wood bat study, which meant that we played with wood bats during our conference schedule. From a coach's perspective, I found two things 1.) The kids learned how to hit with the wood bats as the season went on. The games were very low scoring at first, but scoring picked up as the season went on. 2.) The games were lower scoring, and there were not as many extra base hits, so every mistake was magnified. It was difficult to "out hit" your mistakes with wood bats. I would like to see some compromise to between wood and aluminum where the aluminum bats perform more like wood.

Jack - What do you look for when choosing players for your high school baseball program?

Kyle - Obviously, we look for players who have baseball skill and athleticism. What makes the last few cuts on our team is usually behavior, dedication, and an athlete's grades. We check grades and classroom behavior on all of the players who try out for all of our levels. When we are picking the last few spots on our rosters, we want to make certain that the players we pick will positively contribute to the team even if they don't get a lot of playing time. We also want to be sure that our players will not have eligibility problems. We would much rather take a less talented player who will be eligible all year than a more talented player who will not be eligible.

Jack - You were very successful as a player having played Division 1 baseball. In hindsight and knowing what you know now, are there any things you would do differently?

Kyle - I try not to have any regrets about my career, but I try to learn from what I did. As I am mentoring our players through the recruiting process, I always tell them that I wish I had explored Division II, III and NAIA schools more. I was able to win some playing time, but not a lot in Division I. While I had a great experience, I wonder what my experience would have been like had I gone to a Division II, III or NAIA school where I would have been able to see more time on the field.

Jack - What do you recall about the coaching you received as a kid and through high school? Positive? Negative?

Kyle - I had very few negative experiences with coaches as I was growing up. I had some coaches who were very hard on me and held me to very high standards, but they were never verbally abusive. They were all teachers on the field. Their number one goal was to teach their players the game. As a coach, I have seen several examples of negative coaching since I have been a coach. You can tell that by the way players play if their coaches have been positive with them, or if they have been demeaning toward their players. Players who play with confidence have probably been coaches in a positive manner, while players who play with fear, have likely been coached negatively.

Jack - Do you see pitchers that are overused in high school baseball and what kind of limitations do you have for your high school pitchers?

Kyle - Unfortunately, I have seen several examples of overuse in high school baseball. Some coaches are more concerned with winning and losing than an athlete's future. Pitch count limitations are communicated to our athletes at the beginning of the season. A pitcher gets the 10 pitches less than his longest bullpen session in his first start. After that, he adds 10% to his pitch count every outing. Most of our pitchers are capped at 100 pitches, but our pitching coach and I are always monitoring them during games for fatigue. In some games, pitchers may be capped at 80 pitches because they are showing signs of fatigue. In some cases, a pitcher may be allowed to go slightly over 100 pitches if their mechanics are still solid and they don't show signs of fatigue. Very rarely do we throw starting pitchers more than once a week (sometimes they will throw on 4 days rest on Monday and Saturday). Our relievers usually throw no more than twice per week depending on the length of their outings.

Jack - Any particular pitching theories that you follow more than others?

Kyle - Our pitching coach and I have taken a little bit of everything we have learned to develop our pitching program. We have used a lot of what I learned in high school and college, and what he learned in college. We also have pulled some of the NPA drills and conditioning with Ron Wolforth's teachings. Aside from conditioning and mechanics, our mental teachings mirror what we do on offense. We believe that the count is the game. If you control the count, you will be in charge of the game. As a pitcher, you have direct control over the count and how you approach each count.

Jack - Any aspirations to coach at a higher level than high school baseball someday?

Kyle - Obviously, I would love to coach at the college level or pro level someday, but it would have to be the right situation for my family and me. As we have become more settled, the thought of moving and traveling on a regular basis has become less appealing to me.

My first three podcasts, "Something Worth Catching - Like a Baseball" which talk of many things that will help parents and coaches with young athletes, are now up on this site. Please check them out when time. J.P.

END_OF_DOCUMENT_TOKEN_TO_BE_REPLACED

There are 0 comments on "High School Baseball Coaching Strategies "