Beginner Baseball Development Tips - Do not Wait for T-ball} 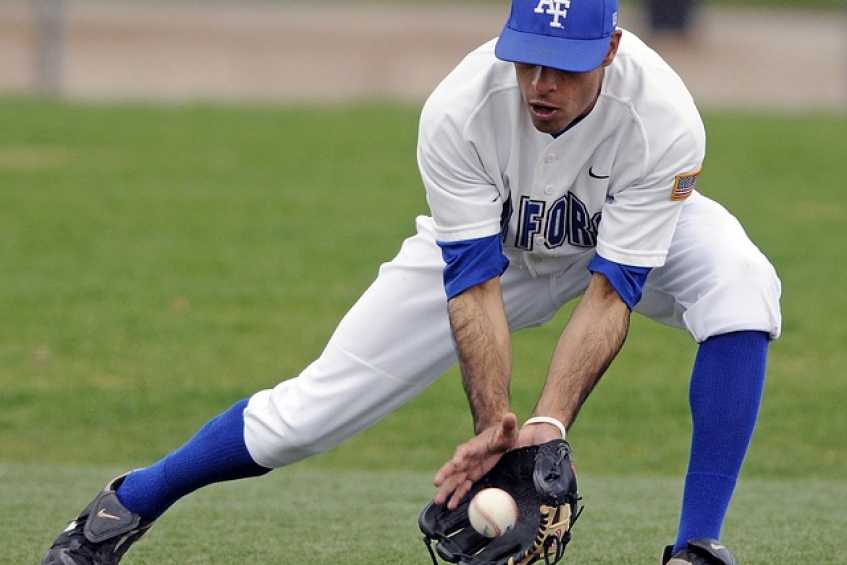 Beginner baseball development - Does your T-ball player measure up

A parent recently asked if I would teach his six-year-old some of the basics of baseball. He mentioned he wanted to get him into baseball and hoped someday he could play high school ball. That is usually too young for baseball lessons, but as a favor, I did it. Some kids that age are into the game enough to listen and play for a while, but most have a hard time concentrating for long. As long as coaches do not spend too much time on one skill, young kids can last a longer time. Spending a half hour on the same thing is too long of a time, usually. Of course, lessons for those under eight are for the parents more than for the child, so I insist that a parent listen and learn at the same time.

My initial, unspoken thought after observing my friend's son was that it was already too late for the youngster to play in high school. He had little idea how to hold a bat, throw or catch a ball. Of course, no player is beyond hope, but he had a lot of catching up to do, no pun intended. I wanted to ask the parent, but did not, if he ever played baseball with his son before and if he took him to any baseball games. By the time a child is five years old, parents who want their child to have baseball interest should have kids playing some ball. This beginner baseball development doesn't mean baseball lessons or organized leagues, of course, but something around the house.

I had already played some ball with my granddaughter when she was one and a half. Kidding in a way, but I roll a ball in her direction, yell for her to gather it and throw it towards me. I shout safe or out with the hand gestures for both. She gets excited and does the same hand gestures. It's my way of creating a little early excitement for the game. She has been to a few major league games before she was two years old, too. The goal is to relate baseball and softball with fun and excitement. Parents can do that for any sport of choice, and it's important to create the excitement early.

Sure there are some miracle stories out there, like Kansas City Royals outfielder Lorenzo Cain, who did not begin playing baseball until high school. But, miracles do not come along very often. By the time kids enter T-ball baseball at the age of five or six, they should have a good base of knowledge and skill. Without that beginner baseball development, players will have trouble having enough success to enjoy the game for long. 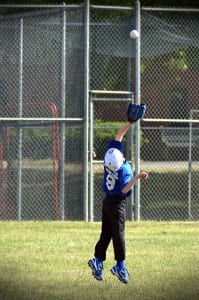 Parents who want a baseball future for their kid, should not wait until the first day of T-ball to develop baseball skills. The T-ball coach has little time to give individual attention to each player.By the time a youth baseball player reaches t-ball, there are certain things they should know. Their beginner baseball development should include particular actions when hitting, fielding, throwing and base running.

Following are the tips that parents should know, so players go into t-ball with a good base of knowledge.

Players should know how to square their body, so their front shoulder points directly at the pitcher. They should know how to grip the bat and hold it upright near their back ear. They should be aware that a rotation is necessary for the swing, along with watching the ball as they do it. Of course, the rest of their career will be spent perfecting those actions. A bonus would be having their feet aligned with both feet pointing towards home and with an understanding of the distance from home they should stand.

The same thing applies to throwing a ball as it does with the batting stance. Players should know how to turn so their front shoulder points at the target. A bonus would be a natural arm action of dropping their throwing arm down back and up, with the thumb under the ball. Another positive would be a direct step at their target. 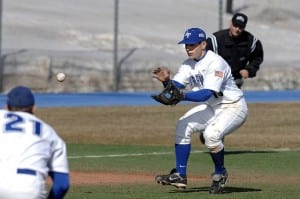 The most important thing about catching a ball at this age is a workable fielder's mitt. Often, a kid's first glove is a vinyl one that doesn't squeeze or has no pocket. Parents must make sure their initial glove can hold a thrown ball in it. Next, players should have an understanding of how to align the glove based on the height of the ball. They should know to keep the fingers pointed up on high throws and down on those below the knees. A bonus would be to have the elbow pointed out on catches above the waist. Learning to catch balls with two hands on line drives is not important at this age as long as they learn to keep their fingers up.

For ground balls, beginners should know to go to the ball because most balls do not come right to them. They should have a good idea of how to widen their feet and bend their knees as they try to field the ball out front. A great advantage at this age would be to align the ball between the feet and eyes, along with using two hands on balls they get in front of.

The main thing for kids to know is the correct direction to run after batted balls. The other important item is how to drop the bat before running to first base. Most base running skills and knowledge, like running around bases and when to run, will come at T-ball practices.

By the time kids reach t-ball, they should have knowledge of where each position is. They may not know the exact spots to stand at each, but should know the difference between the left and right field, shortstop and second base, for example.

A lightweight ball and bat are best for players under the age of five. Playing in a safe area is necessary, too, so bystanders and furniture are safe. Finally, anything players know beyond the above is a huge bonus for their child's beginner baseball development, and for the t-ball coach. #youthbaseballcoaching #baseballcoachingtips