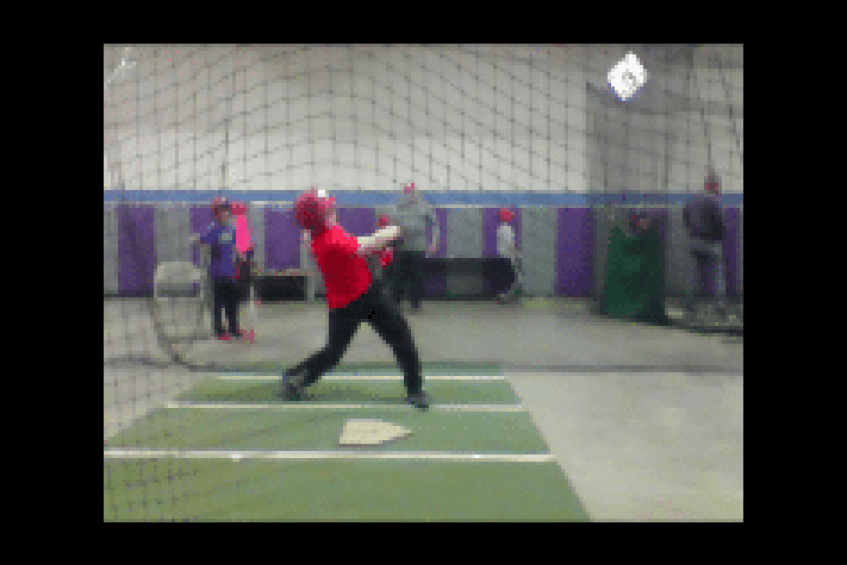 Most baseball parents can relate to this. They are excited to play some ball with their young enthusiast, only to see things quickly crumble. Learning to hit and catch a baseball is very difficult for beginners. It is often made more difficult by adults who do not know how to teach those skills in an efficient manner. After a bad experience or two, getting kids to want to play baseball, at least with mom or dad is not easy. Following are some tips that help develop players, and keep the peace in the family.

People must abandon the macho attitude and round up as many softer balls as possible. The ball size doesn't matter much in the beginning, but safety does. The pain caused by getting plunked by a hard ball gets players scared of the ball, which is the worst case scenario for playing baseball. The more balls available, the less time wasted, which helps keep the boredom away.

Practice should always be with a backstop. Without one, players will lose interest quickly with having to chase after missed balls. With a backstop close behind, the balls will gather nearby or come back to the coach, saving valuable time and energy.

It is imperative that coaches do not stand up and lob balls to players who are half their size for both hitting and playing catch. When balls drop that amount to players, they fail to catch the ball the correct way with fingers up. Hitting lobbed balls is like trying to hit a major league curve ball, when the bottom falls out of it. When players do not learn to catch with their fingers up, they often get drilled when faster thrown balls come at them. The lobbed balls reward batters with big uppercuts, and players with good swings look like bad hitters. This dropping ball method usually turns into coaches trying to hit players' bats instead of the other way around. 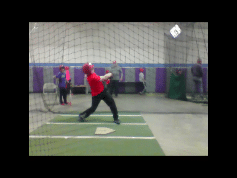 When hitting and catching with beginners, coaches should be on a knee or flipping balls underhand. In that manner throws remain on line which helps players learn the right way to hit and catch in a quick and less intimidating way.

There should be no rush to use hard balls, as it is much easier to challenge players with higher speeds with the soft balls. Gaining confidence to hang in is the key at the early ages of baseball, and it only takes one good blow from a hardball to put fear into players. Finally, using a batting helmet is best, even with safety balls, along with a great deal of coaching patience.

END_OF_DOCUMENT_TOKEN_TO_BE_REPLACED

There are 0 comments on "Coaching Baseball to Beginners - Video"