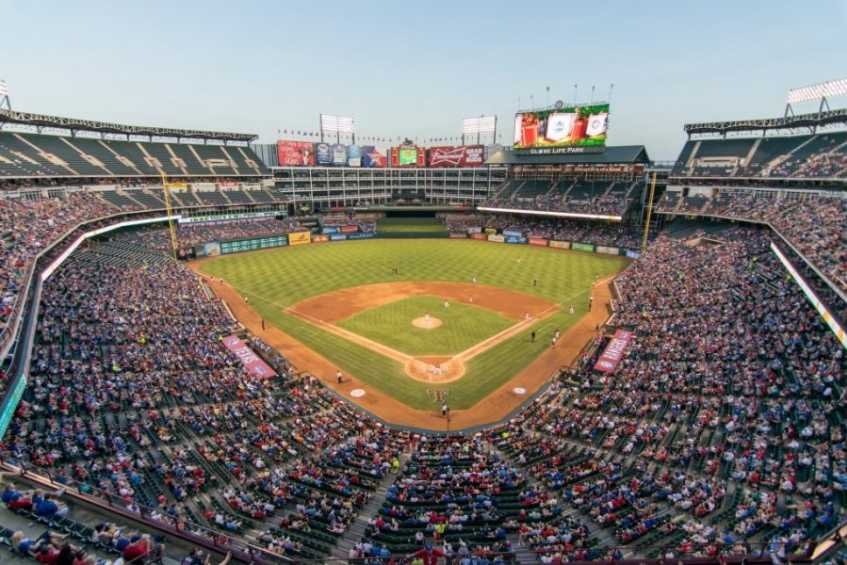 I must apologize for taking so long to write about my 2nd rated major league stadium. It has taken a long time to get over the shock. The fish I dreamed of had gotten majestic. The only problem was that fish is apparently one magnificent lie. Nonetheless, this stadium was truly grandiose.

As a reminder, my number one measure for rating ballparks is how I played in the ballpark. I am no different from anyone in that the most beautiful place in the world is just not that attractive, when the experience there was not that fun. My memories of Royals Stadium, now Kauffman Stadium, are a highlight reel of me reigning there with singles, doubles, triples, stolen bases, and all-out fun. Memory is a confusing thing sometimes; I cannot believe what I read and now know. 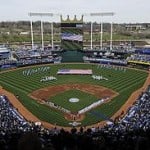 Thanks to an excellent remembrance-destroying website www.retrosheet.org my grand memories have been shattered. It turns out I hit .182 in Kansas City, with only 4 doubles, one triple and few stolen bases. What the heck? What really hurts is that pushes this stadium into the "did not play well there" category, which seem to dominate my career and stadium rankings. It is good to know I still have my top rated stadium left to review, knowing I must have ruled in it. Even though my memories differ from reality in this case, it is a good thing, as I have splendid thoughts of Royals Stadium, Kansas City.

One redeeming feature, which the records show, is that I was intentionally walked once at Royals Stadium ha, take that. The intentional walk ranks as one of the imperial honors in my major league career. Knowing, I was feared enough to get an intentional pass, is a cool, regal thought. Maybe that is why I thought I tore it up in my second rated stadium, as not many intentional walks came my way, with only two career major league home runs, along with not being much of an RBI threat.

Looking back, maybe I should not be surprised with my lack of success there. The eighties were the glory years of the Kansas City Royals, and their pitching staff was kingly. The ROYALS had pitchers Bud Black, Brett Saberhagen (1985 Cy Young winner), Dan Quisenberry, Charli Leibrandt, Mark Gubicza, Danny Jackson, fellow Joliet IL. Native, Larry Gura, and many other solid pitchers, whom I apparently did not hit very well. Along with having great pitching, and looking for another excuse for my hitting failure, I will go with this - those picturesque outfield water fountains were a royal distraction.

Talking about baseball royalty, check out their lineup - Frank White (so steady), Willie Wilson (so fast), Steve Balboni (so strong), Lonnie Smith (so scary, as he flipped me upside down one game on a take out double play slide). Along with many more first-rate players, it comes as no surprise they were world champions in 1985. They had a noble leader, manager Dick Howser, forever remembered by baseball people, who passed away too soon in 1987.

Oh yea, then there was a baseball king by the name of George Brett, who along with Eddie Murray, was the player I was most in awe of on a major league baseball diamond. I was and still am so proud to have stood on the same field, as one of major league's all-time greatest players.

Another glorious memory is that I was there the night another luminary with the last name Jackson, Bo, had his first major league hit. I can picture his infield hit, as if it were yesterday. A royal-blue streak down the first base line, faster than humans can possibly go, as Bo beat out a routine ground ball to the second baseman. Who knew then he would become an all-star and iconic in both baseball and football of course, Bo knew. Knowing I played against possibly, the greatest athlete ever is a matchless recollection.

The final piece, which convinces me that Royals Stadium is in its rightful place in my ranking of major league stadiums is that I was a spectator in Royals Stadium when I was in college, in one of the first years of the stadium's existence. I was a young ballplayer with the imposing, major league dream, and the stadium was a king's palace the baseball version of Disneyland, with the water fountains forever flowing in my mind.

The ballpark, built for baseball only, felt like the road to the future, the door to the western frontier. My playing there one-day was like appearing in Wild West baseball heaven. That vision of heaven (sorry, Iowa) outshines my lack of production there. Even if I had never had a hit in Royals stadium, it would still rank number two on my list of major league stadiums. Dreams come true are mind settling, indeed.

Well, the wait is almost over one stadium to go, or is there a tie for number one because I actually have two stadiums left? The most beautiful major league stadium(s) of yesteryear comes soon.

END_OF_DOCUMENT_TOKEN_TO_BE_REPLACED

There are 0 comments on "Royals Stadium, Kansas City My 2nd Rated Major League Stadium of Yesteryear"