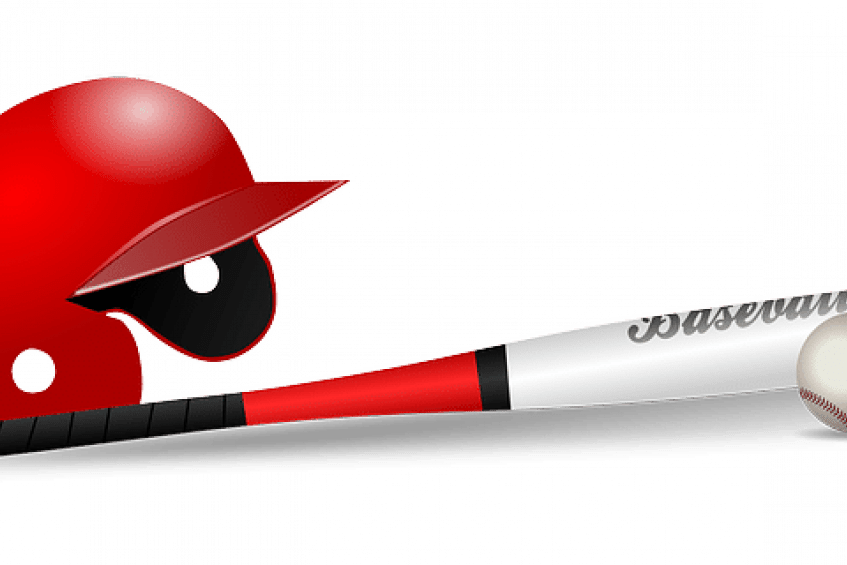 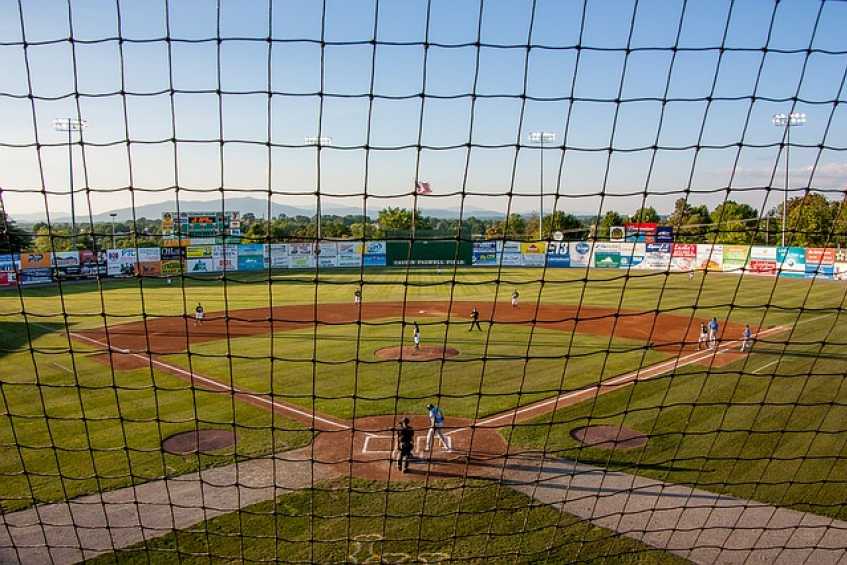 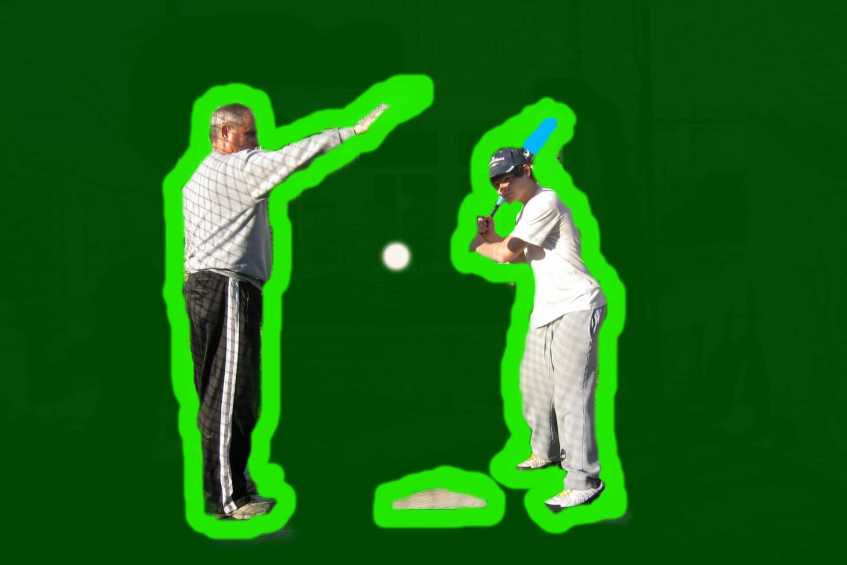 The little league season is about to begin for many youth baseball players. Little league spring training is just as essential for them as for the major league baseball players. One could make a case that it is more important, because of the shorter season and many fewer games. When players get off to a poor start, they do not have the time to recover as the big league players do. With that in mind, coaches and players must be sure players are doing the right things to ensure a fun and successful season.

Of course, a successful season is variable for different kids. Some are content with little success while others expect much more of it. Baseball is a very challenging and athletic game, so training correctly before the season makes the difference. Players, who pick up a ball and bat on the first day of team practice or tryouts and expect to have success, are fooling themselves, nor is it healthy to do it that way.

Also, I have seen many inexperienced but dedicated players begin to train for the upcoming season in the wrong way. Though hard work is always commendable, doing too much too soon may be detrimental to having success. Preparing the wrong way often leads to bad habits, injury, or early burn out. Unfortunately, I learned the hard way myself and fell into some unintentional traps when I played, even when I was in major league baseball.

Here are some of the scenarios as to how ball players mess up their whole season before it even starts, or at the least, put themselves behind from the beginning because of the way they began to train. Of course, those who fail to prepare at all are at the worst advantage.

Little league spring training suggestions, so you are not one of these

The Procrastinator waits until a week or a few days before the season or tryouts. They do just enough to be ready for opening day but little extra. Before they know it, they are in a playing slump and disheartened.
The Non-athlete prepares the bat, glove, and arm but fails to do the strength and conditioning work to avoid injury or fatigue. Baseball is more physically demanding than people give it credit for, and fatigue can arrive soon when players fail to be in shape.
The Gung Ho goes to the batting cages and cranks the speed up to regular season game speeds immediately or throws top speed on their first day of preseason throwing. Bad habits and sore arms are the results of jumping into too fast of situations.
The Impatientfails to stretch and warm up properly. They also go right to the batting cages and pitching mound without doing short distance work that develops sound fundamentals.
The Overconfident thinks they know it all and does not listen or try coaching suggestions. They have short term success that only lasts until their athleticism no longer is enough. 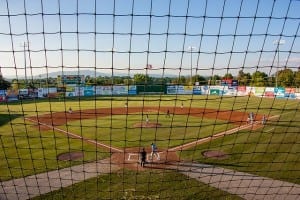 The better the athlete is, the better the chance of reaching one's baseball potential. Any offseason strength and conditioning work pay dividends. Although lifting weights at a young age is not necessary, running technique work, agility drills, and body-weight exercises are suitable for young players.

For kids that are not playing an offseason sport, running, running steps, jumping rope and sprint work is invaluable for ball players. Just as important - players, who work hard physically, become mentally stronger, too. A strong, resilient attitude is vital for baseball players to overcome inevitable disappointments during the season.

Baseball should not be a year round sport nor should players be involved in more than one sport at the same time. However, players need some time to work the kinks out, especially for the throwing arm. It is amazing what one can do in just a short period. In just ten minutes, players can swing a bat 50 or 60 times, or throw a ball that many times. Even living room drills like spinning a ball up in the air, flipping it into the glove and taking it out quickly or fielding ground balls off a wall in the garage or basement are a good start.

The first few weeks are the perfect time to begin reading up on correct baseball fundamentals and strategies. Visualizing the right pictures and plans in the mind is a great way to learn the "how to" of baseball. With all the free information on the internet, great instructional books and videos available, there is no excuse for being unaware of the best drills and fundamentals.

Players, whose parents can afford instructional lessons, clinics, or camps, should take advantage of those. Good coaches point out the correct baseball fundamentals, as well as noticing player's strengths and weaknesses. This added knowledge gives players a good idea of what to work on to make the team and to practice the season long. It is easier to start a habit than to change one, so beginning the season with good fundamentals puts players on the path to success.

It is great to be enthusiastic and eager to go, but players should ease back into baseball skill work. Starting out by taking 100 swings, throws, or groundballs often lead to injuries that set players back awhile. Blisters, sore arms, and sore backs may take weeks to heal, so it is best to begin with half those numbers and gradually increase the workload. 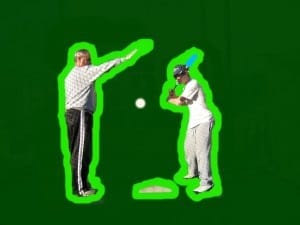 Players should practice at short distances before moving back for all skill work. This system allows players to work on the basic footwork and mechanics necessary for all baseball skills. Batters should begin with batting tee work and short toss until they feel mechanically comfortable. When throwing, players should start at short distances and gradually work their way back, eventually to long toss distance. Fielders should begin with short-distance groundballs and fly ball work to concentrate on proper footwork, alignment, glove work, and crossover steps.

Condition the Eyes, Too

It is vital that players do not attempt to throw and hit at game speeds right from the start. Not only are the arms and bats unready for fast speeds, but players eyes also need time to adjust to the game-like speed. Speed, in the beginning, may seem overwhelming and often lead to mechanical flaws. After a while with gradual increases, players improve as their eyes see things get used to it.

Hitters should begin at slow speeds while hitting at the batting cages or live, and gradually work the up to game pace. The same goes for throwing and fielding. Players should begin throwing slow at short distances and gradually increase the rate. Slow ground balls are best at the start for the same reasons as hitting the eyes and hands are not ready for full speed work yet.

Finally, it is always a good idea to have a written day-by-day plan and week-to-week plan. Planning for success with the above tips lead to a great season.

Jack Perconte has dedicated his post-major league baseball career to helping youth. He has taught baseball and softball for the past 27 years.His playing, coaching and parenting storiescreate betterexperiences forathletes andparents.Jack has writtenover a thousand articles on coaching baseball and youth sports.Jack is the author of "The Making of a Hitter" and "Raising an Athlete." His third book "Creating a Season to Remember" is in the works. Jack is a featured writer for Baseball the Magazine. You can also findJack Perconte at YouTube withover 80 fun and innovative baseball instructional videos.

END_OF_DOCUMENT_TOKEN_TO_BE_REPLACED

There are 0 comments on "Little League Spring Training Suggestions "