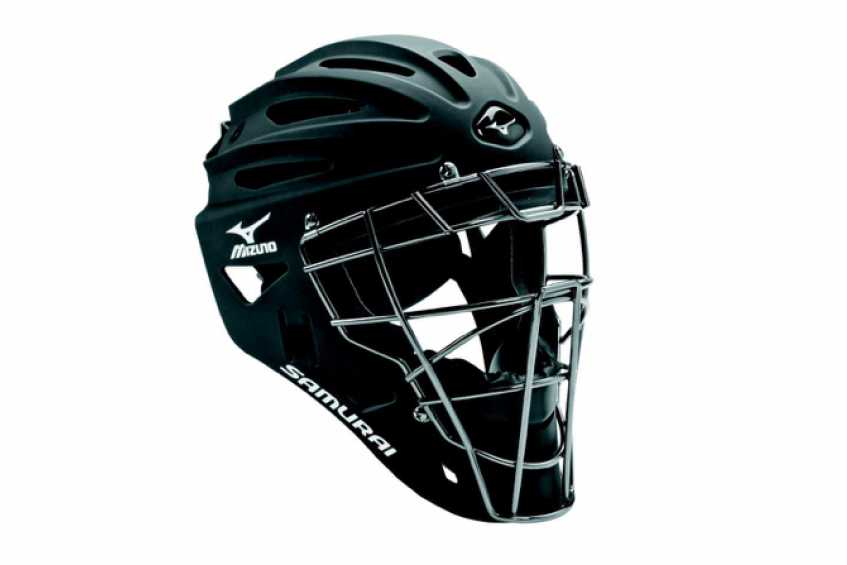 The Mizuno Coorporation was founded by Mizuno brothers, Rihachi and Rizo in Osaka, Japan in 1906. Selling baseballs, apparel, and other sports gear, in 1913, the shop started making baseball gloves and a few decades later moved on to golf clubs. By 1935, we are told, "its golf club showroom was the world's largest."

Then, in 1941 the company became the Mizuno Co., Ltd, and their first American factory was established in L.A. as American Mizuno 20 years later. Endorsements by popular American and world-renowned pro athletes like Joe Montana (NFL), Manu Samoa (rugby), Ivan Lendl (tennis), and Nick Faldo (golf), then hurdled the company into the spotlight, and it soon expanded operations in to the countries of Germany, France, China, and Scotland, according to the company's history page.

As of 2010, Mizuno was estimated to be worth almost 13 million dollars, with over 5,000 employees worldwide. They continue to make golf equipment, running shoes, apparel, swimwear, sporting goods, and sportswear. And one of their latest successful products is the Mizuno G4 Samurai Catcher's Helmet.

In this day and age of concussion management and protection, this hockey-style catcher's helmet is extremely popular. Most companies make one or several lines of catcher's helmets, as they offer more protection to the back of the head and around the ears than the classic removable facemask strapped over a batter's helmet.

However, buying any piece of sports equipment that is both functional and protective, requires the utmost attention in any sports league, but that is especially true for youth and intramural l levels of play. There should be no compromise between the cost of a helmet and the well-being of a player.

Yet, the market is vast with varying price points. Therefore, it can be difficult to decide what product is best for you in such a crowded market space. But, with the right research and knowledge, and a little help from us, the process of choosing the right catcher's helmet should become just a little easier.

When it comes to buying a helmet, there are lots of varying levels of consideration, and the first layer to peel away has to always be the protection and comfort level of the player. And, in the case of catcher's helmet, the two often go hand in hand, especially for youths.

Simply put, if a young catcher doesn't feel comfortable in catcher's helmet, he or she is either, 1) going to remove the helmet too often and at an inappropriate time during active play, or, 2) going to remain silent and possibly wear the helmet incorrectly. Either way, such options are ripe with the possibilities of experiencing personal injury. And that is not what the game of baseball is about.

To further that point, a catcher will routinely get plunked in the face and chest with high-velocity hard, rawhide covered baseballs at multiple points during a game. Also, the catcher is the only player on the field who is actually allowed to and encouraged to physically block the base path in the way of a charging runner who is going much faster than he is, provided the ball is in hand or on its way). The runner, who is included to reach home plate, behind the catcher, to score a run for his team must plow through the catcher at top speed and dislodge the ball in the process.

While this scenario may seem more gladiator-like than baseball-related, it does serve to illustrate a point: The catcher position is, by far, the most physically demanding position on the field (for both player and his equipment). So, their gear really needs to be comfortable, protect, and stand up over time.

In addition to a comfortable and protective helmet, you want a piece of equipment that is going to last through many generations of rough play. Accordingly, many helmet makers use EVA and other foam types inside of a molded ABS hard plastic shell to provide protection, and that technology has remained tried and tested for almost a decade of play.

So, now that you know the terms when vetting a helmet for your catcher, you'll want to ask about what kind of shock absorption it has and then you should ask if it is NOCSAE-rated (many leagues require this anyway).

One note on the National Operating Committee on Standards for Athletic Equipment (NOCSAE), is that they are a commission that "researches aspect of sports medicine and science in order to establish standards for athletic equipment, where feasible." So, this is an important rating to have, to be sure.

Next, EVA foam, for those of you who are sitting upright and paying attention, is also known as Ethylene-vinyl acetate, which most know as a dense, dark, compact type foam that is commonly seen in interlocking floor mats, ski boots, plastic sports cleats, boxing, and MMA gear, fishing reel handles, and, more recently, kitchen knife handles. The finished material is generally considered as non-toxic in its inert state and has long been known for its shock absorbing qualities.

Mizuno has been making sports equipment for more than a century now, and the company has worked closely with many pro athletes to develop their products. Their catcher's helmets are protective, durable, and breathable, and the Mizuno G4 Samurai is rated 5 out of 6 by 61 customers on Amazon comes NOCSAE approved, offering triple layers of tough, breathable EVA foam protection, a tough, impact-resistant plastic ABS shell, and a high-quality steel-framed cage.

As opposed to its predecessor, the G2 version, which offered a hollow ultra-lightweight helmet at around a pound, this time around, the Samurai G4 is designed more like a hockey mask and boasts an elegant function-to-weight ratio of just under 2.5 pounds. Plus the adjustable jaw pad ensures the helmet is worn correctly and is comfortable.

These changes to the Mizuno G4 Samurai helmet make is not only a safe helmet but a breathable one too, and its built-in ventilation modifications result in one of the best cooling systems on the market and help keep the catcher alert and aware of his or her surroundings.

Plus, with multiple detachments and adjustable features, the Samurai plays nice with other protective gear essential to the catching position, like the "rebound controlling chest protector, the detachable shoulder guards, flexible knee pads, and the shin blocks.

Speaking of other gear, we would be remiss if we did not point out that often packages or kits of bundled equipment, like this one, offer a more affordable price point than piecemealing a set of gear together over time.

All of Mizuno's gear is recommended for competitive and semi-competitive league play, and the helmet itself costs about $90, having earned and Amazon's Choice Award as a bestselling product in its class. But the G4 Samurai does have its competitors. For instance, The Wilson Prestige, Rawlings Renegade, Easton Mako II, and Under Armour Professional Gloss all make a similar helmet, and many of them are also NOCSAE-rated.

However, each of these helmets comes with some noticeable caveats. For instance, although the Wilson Prestige catcher's helmet is almost $10- $20 cheaper than the G4 Samurai, it doesn't come with same adjustable features or three layers of EVA foam padding, although it is of a similar weight and offers an on par ventilation system.

The Rawlings Renegade, too, has its drawbacks, though the helmet and catcher set is designed to be both breathable and lightweight. But how lightweight it too lightweight, and when does that start to impede upon protection? This helmet weighs 1 pound total, which makes us wonder how rugged it is at $10 less than the Samurai.

The Easton Mako II is also lightweight and streamlined thanks to its use of newer EPP foam, a generation of super-light, extra-dense foam. EPP is a relatively new product, though, and we wonder how well the shock absorbency has been tested, whereas EVA is a known for its excellent shock-absorbing qualities and has been used for a decade or more. The helmet also reportedly lacks adjustability, which could lead to the potential of a loose-fitting and possibly dangerous helmet. It currently sells for around $20 more than the G4 Samurai.

Under Armor has been making sports apparel since 1996 and got into the sports gear business sometime in the late 2000's. Their Professional Gloss Adult Baseball Catcher's Helmet features a soft interior fabric for maximum comfort, an increased-vision "I-Bar steel cage," and the bacteria-fighting "Aegis Microbe Shield." The gloss finish helps to protect the helmet from wear and tear, and the molded shell is made of high strength ABS plastic. The weight is pretty good (presumably because the shell is stuffed full of impact-resistant foam) at about 2 pounds, however, the Pro Gloss is around $45-50 more than the Samurai.

The next generation of Mizuno quality starts with the G4 Samurai because it delivers improved comfort and great protection for an affordable price with features include the following technologies:

Further, all hardware the hardware used for straps and fasteners is made of high-quality stainless steel and offer "a Grip-Tech slip-proof coating" so that the catcher doesn't have to spend all game making adjustments.

But don't take out word for it. Just look up pros like Jhonattan Vegas, Nick Watney, Nick Faldo, Adam Wainwright, Jennie Finch, April Ross, and Maegan Krifchin so see what equipment they are using. Plus, check out active MLB catcher's who use Mizuno gear, like Tucker Barnhart, Yan Gomes, and James McCann.

In all, Mizuno makes up under ten percent of the gear used in the MLB's, behind Rawlings (58%) and Wilson (28%) but consider that the company did not start manufacturing sports gear in the U.S until the 1960's and Wilson and Rawlings (which also make high-quality products, to be sure,) have US manufacturing pedigrees that date back to almost the beginnings of baseball itself.

Also, Wilson has supplied many jerseys and caps the Bigs over the year and recently acquired the bat-maker Louisville Slugger in 2015, bagging them an estimated 60 percent of bat users in MLB, which means tight endorsement ties with the League. And, no less married to MLB, Rawlings owns exclusive rights to provide The Bigs and its affiliates with baseballs.

Still, while the Mizuno G4 Samurai catcher's helmet and gear have not quite yet taken over MLB, it is interesting to note that an estimated 20% of starting catchers do use the Mizuno catcher's mitt.

And that is ok because the Mizuno G4 Samurai still makes great products for youth, intramurals, and woman's leagues that are NOCSASE-rated, customizable, comfortable, and safe.

There is a lot of baseball to be had out there, and it is not all played under the jurisdiction of MLB.

END_OF_DOCUMENT_TOKEN_TO_BE_REPLACED

There are 0 comments on "Mizuno G4 Samurai Catcher's Helmet Review"