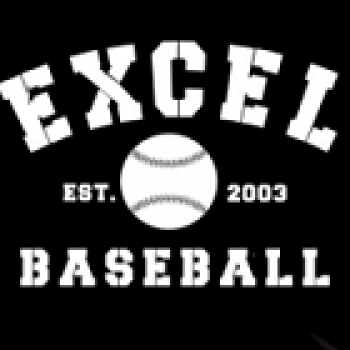 The Excel Baseball Academy is a youth travel baseball organization with select Baseball Teams based out of Oxford, Alabama. They are located in the 36207 zip code and historically they participate in travel tournaments that are mostly local with some limited travel.

Currently the Excel Baseball Academy are actively looking for coaches. Please visit our website or call 123-456-7890 to be considered for one of our travel head coaching positions.

Excel Baseball Academy was opened in the fall of 2003 by Matthew Maniscalco and Josh Beshears following their respective college baseball careers and their first professional seasons. Maniscalco graduated from Mississippi State before playing with the Tampa Bay Rays organization, and Beshears graduated from Berry College before playing professionally with the Kalamazoo Kings.

Excel’s first facility was a 2,100 square foot building located on Barry Street in Oxford. It was there that Beshears and Maniscalco’s goal of training aspiring players through first-class professional instruction came to fruition. The original building featured a sandy dirt mound, holes in the batting cages, and a garage door that had to be opened in order to pitch 60 feet, 6 inches.

Excel closed the first summer while Beshears and Maniscalco went off to play their 2nd seasons of professional baseball and reopened in the fall of 2004 in a new location on Roberts Street. It was then that Steve Gendron, a former teammate of Maniscalco’s at Mississippi State, joined the Excel family. Gendron had just completed his college baseball career at Mississippi State and started his first season with the Florida Marlins organization. Excel would call the Roberts Street location home for almost 6 years, spanning from 2004-2010.

In 2007, Excel began offering year-round instruction after all three instructors retired from professional baseball. In 2008, Excel launched a new branch of the business, Excel Strength, under Gendron’s direction to further develop the athletes’ strength and agility. In the same year, Excel started its first summer showcase team, the Excel Blue Wave, featuring aspiring 17u players from various high schools in central and north Alabama. 14 of the 16 players composing that roster played college baseball, including nine D1 players, five SEC signees and two MLB draft pick. Then in 2009 Excel added a second team, the Excel Blue Sox; and the Excel Blue Rays were added the following summer.

﻿The goal of each Excel team is to expose players to a high level of baseball while teaching them the right way to play the game, showcase players to college and professional scouts, and give them a great experience while preparing them to play at the next level. Excel now carries 9 teams from 12u-17u.

In the spring of 2009, Excel began the plans to move to their current location on Hwy. 78 East in Oxford. After countless hours of planning, construction began on the new facility. In May of 2010, the new 16,000 square foot Excel Baseball Academy was opened.

The Excel team is excited about the future of the academy and the progression of baseball and softball in the surrounding area. During the past 13+ years, Excel has helped more than 350 students move on to play at the college/professional level, including 40+ drafted or signed to play in MLB.

The staff at Excel would like to thank each of you for making this possible through your membership, dedication and support.

Utilize the links below to browse our 15U Excel Baseball Academy Travel Baseball Rankings. These rankings contain some of the best travel baseball teams in Excel Baseball Academy and is comprised of the top travel baseball teams across the state. These rankings are modified based upon your feedback and recommendations. To be considered you must first, create a new coaches account, add your organization and then add your teams. In addition, you will need to complete our contact form stating why your team should be ranked above another. We look at tournament bracket play and do not consider pool play as a part of our rankings; as they say, Championships are awarded on Sunday.

If you have an issue with our rankings or feel we should make adjustments, please complete our contact form and include links and data on why we should consider this claim.

Excel Baseball Academy are featured and listed on SelectBaseballTeams.com!

Find Excel Baseball Academy and all things related to Travel Baseball there.

What is the best drop 3 BBCOR bat?

On this is for school dont if want to. why travle baseball is goodm