Is using a Pitching Machine a Good or Bad Idea? 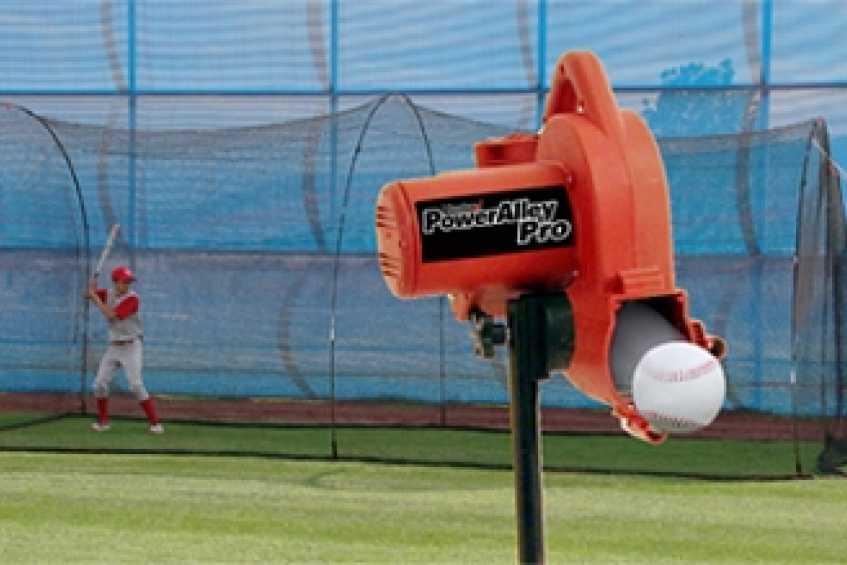 Pros and Cons of a Pitching Machine

When it comes to using a baseball pitching machine, there are pros and cons. Many baseball players, coaches, and parents do not like using a pitching machine because it is not the real thing of facing a live arm. That reasoning is understandable. However, a batting machine can be useful for hand-eye coordination, timing, and bat control when used correctly. However, it will not generally change one's hitting mechanics. Using a batting tee and working with a trained hitting coach is best for improving the hitting fundamentals.

However, there are some instances where the batting machine is better than the real thing.

Why you should consider using a battling machine?

I see many parents pitch to their baseball playing kids who just cannot throw the ball over the plate very often. The batter is not only in danger of getting hit by the ball, but they also get frustrated because they rarely get a pitch to hit. Understandably, the young player gets to the point of not wanting to practice. Another instance where the live arm is not as useful is when the batting practice pitcher cannot approach game type speeds. Many players are great batting practice hitters, but fail to hit in games, because they only see slower than game speed pitches.

In these instances, a batting machine is much more useful because they can be set up to throw consistent strikes and they can approximate game speeds for the age of the player. The drawback to using a pitching machine is that facing the same speed pitch may screw up a players timing. Additionally, depending on the type of pitching machine used, it can be tough to gain any rhythm and sense of timing. Because of those reasons, facing a live batting practice pitcher is best when they can challenge players accordingly and can change speeds accurately. As a result, batters learn to time various speed pitches. What are pitching machine used for?

Due to the strike-throwing consistency, the use of a machine can be very beneficial for young ballplayers who are still fearful of the ball. Using a machine that utilizes softer balls, no matter the size, like whiffle ball machines, can be especially beneficial to afraid players.

Leagues should take into consideration using pitching machines for players after tee-ball. They should do this for at least a couple of years to help the players who are afraid deal with the fear factor and to speed games along. Often, at the 7, 8, 9-year-old ages, strike-throwing pitchers are few and far between, so games drag along with few innings played in the allotted time frame for games.

Having said the above, having access to a pitching machine is of great benefit to most ballplayers, as long as they know the best way to use them. People usually ask me how will a pitching machine help them. I tell them that if you manage to train with pitching machines, you will most likely be able to strike anything, whether it's from a pitching machine, a ball on a batting tee, or a live pitcher. Of course, that is easier said than done because having great hitting mechanics is not easy. As with all hitting, the ability to hit line drives with backspin in the direction of the pitch location is always the batting goal.

It is good to keep in mind that the age of the player is important. The reason is that most pitching machines are set at about 45 to 50 feet from the batter. Therefore, that distance is comparable to the regulation distance youth players aged 7 to 12 compete in baseball games. However, that is a much shorter distance than teenage, high school and above players face in games, so the real speed reaction times differ for older players. That variation must be taken into consideration when you set speeds for each batter. Often, I recommend faster speeds for younger players and slower ones for older kids for that reason. Also, during the season's first practices, pitching machine speeds should be set at slow speeds and gradually increased as the season approaches.

Also, players can move up in the box towards the machine to get slightly higher pitch locations, etc

Which is the best pitching machine?

There is no simple answer to that question. Because there are expensive baseball tools, you have to consider if the machine will last and that players do not outgrow the device too quickly. Many good pitching machines exist in the marketplace and finding the one that best suits one's needs and budget takes research and time. People should consider the age of the players and the location they will use the machine.

Portability is an important factor for some, whereas some teams and players may only need the pitching machine in one location. Costs are variable, and they depend on how sophisticated is the machine you want. Some newer devices can throw curveballs and other non-fastball pitches. However, those will be more expensive but more useful as players age. There are also non-hardball machines that may be more practical for younger players and when a batting cage is not available.

Another advantage of using a pitching machine is that you can move it to other areas for baseball practice. They are good at throwing fly balls, line drives, and even groundballs. A downside to using real baseballs with most machines is that they may wear the balls out quickly as the seams tear apart going through the machine.

1. How do I choose a pitching machine?

There are many pitching machines available, and some of them have multiple options when it comes to pitching. To get the best one for you, consider what your needs are. If you need to move a lot, get a portable pitching machine. Also, if you need more speed, some machines can go for more than 75 mph. Also, don't forget to check for additional features. They will most likely come in handy.

Take the feeder as an example. It will deliver balls directly into your pitching machine, and it will speed up the process and ease up the training. Also, it makes training by yourself possible, with some disadvantages if you plan on training outside.

You can counter one of the disadvantages of training outside if you have a whole team. Because, like that, you can assign team members to run after the baseballs. After all it is good exercise

2. How fast do pitching machines go?

3.Can you use a softball pitching machine for baseball?

There are pitching machines that can throw softballs and regulation balls. However, manufacturers do not recommend using regular baseballs, and they advise you to use the ones made for your pitching machine.
They are not durable, and besides that, they will damage the wheel of the pitching machine. Also, after some time, the balls will not be able to be gripped by the machine properly.

Another disadvantage is that you might end up damaging your bat. Keep that in mind, and consider using a training bat instead.

END_OF_DOCUMENT_TOKEN_TO_BE_REPLACED

There are 0 comments on "Is using a Pitching Machine a Good or Bad Idea?"