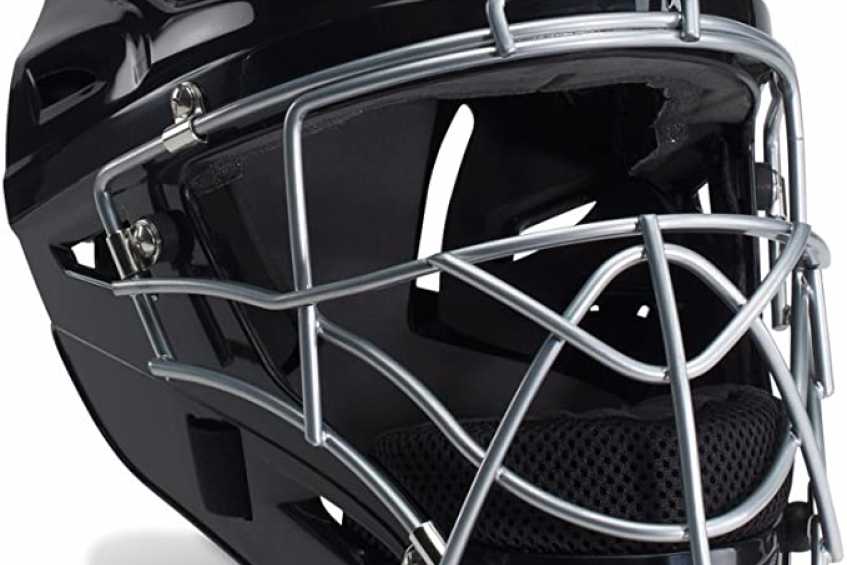 The good news is that your kid is the new catcher on the baseball or softball team.

The bad news is the team expects you to purchase all the protective equipment that's needed behind the plate.

Don't worry. We've researched the most popular brand-name catcher's equipment on the market so that you won't have to do it.

The set that stood out was the Under Armour PTH Victory Catcher's Kit.

The recommended age group is nine to 12. Therefore, keep in mind that the equipment is not designed for the typical player past the age of 12. It would only fit teenagers who are smaller than average.

Among Amazon customers, 91% reported the equipment to be an excellent fit.

The components are made of high-impact "“resistant ABS plastic shell to keep errant balls and bats from causing injury.

Catching is hot work, so the Under Armour PTH Victory Catchers Kit is coated with an AEGIS microbe shield to limit the growth of odor-causing microbes.

The mask also helps a catcher from overheating with breathable fabric in its cushion.

The mask uses an I-Bar Vision steel cage. Its strength gives a catcher added confidence when he can't handle a foul tip headed straight for him. But at the same time, the cage's design allows for less interference with the catcher's vision. He can see clearly what's taking place in the field. For example, he's less likely to have to adjust his mask in order to get a view of a runner on first threatening to steal second.

The catching helmet will accommodate players with hat sizes of 6 Â¼ and 7. It meets the National Operating Committee on Standards for Athletic Equipment (NOCSAE) guidelines with a Safety Equipment Institute (SEI) certification.

The chest guard offers plastic inserts as an additional level of protection for the areas of the shoulders, throat, and sternum. The chest guard is 14.5 inches measured from sternum to navel.

The leg guards from cleat to kneecap measure 13 inches.

The knee and shin pads in the leg guards are adjustable. They're also washable.

What Makes the Under Armour PTH Victory Catcher's Kit Unique?

Under Armour doesn't settle for mediocre equipment even when it comes to youth baseball.

The careful design found in its catcher's kit reveals a key to Under Armour's approach. It creates materials at all divisions of sports that feels and looks like a product that would be found at the pro level.

Pricing of the Under Armour PTH Victory Catcher's Kit

Public Perception of the Under Armour PTH Victory Catcher's Kit

The reviews on Amazon are overwhelmingly in favor of the Under Armour PTH Victory Catchers Kit. Amazon identifies it as the best seller in its category.

Lefties should take note that reviewers mentioned that the chest protector includes the extra shoulder guard only for the right shoulder, the more vulnerable shoulder for right-handed catchers. In addition, the extra built-in padding on the left shoulder can cause slight difficulty for left-handed catchers trying to make throws.

Catchers and parents of catchers said in their reviews that they hardly feel the impact of hits to the shins and knees.

Under Armour competes with several manufacturers in the youth sports market.

The set includes a helmet, chest protector, and shin guards. It doesn't come with a throat guard like the Under Armour kit.

The Louisville Slugger set says its equipment is lighter than its previous versions at 5 pounds.

The Louisville Slugger helmet is listed for sizes 6 3/8 to 7 compared to the Under Armour headgear which accommodates sizes 6 Â¼ to 7.

The kit is listed at $159.95 on Amazon where it has received excellent reviews.

The helmet is slightly larger than the Under Armour helmet as it fits sizes 6 Â½ to 7 Â¼.

The set doesn't include a throat guard. However, it does come with a handy Mizuno logo-emblazoned gear bag.

The reviews on Amazon are enthusiastic. The set also received an Amazon's Choice designation.

The Easton set priced at $150.75 on Amazon comes with helmet, chest protector, and leg guards.

The Eaton set stands apart because of its proprietary Qwik Fit system for securing and un-securing the equipment.

Catchers gear can take a while to put on. The process can even delay a game. For example, a team's at-bat may end with their catcher stranded on base. In that situation, he has to run to the dugout, change into his catching gear, and then run behind the plate in time for the opposing team's leadoff batter.

However, Easton says its Qwik Fit system of "œclick and pull" allows the youngest catcher to suit up with any outside help.

The Easton set gets stellar reviews on Amazon, but some buyers remarked that the Qwik Fit system work as easily as they had anticipated.

The Rawlings hockey-style catcher's helmet is for sizes 6 Â½ to 7.

The Rawlings set can boast of its light weight. It tips the scales at only six pounds. Despite being lighter than its competitors, the Rawlings set meets NOCSAE standards.

Weight is an important factor for catchers. After a few innings in the hot summer sun, catchers begin to appreciate the advantage of lighter equipment.

Customers tended to appreciate the fact that the shin guards use metal clips to fasten rather than velcro.

It checks in at a full two pounds heavier than the company's Youth Players Series. The additional weight comes from the extra padding and thus extra protection found in the Velo Set.

A case in point, the Velo leg guards come with triple protection as opposed to double protection.

The leg guards also have Rawlings patented Supertoe feature which the company says provides increased protection for the sensitive instep. An elastic strap that fits over the shoe keeps the instep padding from shifting out of place.

One of the more painful and yet common injuries that you see occur among catchers is when they can't get the mitt on a sinking pitch or a low foul tip that ricochets off their instep.

Rawlings says the added padding of the Velo kit protects without hindering the movement of the catcher.

The cage of the catcher's helmet is of higher strength and impact resistance in the Velo set.

The collective weight of the equipment is 9.3 pounds. The increase of four pounds over the All-Star Youth League Series Catcher's Gear Set gives you an idea of the step up in quality this kit represents.

The chest protector features a four-point harness. The chest protector also includes a removable groin protector. That gives boys the extra insurance, plus it's a requirement of some youth leagues. However, the removable feature means that girls can easily ditch it when it's their turn to play.

The padding on the leg guards wraps around the leg to defend against errant baseballs off the side of the leg.

The kit is a basic set. According to its listing on Amazon, it weighs only two pounds with a shipping weight of 6.6 pounds.

The two pounds sounds like an error. But the price of$78.76 for the small/medium version of the kit and the price of $81.93 for the large/extra-large version suggest that the weight may not be too far off.

The chest protector and the leg guards use Velcro.

Buyers who purchased the kit for beginner baseball players were rather pleased with the equipment. However, customers with older players in mind were concerned about the durability and safety of the equipment. Some wondered if the simple padding of the kit's leg guards would be enough to protect a player against fast pitches in a league where the players had graduated past coach-pitching.

Some purchasers also complained that the Velcro wasn't sufficient to hold the equipment in place. One parent said that his son had to request time out after nearly every pitch to adjust his leg guards.

What We Think of the Under Armour PTH Victory Catcher's Kit

The one position parents worry about their kids playing on the baseball field is catcher. Seeing their child behind the plate strikes more fear in the hearts of mothers and fathers than watching their kid head to the mound for the ninth inning of a no-hitter.

Their worry is understandable. The catcher takes a great physical punishment along with more injury risk than the other players.

He's in an awkward squatting position each inning. Plus, he has to catch pitches that are sometimes misfired and thus unpredictable. But he also has to worry about the batter.

Occasionally, an overzealous batter will lean too far back into the strike zone. When he swings he strikes the catcher. To make matters worse, the bat typically hits the catcher on the head.

Don't forget that the catcher has to defend home plate on scoring plays. The nightmare for a catcher is to be waiting for a throw to the plate as he's blindsided by a runner coming home.

No wonder parents want their catchers wearing as much protection as the league's rules allow.

A safe investment would be the Under Armour PTH Victory Catcher's Kit.

It's an improvement over entry-level catcher's gear such as that found in the Wilson EZ Gear Kit. Obviously, you're going to pay more "” about $100 more.

However, it's still a bargain compared to the Rawlings Youth Velo Catcher Set.

The Under Armour kit delivers everything you need to send your kid safely into the game.

Nevertheless, we liked the adaptability you get with the adjustable and removable dual shoulder caps on the Rawlings Velo kit. We also liked Rawlings' attention to the instep padding.

If you want to be safe without breaking the bank, we recommend the Under Armour PTH Victory Catchers Kit. It'll last until your kid outgrows it and then it'll probably still be an excellent kit to pass on to the next little catcher in the family.

If money is no object and you feel that your catcher faces more than the usual dangers, we'd suggest you consider the Rawlings Youth Velo Catcher's Kit.

END_OF_DOCUMENT_TOKEN_TO_BE_REPLACED

There are 0 comments on "Under Armour PTH Victory Catcher's Kit"