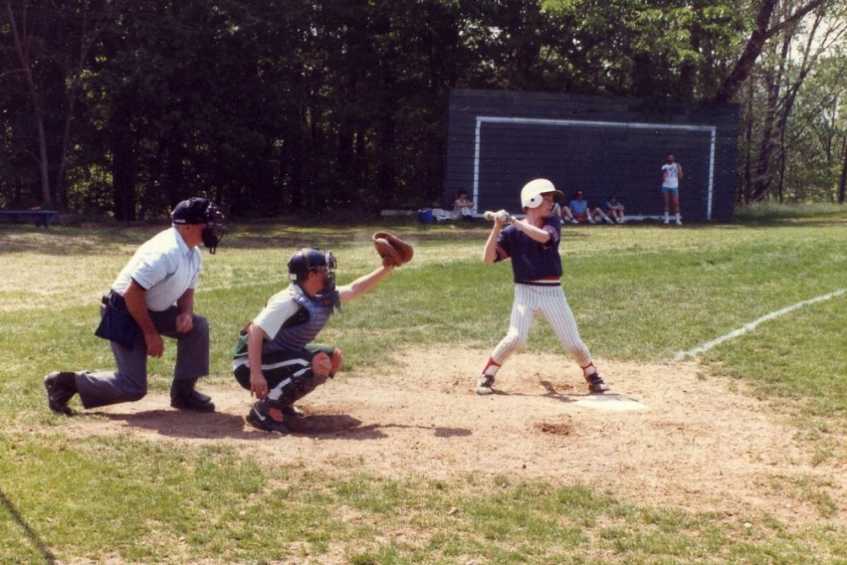 Up three games to one, with just one win standing between them and their first ever World Series, baseball is a cruel game. I'm sure they would love to do it over, if possible.

Some days you wake up and know you screwed up and just wish you could have a "Do over" to make up for it. One of the best things about professional baseball is the chance to do it tomorrow, except for the last day of the season.

I originally thought that this was one stadium ranking I wished I could do over, as I racked my mind to figure out why this is my 11th ranked major league stadium. I cannot think of anything that would rank it above some of my previous major league stadiums. This stadium was not much to look at, not made for baseball in the first place, had no cover over home plate or the baselines, had synthetic turf, was shaped funny, often cold - besides that, it was a beautiful place and the big leagues, of course. Then I went to work, as something down deep in me felt this stadium was a special place. 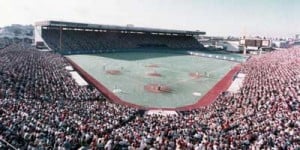 I did some heavy research to come up with some justification for this #11 ranking. After exhausted research over at baseballreference.com, the best site ever for former major league players to recall some glory days, I discovered that I actually hit quite well north of the border. My calculated research shows that I batted over .330 at Toronto Exhibition stadium. Because my main criteria for rankings is how I played in a ballpark, that is enough justification for Toronto Exhibition stadium being this high on my rankings of major league stadiums of yesteryear. That success gives me some redeeming thoughts for putting Toronto Exhibition Stadium at #11 on my list andsubconsciously, I probably knew that and save it for this spot.

Upon further happy review, I discover that I actually had a game winning hit as a Cleveland Indian in Toronto Exhibition stadium. After all these years, I never realized I did anything productive in my Cleveland playing days strike up the band, call the Cleveland Press, this is an astonishing development for my view of my dreadful days as an Indian. Additionally, that win was our Indian 11th in a row who knew and why do I not remember any of that, without researching it?

On another positive note, I really looked forward to playing against the Blue Jays. Besides the chance to go and experience Canada, to hear their cool national anthem, along with the US one, and hear their catchy song, "Let's go Blue Jays, let's play ball," it was an honor playing against such a good team, and a team who had some of the best "baseball names" in the game.

Just hearing the Blue Jays players names announced was so cool Damaso Garcia, Alfredo Griffin, Jesse Barfield (a legend from my hometown of Joliet, IL), Tony Fernandez, Lloyd Moseby, Willie Upshaw, Rance Mulliniks, Garth Iorg, George Bell, Buck Martinez, Ernie Whitt, just to name a few - they just sounded like baseball players, and not only that, they could really play. Of course, no one wins that many games without great pitching and they had that, led by Dave Stieb, Jim Clancy, Luis Leal and many others. Throw in the incredible manager Bobby Cox, and it is no wonder they were so good.

In 1985, they won the AL east, after winning 99 games, and led the Royals 3 games to 1 in the playoffs, before it all went awry. They just had to win one of their last three games in order to move on to the first ever World Series north of the border. In addition, the last two losses were at Toronto Exhibition Stadium, ouch. If only they could have that "Do over," it may have been different. Fortunately, that World Series came seven years later for the Blue Jays. Unfortunately, it was with mostly different players and Toronto Exhibition Stadium never saw those games, as it had given way to a new, beautiful Blue Jay stadium yes, baseball can be a cruel game.