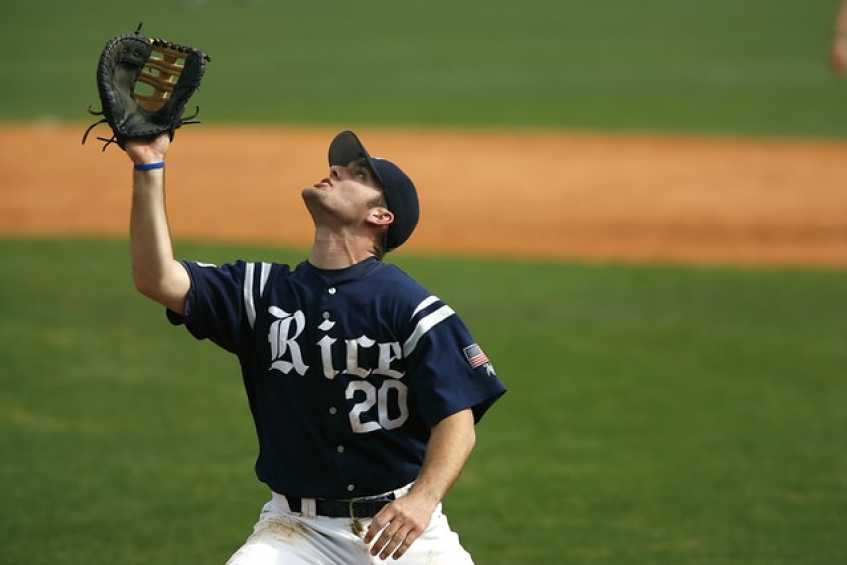 My # 12 Rated stadium of yesteryear is one of those places you look back on and say, "What the heck was that?"

Tiger Stadium Detroit was not in its "hey day" by the early nineteen eighties, having been built in 1912, even before the first of the great wars. It played every bit of its age by the time I played in it. For the trivia buffs out there, research shows that it opened the exact same day as Boston's Fenway Park.

For the most part, my play was like the stadium, tired and weary, but the memories of playing there are mostly positive ones. I remember a three hit game in old Tiger Stadium later in my career, which may have equaled my previous career total there. When I look back on my Tiger Stadium days, it is one of those places that provided some first ever experiences and ones that made you realize you were truly in the big leagues.

The Tigers in the 1980's were very good, especially in 1984, when they won 104 games and proceeded to win the 1984 World Series. Of course, the most amazing thing about that season was their start, having won 35 of the first forty games.As a side note, the Seattle Mariners (my team) brought the Tigers down to earth after that 35 and 5 start, as we proceeded to sweep them in a three game series in Seattle in late May.

Payback is sweet, after they had swept us earlier that season in Detroit and it shows you the unpredictable nature of sport. "Nobody, and I mean nobody, comes into our house and""¦ wait a minute, I forgot we were the lowly Mariners, but it felt good to beat them up a bit. "Lucky theydidn'thave to play us in the playoffs" just kidding again, but when you are a Mariner, you look for anything to hang your hat on.Because of the following memories, old Tiger Stadium Detroit, does not rate below some of the previous rated stadiums on my ratings of major league stadiums of yesteryear. (See list at bottom.)

Where did that Ball Land in Tiger Stadium Detroit

My first memory of Tiger Stadium was that I could not wait to get there for the first time to see where Reggie Jackson's All Star Game home run went on July 13, 1971 recalling one of those vivid baseball memories from my youth. Upon arriving at the stadium for the first time, I head out to the field and notice that the right field seats appear reachable. It leads me to thinking that instead of choking up and being the "Punch and Judy" hitter I was, maybe I should try for the right field seats, and maybe even hit one up there where Reggie went then I wake up.

"What the heck" is That Sound in Tiger Stadium

"Clomp, Clomp, Clomp" Confidently, I move to second base to turn a double play, when I get this never heard before feeling. What the heck is that approaching? A plane (no it's more menacing), a train, (not in here), the incomparable Ernie Harwell's microphone (doubt it), Secretariat? Yes, that's it, in the form of Kirk Gibson fast and threatening, with the earth shaking and my health in danger, my confidence begins to diminish. How in the world can there be 30,000 plus screaming fans, and I can hear a man's footsteps approaching. Unbelievable, but true it is one of those "you know you are in the big leagues," moments. I had never before heard that sound of someone running as Kirk, even in quiet stadiums. My first thought," Why didn't he go to the NFL instead of playing major league baseball," and my second is, "Lucky for the NFLers, unlucky for me."

Who would design a stadium with the stands virtually on the field and the flagpole, which I could not reach with a three wood, in play, in center field? Not only were the fans close to the field, the upper deck stands were even closer than the lower deck ones, giving players that claustrophobic, cloud and crowd hovering feeling. Because of that condition, it was very easy to hear every, "Perconte sucks," those deciphered taunts that fans often used to get you out of your game; but it's all good, any recognition is better than no recognition, at least on the road.

And"¦ the field was cockeyed. At least to me, when I ran out to my position and thought I was playing a batter "straight up," turns out I am just a couple of feet from the second base bag. The field seemed to be off center inside the building very uncomfortable feeling, like no other place. Wonder why I had trouble hitting there.

When my older generation mind thinks of Mickey Mantle, it automatically wanders to Roger Maris, and vice versa. The same goes for two greats on the Tigers Alan Trammel/Lou Whitaker. They go together like baseball, apple pie and Chevrolet sorry, not much originality, but it is Detroit we are talking about here.

It was so much fun watching those two at shortstop and second base. I was in the big leagues too, but watching those two made me wonder why it looked differently and easier when they did it. Neither player is in baseball's Hall of Fame, but if they put combos in, they surely would be.

Trammel should be in the Hall, in my opinion. Just watching him throw the ball across the infield with such precision was a thing of beauty and hall worthy, not to mention his impressive list of offensive statistics, too. Additionally, one of the grave injustices in Hall voting involved Sweet Lou," who did not even get the required 5% to stay on the Hall ballot more than one year? He rates the 13 best second baseman of all time by Bill James, a guy that knows something about baseball history, and has better statistics than many second basemen in the hall. That certainly merits a "what the heck?"

What the heck leads to Come on, Man

Some guys just can't leave well enough alone. Guys like Jack Morris, a sure fire Hall of Famer in my book and hopefully included this year, did not need to add a split fingered fast ball. Maybe, I had faced that pitch previously, but the Tiger staff, taught by the great pitching coach, Roger Craig, perfected the pitch. Until you try to hit it, you have no idea how difficult it is. Fastballs are mostly straight, curve balls and sliders have spin that is noticeable sooner or later,change-upsare tough but available to recognize. However, you have no idea when it comes to trying to recognize the split-fingered fastball. You see fastball, you swing fastball, and whoa, where did it go? Not only do you say, "What the heck," it's followed by, "Come on, man, guys got to make a living here."

Although my play was not very noteworthy in this 12th rated Major League stadium, there are signs that the tide is beginning to turn. I see the light at the end of my big league tunnel for stadiums that my play pretty much sucked in.

Youprobablywon't figure this Hint out for #11 Major league stadium Can I give it to Pete Rose?