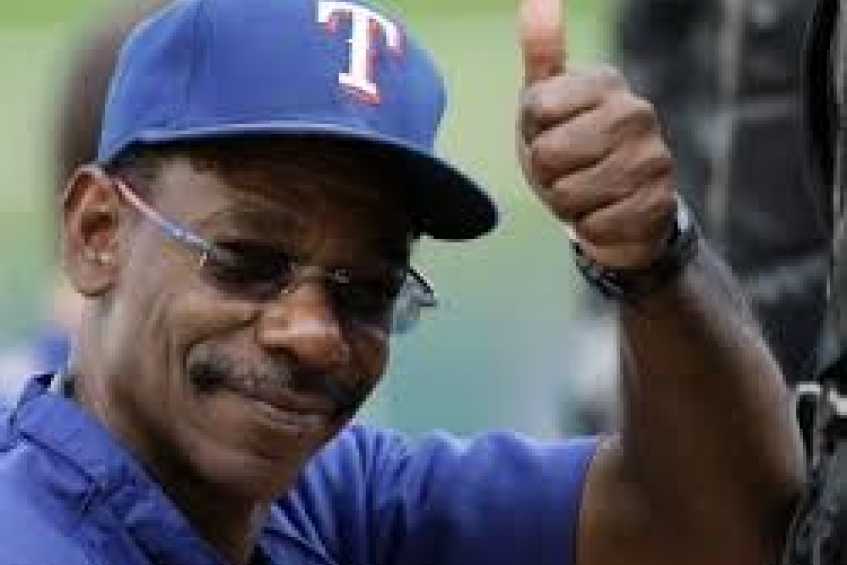 Ron Washington and Me

I am not one of those that always say, "The way we used to do things was the best." I believe in getting on with the times. However, with some of the coaching methods now, like what Ron Washington teaches, I am not sure it is helping youth ballplayers. It is important to realize that kids are just developing their skills and 95% of them will never advance even to play high school baseball. Those are the players I am most concerned with here, the majority.

From my vantage point of having been around the youth game for 28 years, youth baseball and softball players have become worse fielders over the last few years. Maybe they do not practice as much on catching groundballs, but along with that, I believe former MLB manager and current, excellent big league infield coach Ron Washington is to blame.

OK, I know what you are thinking, "Who am I to be telling, Ron Washington, one of the best infield instructors in the world that he is wrong." Additionally, Ron was a great infielder, and I had dubious hands at the big league level. But, I stand by my theory after being around youth baseball for many years. As a side note, I came up with the Los Angeles Dodgers organization and knew "Wash." There was little surprise when he eventually became a big league manager, as I remember an infectious, positive personality and an excellent student of the game.

From My Vantage Point

Back to my point, the current way of teaching kids to field groundballs is making youth infielders less dependable. Players are being trained to shoot their hands forward to field groundballs with a stiffer arm approach. Additionally, they are learning that it is OK to play balls off to the side more with backhands instead of getting in front of balls. The results I mostly see is a generation of "bricks for hands" ballplayers and batted balls getting by fielders.

The new fielding method (seen here) is everything contrary to what I have done and taught for years. I believe in teaching players to get in front of the ball when possible, hands out front, with a giving technique to receive most groundballs. Sure, there are times when a backhand is best and going forward with the glove to snag the ball is necessary, like on balls that one has to charge hard and for short hops. However, the new teaching method on groundballs is developing a bunch of volleyball fielders, swatting at balls. I am not sure that is Ron's intent but it is too advanced for the average youth ballplayer and only works for the top 5 percenters. Unfortunately, a majority of coaches are teaching the new fielding style, producing worse fielders than in the past. At the least, players are very confused now.

Am I questioning Ron Washington's knowledge and techniques? Absolutely, not! He is an expert, who has proven to get the best out of professional infielders. The critical point though is "Professional," not youth ballplayers. Professional and advanced infielders read hops correctly, create the correct angles to balls, and most importantly, play on beautifully manicured baseball fields. None of those apply to the youth game except when they work indoors in the offseason where the hops are predictable. His methods require players to align balls, so they get the desired hop each time. That is sound theory and efficient. However, kids are not that capable, and the minute they get on a real ballfield, they begin to stab at balls that are not there anymore. 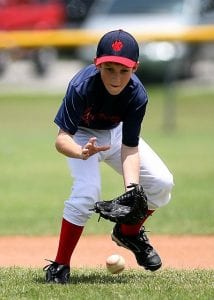 My suggestion is to go back to the get the hands out front and give with the hands, ala A-ROD when he played, until players reach the advanced levels of baseball. At that time, they can learn to adjust to the Ron Washington method, as it is proven to work for the high-level players. Maybe, I am wrong, and if taught consistently at the young ages, his techniques may eventually work. I just don't see it with the average youth player who cannot handle the glove that well or field the ball on the correct hop often enough. Another alternative, and maybe the best solution for advanced players, is teaching them both styles. In time they will figure out which is best for the particular ground ball.

That observation brings me to a similar point, which I have written about before. The same thing is occurring with hitting. Suddenly, youth and high school coaches are enamored with increasing the launch angles with hitting because that is the latest major league baseball craze. Most kids do not, or never will, have the power to smack balls over the fence as the MLB players can. The results are a decrease in hitting fundamentals, a lot of lazy fly ball hitters, and more strikeouts than in the past. Those three are everything I do not like to see in the youth games.

To conclude, there is a massive difference between the "95% ers" and the majority of players just trying to improve and enjoy the game. We must be careful of what we teach to the majority of kids. OK, maybe I am too old school to see the future. My bad, but I think I will stick with what I have seen works.

Jack Perconte has dedicated his post-major league baseball career to helping youth. He has taught baseball and softball for the past 28 years. His playing, coaching and parenting stories create better experiences for athletes and parents. Jack has written over a thousand articles on coaching baseball and youth sports. Jack is the author of "The Making of a Hitter" and "Raising an Athlete." His third book "Creating a Season to Remember" is now available. Jack is a featured writer for Baseball the Magazine. You can also find Jack Perconte on YouTube with over 120 fun and innovative baseball instructional videos.

END_OF_DOCUMENT_TOKEN_TO_BE_REPLACED

There are 0 comments on "Ron Washington, Launch Angle, You're Killing Me"