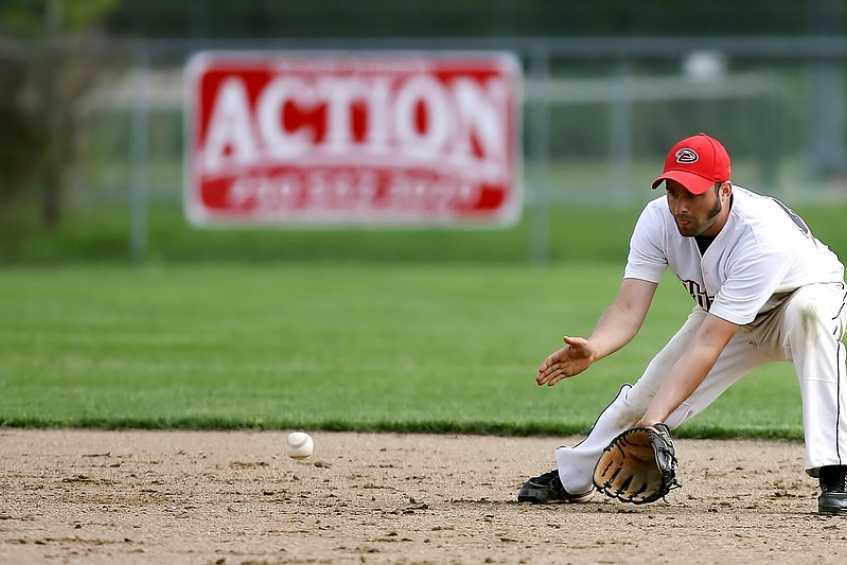 In my dreams, my hands were not as quick as his were, and my body certainly could not move in that way. Only my golf ball acts like the balls off this other player's baseball bat. This is not the first time I have written about feeling as if I was playing a different game than some of the best major league baseball players, but this is no exaggeration these two brilliant, Hall of Famers, and once together on the same team, played a game way above the one I played.

This may be a little roundabout way of getting to the10th rated major league stadium of yesteryear, but bear with me. It seems appropriate, especially this time of year, with the recent announcement of the latest "zero" Hall of Fame class.

Being from Chicago, it was always extra special attending a Chicago Bulls game back in the late 90's. One always walked away shaking the head, and saying things like, "He does things out on the floor that no one else comes close to doing." Speaking of Michael Jordan, of course, and it reminds me of the feeling I used to get in San Diego Padres stadium back in the early 1980's. Two players gave me the same feeling of wonderment. Allow me to call them the tall and small of great baseball players. 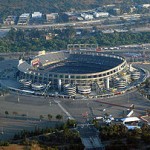 My 10th rated stadium is Jack Murphy Stadium, the then home of the San Diego Padres. I played there little, having been traded out of the national league soon after that, so my memories of the stadium and field are few - almost none to be exact. As my clue from the last stadium review referred to, the amazing thing about Jack Murphy Stadium and their current stadium, "It never rains there," with only one rain out in their 42 or so years, of existence. My memories of the stadiums come and go, but the memories of what went on between the lines never completely diminish.

What makes a place special is the people, and that is why my ranking of Jack Murphy stadium is relatively high for a stadium I remember little about. Two people, one, so tall, the other so small, gave me the chills just watching them and the memories of them still give the same feelings, all these years later.

Dave Winfield, the tall, hit balls that rose like golf balls. My memory pictures teammate Davey Lopes jumping for one of his line drives, only to see it short hop the right center field fence. Winfield was so cool to watch, even how he walked and smiled, not to mention how he could run and throw. Six foot whatever, drafted in baseball, football, and basketball, and stole well over 200 bases in his career, along with all those home runs too; he had Hall of Famer written all over him from early on.

Then there was the small of Jack Murphy Stadium the Wizard, himself. My first sighting of Ozzie Smith was in instructional league baseball back in the late 70's. The look of amazement began with how small he appeared. My first thought of seeing him was, "Since when did they let players' kids take infield practice with them before a professional game." The wonderment never left after watching him field balls. Watching Ozzie play defense was like watching Jordan play basketball, as he did things that no one else could, not to mention his signature back flip, which hurts to even think of doing. Of course, no one could have predicted he would ever hit well enough to become a Hall of Famer, a great testament to the hard work he must have put in to improve his hitting.

Thesigns you have witnessed a Hall of Famer include:. when you cannot wait for them to come to bat, you never go to the restroom for fear you might miss something they do, the head shaking after they perform an amazing play, talking about them for hours after games, vividly remembering their actions forever. I cannot remember even getting in a game at Jack Murphy Stadium, but I am not complaining, as the bench was OK, when getting to observe such greatness and knowing these guys were Hall of Famers in the making.

On a side note, it certainly makes one wonder what the Padres future would have been like if Winfield and Smith had stayed together, as Padres.

A clue for my #9 rated major league stadium of yesteryear Mickey and Reggie were there, but not the baseball Mickey.