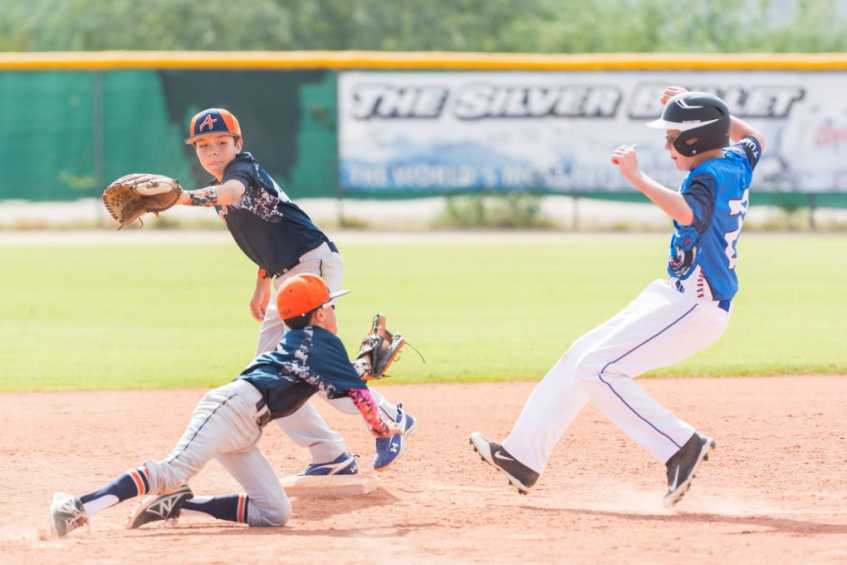 4 Swings to win a million dollars, not a bad deal.

If you are looking for a way to get ball players to learn good hitting mechanics, the importance of using a batting tee, the willingness to practice at home, and the importance of hitting balls back through the middle, try the following. This comes with a warning though, as it could be expensive on the pocket book, even though I haven't had to pay up in over twenty four years of coaching.

I like to give my hitting students a chance to win a million dollars. All it takes to win is three very good swings and one unbelievable one. Of course, they can take the million in one lump sum or over the course of a few years, to save on taxes.

The best part of this challenge is that it gets young hitters enthused about coming to batting lessons and even more so, it gets them interested in practicing at home. As an added benefit, mentioned above, it takes a fundamentally sound swing to win the big one.

First, coaches should find a batting cage, and the longer the cage the better, as 1 million dollars is nothing to sneeze at.

This challenge is best at the very outset of hitting practice with players' very first swings, and not after many practice swings, as that promotes more at-home practice.

Here is how the million-dollar challenge works. A batting tee is placed in the middle of home plate and at the batters knees. The batter aligns themselves up the same distance they stand from home plate, as in a game. As with all tee work, players should begin with their eyes towards the pitcher before bringing them back to the ball as they step.

The goal on swing one is to hit a line drive to the back net without hitting the floor, the top net or the side nets. Hitters, who pull that off, proceed to round two, when the goal is the same, except the batter closes their eyes before swinging. For players who pass the first two parts of the challenge, they must take five swings off the batting tee set at the chest high level, before taking swing number three, back at the original low ball down the middle tee placement. It takes a great swing to be able to swing five consecutive swings at the high pitch and come back on the next swing to drive the low pitch back through the middle. A line drive off the back net on this third swing, gets the player one more swing to win a cool million dollars.

Here goes, for the grand prize, a ball is set on another batting tee at the back middle of the cage. For a million dollars, the batter must knock the ball off the tee cleanly, without knocking it off by hitting the batting tee.

That's all "“Hey, no one said it was easy and I don't have a million any way, but the point is made a good fundamental baseball swing means that players can drive pitches in the middle of the plate, consistently through the middle of the diamond, and even with their eyes closed.

The closest anyone has come to winning the million was this left handed former major leaguer, who I will not name, but let's just say it would not have cost me a million dollars.

END_OF_DOCUMENT_TOKEN_TO_BE_REPLACED

There are 0 comments on "Million Dollar Swing Challenge"