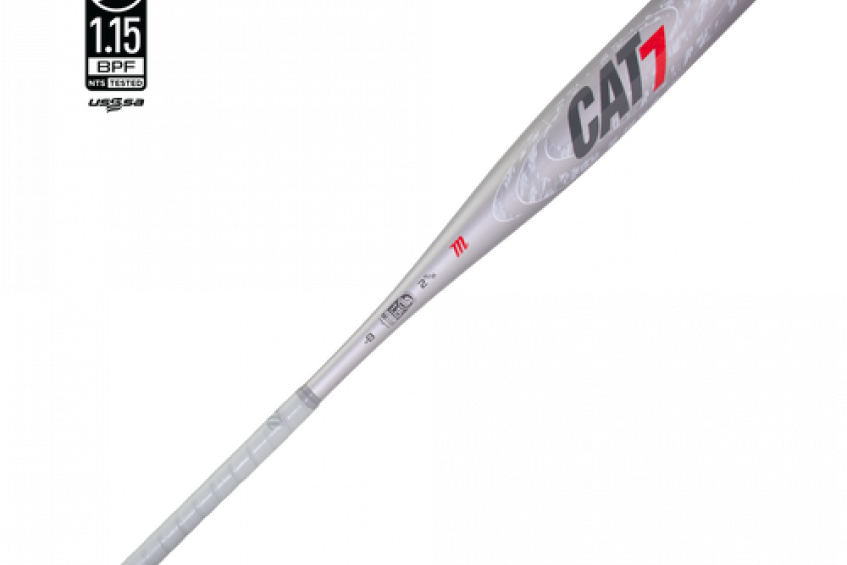 Baseball is such a fascinating sport because one of the most important elements of the game the ball is treated with such respect and admiration that it reminds one of the snitch from Harry Potter.

Despite its incredible importance, the ball is hardly ever handled directly. Instead, players use gloves, bats, and quick throws to send it around the field. It rarely stays in any one players hand for longer than several minutes, and if it happens to be hit into the crowd, then fans jump on it like it's worth a million dollars. And indeed, sometimes it practically is.

This might seem comedic from afar, but this level of seriousness is what gives the game its competitive edge and earns it the label of "America's favorite pastime".

But, because the sport is valorized in this way, the various equipment that interact with the ball are considered almost as crucial to the outcome of the game as each player's ability and physical endurance level.

The baseball bat, in particular, has evolved greatly over the years and this is reflected in the incredible array of characteristics that players must parse through before purchasing one.

In this article, we break down some of these features as they apply to the Marucci CAT7 baseball bat. First, we start off with the basics, focusing on simplifying some of the terms and ideas that apply to bats. Next, we discuss the pros and cons of the CAT7 bat from Marucci. Lastly, we offer our final judgment on the worthiness of this model, positioning it within the cornucopia of bats currently offered on the market.

What is a Baseball Bat?

Unlike some sports equipment, the baseball bat is a uniquely complex product that is distinguished by a number of esoteric terms and concepts. Thus, it is important to understand many of these distinctions before purchasing a bat, especially since they cost several hundred dollars.

A baseball bat is a club-like device made from either wooden or metal and is used by a batter to hit the ball after it is thrown by the pitcher. There are extensive regulations surrounding the size, shape, and weight of the bat to ensure a leveled playing field for all players. However, within this spectrum of regulations, there is seemingly an infinite amount of diversity to coincide with each player's unique swing and batting profile.

The barrel of the bat is the thickest part of the bat and most commonly comes into contact with the thrown ball. Within the barrel, there is a window known as the "sweet spot" because it maximizes the hitter's probability of hitting the ball according to his desires.

Many companies often use this term as a selling point for their series of bats, but ultimately this area is difficult to locate and measure, and there are even conflicting definitions of it.

A bat also features a narrow handle where it is held as well as a knob to prevent the bat from slipping out of the hitter's hands.

Marucci's CAT7 bat is available in four different variations: a 31 inch/28 ounce, a 32 inch/29 ounce, a 33 inch/30 ounce, and a 34 inch/31 ounce. This means that each bat has a drop of -3. This is a pretty significant number and translates to a very explosive swing. Many reviewers have commented that the ball seems to pop off this bat.

This line of baseball bats from Marucci features a new kind of alloy construction, specifically called AZ4X, which is composed of thin aluminum. Marucci is known for using aluminum in their bats, but the CAT7 bat features the strongest aluminum in their arsenal. What's notable is that this construction provides a sweet spot on the bat that is twice as large as its predecessor, the CAT6. This material also provides increased strength and is more responsive.

The thinness of Marucci's CAT7 is also important because it produces a greater trampoline effect than other thicker bats. "Trampoline effect" is a term meant to describe how effective aluminum bats are at harnessing the ball's energy after impact. Aluminum bats are hollow and so the ball's energy and momentum are not lost within the vibrations of the bat but instead are redirected back into the ball. This means that a batter using an aluminum bat with a considerable trampoline effect would benefit from faster pitches.

Despite this trampoline effect, the CAT7 is BBCOR (Batted Ball Coefficient of Restitution) Certified. This is a ratio that many leagues use to determine what bats are able to be used during the game. This is enforced in order to ensure the safety of players and to help offset increasing offensive performance within the league. This certification is a positive because it means Marucci's bat can be used in both training and in games.

The CAT7 is a one-piece bat which means the barrel and handle are composed of a single piece of a single material. This gives the bat a cleaner, more consistent, and more traditional feel.

Additionally, the knob on the bat features anti-vibration technology that makes it feel better in your hands while also reducing negative vibrational feedback on impact.

The barrel on the CAT7 also has a lower MOI (moment of inertia) than previous models. MOI is a measure of the distribution of mass in the bat. The lower this number is, the greater control that a player has over the bat.

Lastly, this bat comes with a simple grip that is not that extensive compared to other pricier bats on the market. This can actually be viewed as positive because it gives the player greater flexibility in shaping the bat to his liking. Specifically, there are all kinds of grips available to purchase independently for a bat, ranging from as low as 10$ to as high as $50. Instead of including a grip that a player might not like, Marucci has smartly decided to leave that adjustment up to the player.

What Are Some Cons of Marucci's Bat?

Despite how incredibly explosive this bat is, the aluminum constitution could be viewed as a negative if you are a player looking to develop his skills and eventually make it to the big leagues. While the lower- level leagues allow the use of aluminum bats, the MLB has banned them. Thus, if you have your sights set on playing with the best of the best, you must eventually learn how to use a wooden bat.

Furthermore, the one-piece nature of this bat can be seen as a negative since two-piece bats offer many benefits.

In particular, one-piece bats have a smaller sweet spot than two-piece bats. This translates to a potential reduction in how far your ball will travel after impact.

Two-piece bats also offer greater flexibility when it comes to finetuning your bat. You are able to control the level of softness and rigidity in the handle as well as the diameter of the barrel. This greater level of control could translate to increased performance if you are able to sculpt the bat better to your liking and style of play.

With one-piece bats, however, you lose this dynamism and must rely more on the underlying material and its characteristics rather than being able to upgrade the bat to fit your needs. This might not be a big deal in the short term, but longer term this might become important, especially if you are still learning to master the game. Eventually, you might want to test out different handles, barrels, or composite materials as your self-awareness evolves.

Another potential negative of using Marucci's Cat7 bat is the loud sound that it produces when hitting a ball. This might seem insignificant, but if you practice in a quiet area that is particularly sensitive to loud noises, then this could be an issue. The constant sound of a ball striking aluminum might be distracting to neighbors and arouse complaints in the community. This could also be especially significant if you utilize some kind of hitting aid or swing trainer in your backyard that allows you to hit a ball over and over again.

What is the Public Perception of Marucci?

Marucci has a fantastic reputation in the baseball community and is generally viewed as one of the most trusted companies that supplies gear for the Major Leagues. It is a very modern company, formed only 10 years ago, but they have evolved quickly over the past decade.

They are perceived so highly because their founders are former professionals and harness this wisdom when making bats. In addition, they have recently formed a Player Advisory Board which allows some of the best players currently in the game to help design gear. This is unique in that most companies usually sponsor players rather than employ them as advisers for product development.

Marucci also specializes solely in producing equipment for baseball and softball, so they are experts in those industries and channel all their knowledge into those sports. This allows them to focus more on the niceties of each product in order to optimize the performance of the player.

After scouring the web for products from competitors, we have concluded that the CAT7 from Marucci is one of the best deals out there when it comes to one-piece aluminum bats.

The company Louisville Slugger offers a very similar bat called the Solo 617 for about $50 more. The main difference is that the Solo 617 offers a custom lizard skin grip that increases comfort and reduces the sting from hitting. While this might be viewed as a benefit over Marucci's bat, it certainly doesn't warrant the steeper price, especially when you can buy separate grips for as low as $10, or create your own using purchased materials.

Easton, another company specializing in baseball gear, offers a bat with similar specs for a similar price. While Easton has been involved in the baseball world for almost 100 years, we still prefer the ultra-modern style of Marucci, a company that has been thriving recently.

Assuming these current trends continue, we predict that Marucci will dominate the baseball market in the future. We think it is smartest to pledge your allegiance to them now, especially if you are an up and coming player who is still training and perfecting his game.

A good analogy might be to the laptop market where user preferences are very much determined by what companies are flourishing. Most specifically, Apple has taken away market share from companies like Microsoft and Dell and has spawned a demographic of passionate fanboys who can only use Apple products.

Essentially, at the $250 price point, you should go with whatever company you think you will continue to use in the future. This might be the most crucial factor in purchasing a baseball bat and baseball gear more generally: company consistency.

Most sporting goods companies feature certain eccentricities in their models which shapes the player's style of play over time. Once players get used to these characteristics, it can be hard to adjust their skills to adapt to a new company's equipment.

Regardless, if you are just looking for a high-quality bat and do not own much gear from other companies, then the Marucci CAT7 is a fantastic option.