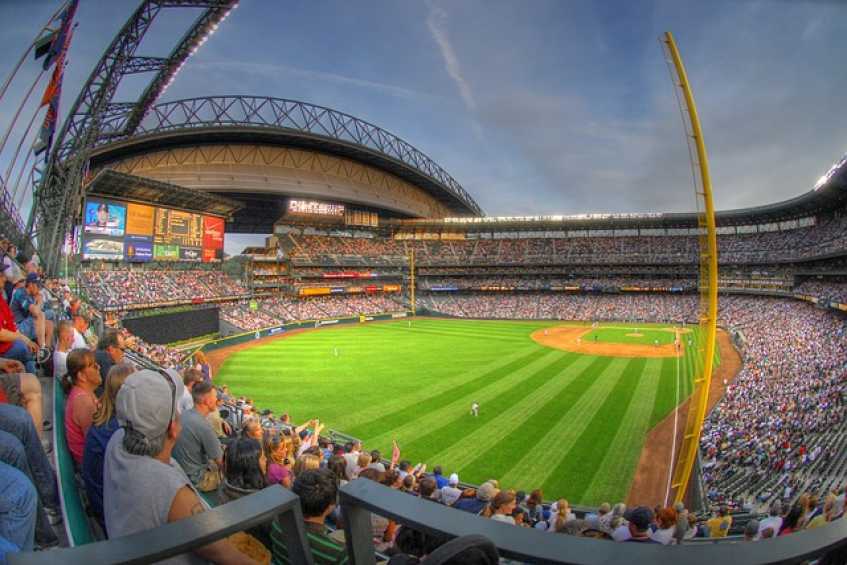 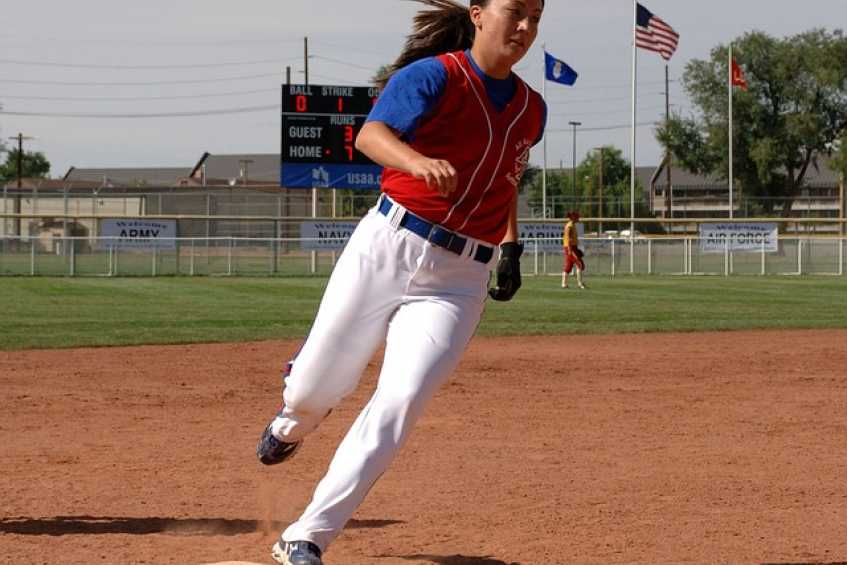 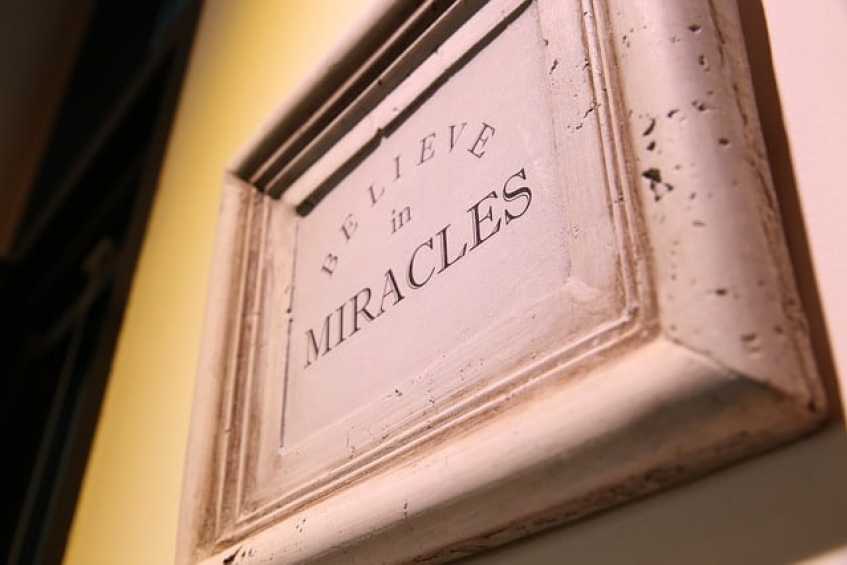 Seattle Mariner Game - What I have had to live with

I had manygreat memories in the Seattle Kingdome. This was not one of them, as it turned out to be a dreadful one.

Here is the line in the box score that has tormented me all these years later.

You may think that Perconte going one for one in the Seattle Kingdome was a success story, but not so fast. Also, this is not particularly upbeat news for many of you either.

Before describing the bad memory that has led to a nightmare or two for me, a few of the famous sports calls in sports history come to mind. All of these ring in my head after what occurred at this Mariner Game. First, everyone remembers the famous Al Michaels line, "Do you believe in Miracles," when the Americans beat the Soviet Union in hockey. What a call and one that me and probably the Soviets hate hearing to this day. For me, this event at the Mariner game fit into the miracle category.

Another goose bumps producing call came from the incomparable Los Angeles Dodgers announcer Vin Scully. "In a year that has been so improbable, the impossible has happened," after Kirk Gibson's astonishing 1988 World Series home run for the Los Angeles Dodgers. Once again, to me the probability of this was miniscule, if not impossible.

Finally, describing the same Gibson wonder, another announcing legend, Jack Buck, said, "I don't believe what I just saw." Yes, every time I think of this event, I feel the same way.

The day was going to be grand for me. It was the day of the annual Seattle Mariner family day. Kids, my son Matthew, and wives, Linda, came to run around on the field and take pictures for priceless memories. Also included was a pre-game charity softball game between the Mariner player's wives and the local media. All in good fun, but that is when things took a dark turn for me.

To help you understand why it was a miracle, here's the scouting report on Linda Perconte in the pre-game press release.

Bats right or left? No one knows. Throws right, we think. Has attended many baseball games watched a few. Not super athletic, but has smoothness and grace about her athletic movements. She looks good doing things, but not very explosive. Play the outfield in and do not worry about great speed on a ground ball. Pretty much saying, an easy out and whatever you do, do not walk her. 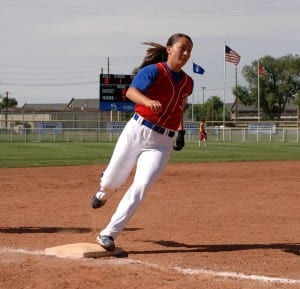 To my recollection, I had never seen her swing a bat before that day, as this was long before girls played much softball. I was quite confident she would find out how hard it was to hit, especially under the pressure of playing on the major league stage. Before the media-wives game, I was busy giving Linda instructions. I figured some basics would be helpful on how to grip the bat and rotate the hips. Anything that would help her to not embarrass herself would be good, as there was little time to go into the finer details of hitting. After all, it is often thought that hitting is the hardest thing to do in all of sports. No one can just pick up a bat and hit, especially someone who has never played before? My best advice, as to all hitters, was to "watch the ball and just try to make contact."

I knew from experience that hitting a baseball was difficult, but I had also played a slow pitch softball game or two in the past. I came to realize that it was not as easy as it looked, either. Hitting a ball solidly that drops from the sky require precise mechanics and perfect timing, not to mention the placement of the ball to get a hit. The possibility of her getting a hit was the farthest thing from my mind. A few other pieces of advice were, "If you strike out, don't swear, throw the bat or argue with the umpire," said only half in jest. Even though Linda was and is an ordained minister, one never knows how someone will react under the big league pressure, so I wanted to cover all the bases."Good luck" were my last words with the thought of "Ain't no way."

I am sure you have figured this out by now. The improbable and impossible met, as in her only at-bat, Linda lined a shot up the middle for a clean base hit. Worst of all, it was on the first pitch, as if she had been doing it her whole life. I was astonished, especially because this was not a "blooper," a bunt or an infield hit, but a legitimate line drive into the outfield.

After picking up my jaw, I began praying that she would get one more at-bat. I could live with someone who had a lifetime MLB batting average of five hundred, but to have to live with someone owning a one thousand batting average was unthinkable. Every time I want to embellish a little with people about my big league statistics, I have to look over to my wife, knowing she never made an out in the big show.

I have had to live with my wife's improbable accomplishment ever since. As I implied earlier for those reading, this has to hurt a little too. Many people grow up dreaming of having the opportunity to hit in a big league park. Only in their dreams can they get a hit in front of the big league crowd. Linda got that opportunity and took advantage of it, with no experience needed. Sure, I was very proud of Linda for that big league hit in a Seattle Mariner game, but"¦ 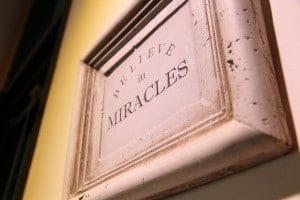 From that day on, I would go home after tough games to hear, "Watch the ball and just make contact, it's that simple." Never again could I say how tough it was to hit on the big league stage. Miracles happen though, sometimes, they have a dark side to them.

Jack Perconte has dedicated his post-major league baseball career to helping youth. He has taught baseball and softball for the past 27 years.His playing, coaching and parenting storiesserve to create betterexperiences forathletes andparents.Jack has writtenover a thousand articles on coaching baseball and youth sports.Jack is the author of "The Making of a Hitter" and "Raising an Athlete." His third book "Creating a Season to Remember" is in the works. Jack is a featured writer for Baseball the Magazine. You can also find Jack Perconte at YouTube withover 80 fun and innovative baseball instructional videos.

Linda Perconte has served as United Methodist Minister for over thirty years in the Chicago area.