How to Throw a Knuckleball - Tips for Beginners 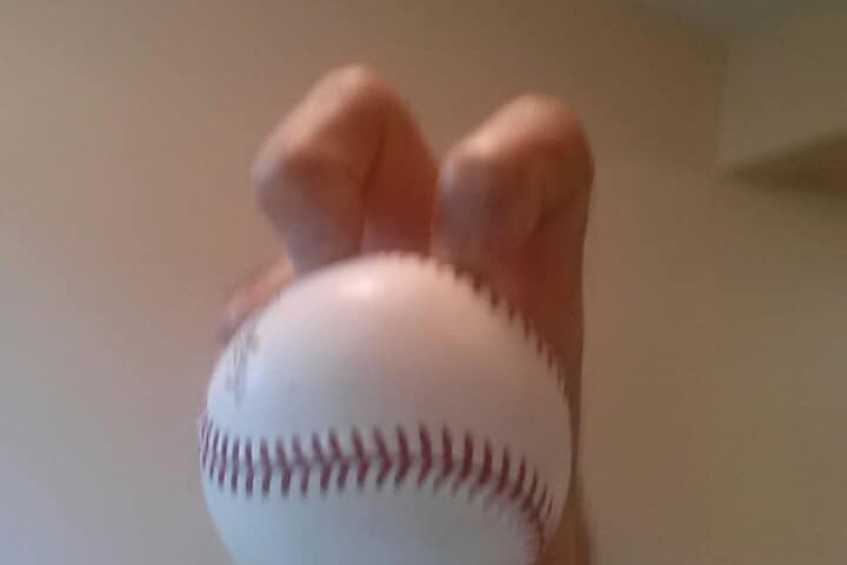 My experience with the knuckleball pitcher in the major leagues gave me firsthand knowledge of the misery of trying to hit it.

With all the emphasis on throwing harder these days, more youth pitchers are having arm problems. A knuckleball revolution at the youth levels is one solution, as the pitch is not dependent on speed. Of course, control does matter, and the problem lies with my revolution theory.

I realize it is hard enough for adult pitchers to throw the baffling pitch, let alone youth. However, I would hate to see the knuckleball disappear, at least now that my playing day is long past. I would love to see Toronto Blue Jay pitcher RA Dickey open knuckleball schools for youth. His story and experience would give the academies immediate credibility. Arms would remain healthier without all the insistence on throwing harder. Kids who will never throw 90 miles per hour would have a big-league chance again.

The Knuckleball and Me

When I played major league baseball, I relished facing some of my day's hard throwers. There were way too many to mention, but fast was not as big a deterrent to confidence. Nasty-breaking balls and split-fingered fastballs were hard to hit, but they still had some predictability. But trying to square up against someone that knew how to throw a knuckleball was an experience like no other. I did not enjoy, nor did many of my teammates, facing pitchers like Charlie Hough and Phil Niekro, the "knuckleballers." To see balls jump every which way was hard enough, let alone trying to square it up on the bat. Older-generation baseball fans like me probably remember the movie, It Happens Every Spring. It was one of my favorites as a kid. For those unaware of the film, a scientist discovered a ball allergic to wood. The second the bat was to make contact with the ball, the ball would jump over or under the bat.

Hitting a knuckleball is the same experience. Swing there, no, it's over there. Swing over there, no, it just moved in a way that defies logic. After swinging and missing it, one could only shake their head in wonder. At least I did. The joke when I played in the big leagues was that a player could be on fire one day and fall into a major slump after facing the fluttering pitch.

My second experience produced similar bewilderment and the reason more kids should try to throw the ridiculous pitch. It involved a game I coached my son's team at the 13-year-old level. My team had our big ace on the mound in a semi-final game in a big national tournament game. Our opponent from South Carolina had a diminutive pitcher on the mound. As our team licked its chops, we knew the game was in the bag before it began. We immediately made plans to pitch our ace a few innings and then get him out of the game with a good lead. We would save him for the championship tilt. Uh Oh! You guessed it from the title of this article. Their pint-size pitcher threw a knuckleball, which our team had never seen before. Even if we had, it would probably not have mattered much. When the ball dances like it do, nobody hits it well. The only hope is to get enough walks to get some runs across. We were shut out with a hit or two. The best-laid plans of men are laid low by the dreaded jumping bean.

What is a shame is that the pitch may become obsolete or at least go absent for a while. Besides the phenomenal knuckleball pitchers RA Dickey and Boston Red Sox pitcher Steven Wright, not the comedian, a few others are on the horizon. Another fabulous baseball movie and much more current than It Happens Every Spring is the documentary film, Knuckleball. It stars former Red Sox great Tim Wakefield, along with RA Dickey. The picture is an excellent look at how to throw a knuckleball and has many words of wisdom from the few pitchers who had success with it. The fraternity who threw it may be the smallest in baseball, right up there in size with the 600-home run club. That group included the couple of guys I mentioned, along with the great Hoyt Wilhelm, Wilbur Wood, and Tom Candiotti. As most baseball people know, Wilbur Wood pitched both games of a major league doubleheader. That alone attests to the less strain on the arm from the pitch.

Most kids will never grow up to throw 90 miles per hour, so their only chance of pitching beyond high school is learning how to throw a knuckleball, which can be effective at much slower speeds.

The only pitchers who turn to the pitch are the professional pitchers who have realized their standard pitches won't cut it at the highest level. Even though it's hard to control, it is surprising that more youth players and coaches do not try it.

I have limited knowledge of how to throw the knuckleball, and the grip alone is brutal. The grip begins with digging one's fingernails into the ball. I guess calling it made more sense than the "fingernail ball." That alone takes much speed off the pitch. Then, attempting to get it over the plate with speed is the trick. Judging by most who give up trying and the very few who have ever perfected it, it's almost a difficult task.

How to Throw a Knuckleball Tips for Beginners

Now, let's review some common mistakes pitchers make when learning how to throw a knuckleball.

It may take a year, two or more to throw strikes with it, but the reward may be worth it. Of course, playing youth baseball is not all about reaching the game's highest levels. The pitch may give kids who want to pitch but have inadequate arm strength an opportunity to get some innings and have fun along the way.

For that reason alone, a knuckleball school for youth would not have trouble getting attendance. For parents of kids with big-league dreams and lack the genetics to throw hard, they would line up to attend, I would think. Finally, finding catchers for the schools of players learning how to throw a knuckleball would be the hard part. Trying to catch the perplexing pitch can make one look silly and incompetent.

Jack Perconte has dedicated his post-major league baseball career to helping youth. He has taught baseball and softball for the past 27 years and writes of his experiences with over a thousand articles on coaching baseball and youth. Combining his playing, coaching, and parenting stories, he continues to help create better baseball and sporting experiences for both athletes and their parents with his writings. Jack is the author of "The Making of a Hitter" and "Raising an Athlete," with his third book "Creating a Season to Remember" in the works. Jack is a featured writer for Baseball the Magazine. Plug-in Jack Perconte at YouTube and find over 80 fun and innovative baseball instructional videos or watch them here.