How to Use Batting Cages for the Most Benefit 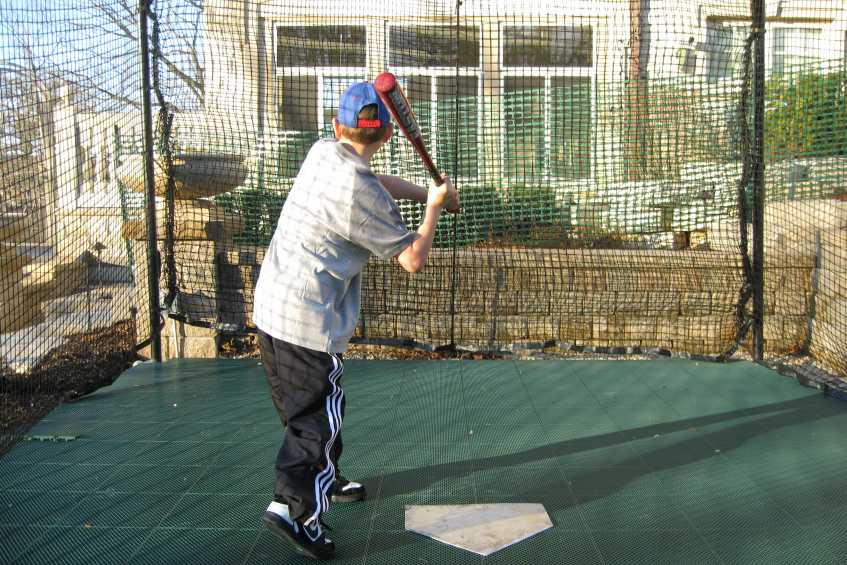 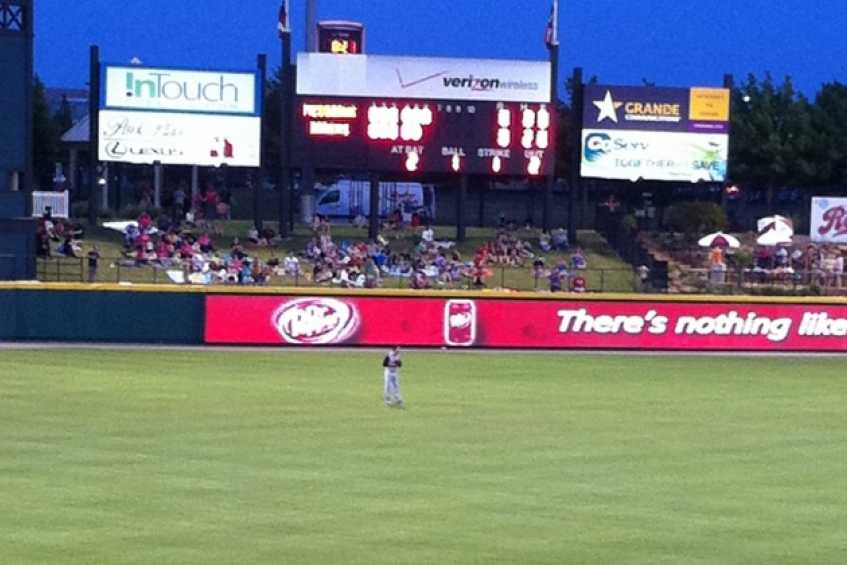 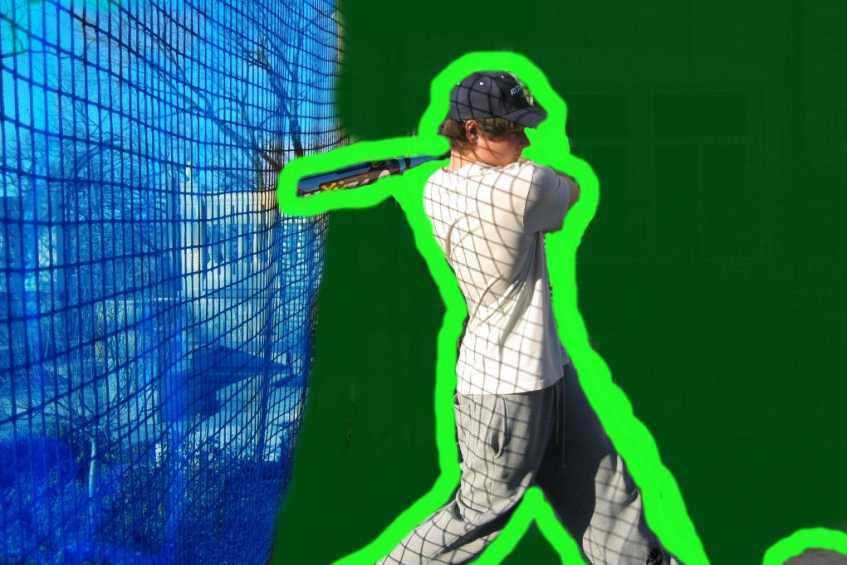 Results of Academy Batting Cages showing up now in MLB

If there is one thing I know, it's batting cages. I have lived in batting cages since I retired from major league baseball. After teaching hitting for the past 30 years, I have to admit that I have enjoyed every second of that caged up time.

It is astounding to see the caliber of young hitters coming into major league baseball, but it should not be surprising. Many of them are beneficiaries of the surge in baseball academies, travel team facilities, and practice batting cages over the last twenty or so years.

After the first of the year is the time that baseball players begin heading to the indoor and outdoor batting cages, depending on the weather in their area. Now, most communities have a baseball and softball academy nearby with many batting cage size areas. Players and teams work out at them to sharpen up before and during the season.

When I grew up, batting cages were non-existent or few and far between. They were not as necessary then, as groups of neighborhood kids would head to the local ball diamond and play all day. When groups were not available, we played one on one with any type round object in smaller areas around the house. We practiced hitting and throwing all summer long, without realizing it was practice. It was fun and something to do, as we didn't have the batting cages, technology alternatives, and other activities of kids today. Finding things to do was vital, and they usually included physical activity, unlike the times now.

I often think that I learned to hit playing whiffle ball in that manner. The whiffle ball with holes on just one-half of the ball moved in all kinds of crazy ways, and it helped to learn to hit the curveball, sinker, and riser. Good mechanics are necessary to square up balls that dart all over the place. The old-style, half-sided holed whiffle ball is an excellent way to teach young hitters to understand angles of pitches and ball movement. That is a story for another day.

The Necessity of Today's Batting Cages

Of course, the point is that without the baseball academies and batting cages available now, kids would never get the repetitions needed to learn to hit. Neighborhood play with big or small groups of players is rare, now. Baseball and softball academies have replaced the at home play, fortunate for the youngsters that love playing baseball. Many of the current young MLB stars breaking into the big leagues today are products of baseball academies. They are the beneficiaries of up-to-date instruction and years of practice at the baseball schools. The results of those facilities and player practice are showing up with polished hitters entering the big leagues at very young ages and without the usual grooming in the minor leagues as in the past.

Young players can get more swings in one visit to a baseball school than kids in the past received in weeks. Additionally, the instruction with the help of video analysis is something players of years ago were not privy to getting.

Of course, players from the warmer states and Latin American countries play can play outside year-round, but that is not the case for those from other parts of the United States and the world. Even in those countries and warm weather areas, academies have sprung up to pass on the available knowledge of in today's game. Often, they further player development much quicker than learning on their own and playing outside. Academies are the neighborhood play of yesteryear.

Getting the Most out of Batting Cages

Of course, knowing how to use the batting cages correctly and having adequate instruction is necessary. To get the most out of the batting cages and when possible, coaches should do some of the following to make it more on-the-field like and exciting for the hitters.

By the time I reached professional baseball in 1976, pitching machines were around a little more at the college and professional levels. The master pitching machine around in spring training by the Los Angeles Dodgers, and in the offseason, the local college had a whiffle ball machine. I certainly wish I knew how to use them then, as they often screwed up my timing more than helping it.

I have seen seasons ruined by facing fast speeds at the beginning. Either, bad timing or bad habits came from trying to adjust to speeds batters were not ready for hitting. A subtle way to make sure the batters stay back, a key component to hitting, is to have them wait for slow pitched balls. I often say that there is no such thing as too slow a pitch and lob balls to help players stay back. It takes time for players to get used to increased speeds with their eyes and bat quickness. Gradually increasing speeds over the course of weeks is best. Additionally, it is easier to speed the bat up than it is to slow it down when the hitter's timing is early.

Speed changes in batting practice help with timing different speed pitches in games. Rarely do pitchers throw the same speed, so facing the same speed pitches the whole time does not help with hitting multiple pitchers and pitches. Practicing at the same speed is one of the drawbacks of batting machine use, so players should adjust speeds when they can or move forward and back to change the timing of the pitches.

When using a machine try to set the speed that approximates the average of the pitchers' speeds, you will face during the season and then adjust a little slower and faster from that speed.

It is a good idea to begin hitting with a no stride approach to get a feel for the timing of the pitches and to avoid jumping at balls. This no-stride method also allows players to focus on other hitting mechanics without worrying about the timing of the stride. Batting practice is a good time to experiment with different batting techniques. One thing I often tell my hitters is that game hitting, and practice hitting does not have to be precisely the same.

When batting practice pitchers cannot throw full game distance or throw strikes, pitchers can close the gap from home plate. As mentioned above, they must be careful of over challenging hitters from close range Pitching machines that are inconsistent with pitch location are more game-like but putting kids in danger of being hit by balls is not a good idea.

Players may want to use a different bat than their "gamer" as the wear and tear from use in batting cages can break wood bats and wear down aluminum bats.

When batting cages allow room for teamwork and multiple hitting stations for short flips and batting tee work, coaches must adhere to safety procedures. The use of softer balls may be a good option in that case as well as having players wear helmets.

Finally, hitting line drives in the direction of the pitched ballis the best indicator of a good baseball swing.

Jack Perconte has dedicated his post-major league baseball career to helping youth. He has taught baseball and softball for the past 27 years.His playing, coaching, and parenting storieshelp create betterexperiences forathletes andparents.Jack has writtenover a thousand articles on coaching baseball and youth sports.Jack is the author of "The Making of a Hitter" and "Raising an Athlete." His third book "Creating a Season to Remember" is now available. Jack is a featured writer for Baseball the Magazine. You can also findJack Perconte at YouTube withover 80 fun and innovative baseball instructional videos.