How to Hit a Curve Ball - Video 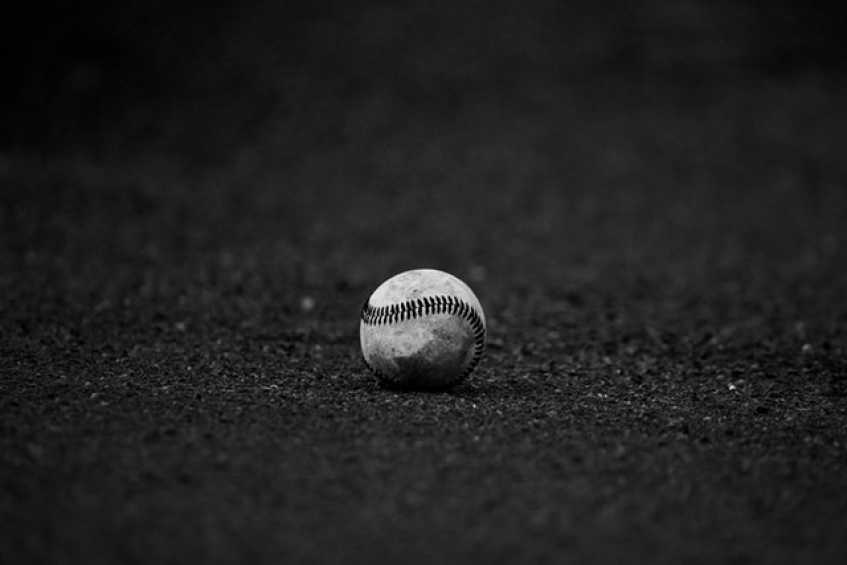 Learning to hit the curve ball is a difficult process for most players and for coaches, it is rarely as easy as simply telling hitters to "wait and hit the ball the other way." Gaining experience at hitting curve balls is difficult too, because most coaches are unable or unwilling to throw them to players in batting practice.

A great first step to help coaches with fear or unwillingness of throwing curves is using a quality rag ball. Throwing curves with rag balls is easier than curving a regulation baseball and they also help players, who are often fearful of being hit by hard baseballs. Coaches should mix the rag balls in with regular baseballs during batting practice.

Understanding ball movement is the first key to hitting them, so initially informing batters when a curve ball is coming helps them get a feel for the action of curve balls. In this way, players begin to recognize arc and spin differences from a fastball arc and spin. The next step is having players recognize curve balls without them knowing when the curve is coming. The best way to do that is by having hitters hold up on their swing every time they see a curve ball. This no swing at any breaking ball shows that players recognize the pitch, which, as mentioned is essential. Batters hitting position after taking the curve ball also indicates when they are not staying back or buckling the knees, both incorrect habits. Another batting practice method for recognizing curve balls has players stand in during pitchers' bullpen sessions without hitting and have them yell or raise their hand the second they notice curve balls, instead of fastballs.

Once coaches notice players recognize at least a majority of breaking balls, coaches continue to mix curves in with fastballs and have players swing at all strike thrown pitches, with the intention of hitting balls in the location pitched, which is always the best batting practice philosophy. Informing players to hit breaking balls the other way is a good mental tip for helping batters wait on balls, but that philosophy often has players wait too long and they and miss the opportunity to drive the ball, so I shy away from that idea with inexperienced players.
Before batting practice, I use a few other drills to give players a clearer picture of the action of the pitch and the hitting actions necessary to hit it.

The first mechanical key to hitting curve balls involves keeping the hands back. The fake flipped ball drill where coaches hold the ball, or release the ball, after the batter strides, helps players keep the hands and weight back. 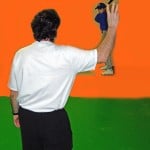 how to hit curve ball

The next thing I want players to understand is the horizontal movement of curve balls, as it moves away from them. This action is possible by flipping balls from a side angle, as seen here. From behind a pitching screen, not seen here, coaches offset themselves to create balls moving away from them. With this drill, batters look straight ahead and use their peripheral vision to notice when the ball is coming, before trying to hit balls up the middle and to the opposite field.

To help players understand the changing vertical level of pitches, the two balls flipped drill helps. With this drill, coaches call out which pitch players swing at. As in games, players should anticipate hitting the high ball, considered the fastball with this drill, before adjusting to the low one, the curve ball, when that is the one called. Flipping balls from behind a screen is preferred to this protective measure.

At the lower levels of baseball, hitters may notice an initial arc difference of the ball out of the pitchers hand, but this is less noticeable with advanced baseball, when waiting to read the spin on the ball is usually the first indicator of the breaking ball.

Changing speeds with players during batting practice at all levels of baseball is good to help hitters learn to wait, even when coaches do not put spin on the pitch.

Of course, developing a fundamentally sound, compact swing is an ongoing process and the key to hitting all pitch speeds, locations, and ball movements. A compact swing allows batters to wait the longest on pitches, making hitting curve balls possible. Finally, having a compact swing becomes even more crucial at the higher levels of baseball when later ball movement as with sliders, cutters and sinkers, becomes a factor.

Blog categories:
Video of the Week
Hitting Videos
Tags:
featured
how to hit a curve ball