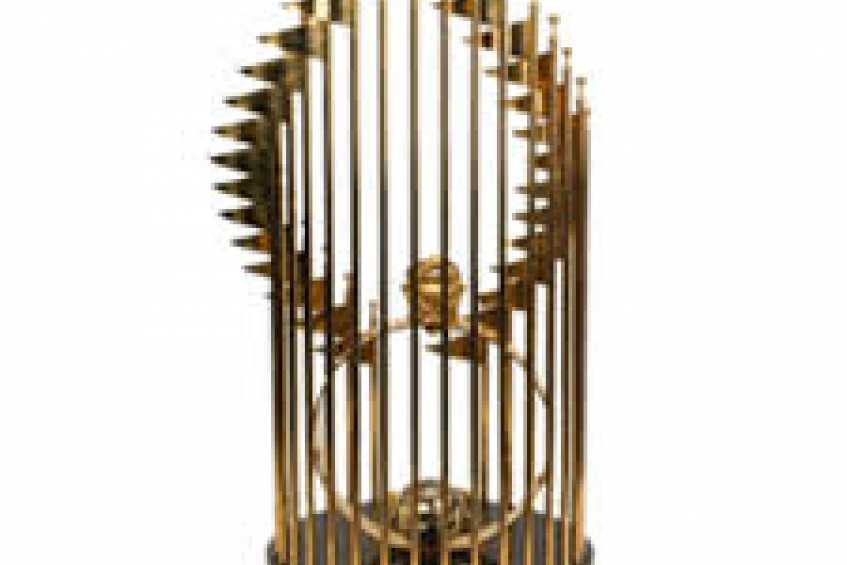 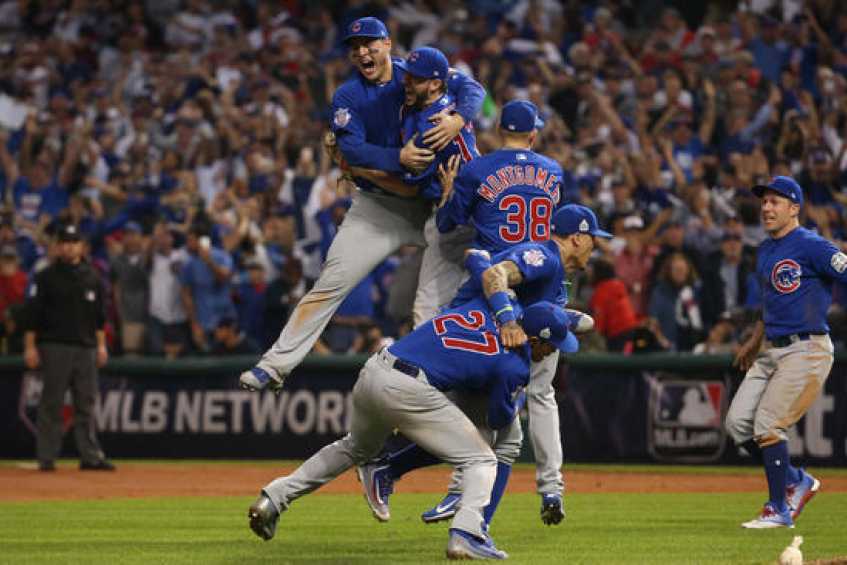 Historic World Series was that in many ways

What a historic world series that was a fun ride and especially knowing that history would be made one way or the other. The end of the baseball season is always a sad time for me but it does allow a lot more sleep time moving forward. Being in Chicago I feel the emotion of the Cubs fans and what the championship has meant to them. It makes me realize the joy I would get if the Seattle Mariners ever won the whole thing. Even though I played for the Los Angeles Dodgers, the Cleveland Indians, and the Chicago White Sox, too, I felt most part of the Mariner organization because of the opportunity to play the most.

I have to get my usual, annual rant out of the way first. Why do the games have to start so late? I asked many of my students this week how many watched the end of the final game of the World Series and I would say only 10% of them said they had. Many were understandably forced to go to bed by their parents even for those who would have liked to stay up till midnight to watch the end. What better way to hook kids on the game then to have them watch one of the most thrilling games in the history of the game? They moved one of the games up an hour earlier for the rain possibility and that made a huge difference on people being able to watch the entire game especially the younger fans. Oh well, I assume it is the almighty dollar winning again, but seems to me, someday that can come back to haunt them.

I know it's on a Sunday, but even the barbaric NFL starts the Super Bowl at a reasonable hour, so people can watch the whole thing along with the celebrations and interviews after. The World Series should be for the kids, too. OK, rant is over and it's on to other World Series observations.

Of course, it is easy to second guess anyone, as the players ultimately decide the games but"¦

I saw where former Cub pitcher and current San Francisco broadcaster Mike Krukow was very critical of Cubs manager Joe Maddon. Mike felt he over managed the final game and that the Cubs win despite his moves. As much as I love Joe, I have to agree with Mike on this, even though I wouldn't go so far as to call Maddon arrogant as Mike did. I do not know him that well or know why he made some of the moves he made. It did seem to me that Maddon seemed to follow the lead of Terry Francona with his early bullpen moves. Of course, the big difference was that the Indians were without their number two and three starting pitchers for the series. Francona had no choice but to have early hooks to get his bullpen into games, his better pitchers. It seemed like Maddon made some moves just to make them at times, as his starting pitchers were the strength of the team. Maybe, it was the 108-year pressure, but ultimately the Cubs had the better team, at least with the mentioned pitchers out for the Indians.

Ultimately, the Indian bullpen wore down and it eventually cost them the series.

Being from Chicago area, I see more of the area teams, so it is easier to notice things by the home club. I am sure the Indians have just as classy players and moves as the Cubs.

I just cannot say enough about the class displayed by many of the Cubs young players. One instance comes to mind. In the biggest game of their lives and with all the emotion evident, Kyle Schwarber is tagged out trying to stretch a single into a double. His first reaction is not to be upset and pound the dirt or something. No, he immediately asks Francisco Lindor if he was alright as the slide took him right into the shortstop's legs. At another time, the cameras caught Anthony Rizzo apologizing to the umpire for something. It takes a big person to show compassion under the most intense of times. Great job by those young players "who get it" and a great message for young ballplayers.

On the other hand, I do not like the moves by some of the veteran pitchers like John Lester and John Lackey, who stare down the umpires after not getting close calls that are obvious balls. They try to intimidate because of their years of success, I suppose, but it shows little class in my book. Not a good message for young players.

Most Memorable of the Historic World Series

So many cool things have been said about David Ross over the course of the season. He seems like the type leader every team needs and a guy people would love as their next door neighbor. How cool was it to see him hit a home run in the 7th game of a historic World Series? In my last professional at-bat, granted it was in Triple-A baseball, I had a triple in my final at-bat. It is a comforting thought to go out that way and I can picture the at-bat as if it were yesterday. I know David Ross will remember that home run foreveras if it just happened.

A moment no one can describe notice how many players say they are speechless afterward. The faces of Zobrist and Rizzo after the go-ahead double in game 7 were priceless and so real. 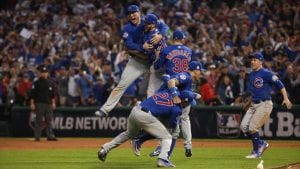 Speaking of my last game, I too went out a champion, once again at the minor league level. My last game was a Pacific coast league championship for the 1987 Albuquerque Dukes. I knew I was done after that game and the euphoria that came from that championship is one I've never had before or since in my sports playing life. I can only imagine what it was like to win the World Series, as I was not on the playoff roster for the 1981 Dodger World Series victory in 1981. The sense of group euphoria for the winning team is indescribable and incredible take my word for it.

So close, yet so far. As they say, people do not remember who came in second, at least not for long.

All but Cubs fans have to feel sorry for the Cleveland Indians franchise. So close and yet not to be once again. To be up 3 games to 1 and to battle back from big deficits in game 7, one would have thought it to be their year. Nothing to hang their heads on, they fought hard to the very last batter.

Although memorable, the quality left a little to be desired, at times.

The quality of the defensive play was not as evident in the World Series as I thought they would be, after watching both teams in the playoffs. The Indians outfield defense was subpar and the Cubs infield was not as reliable as usual. Probably understandable under the circumstances. When guys try too hard to come through, they tend to overplay balls and mess them up more. A Johnny Miller always mentions during golf tourneys, "Pressure does funny things to people."

Finally, the 2016 historic World Series proves what I have always known, baseball is the greatest sport ever invented.