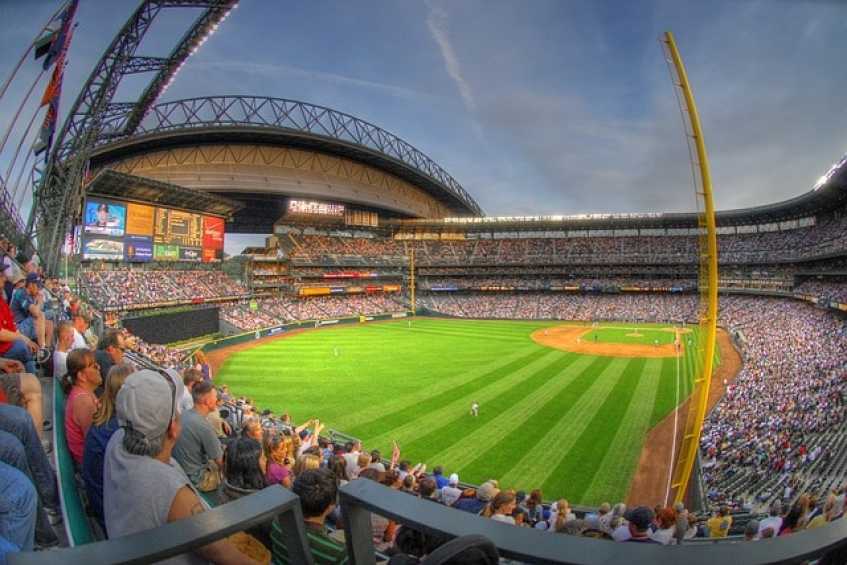 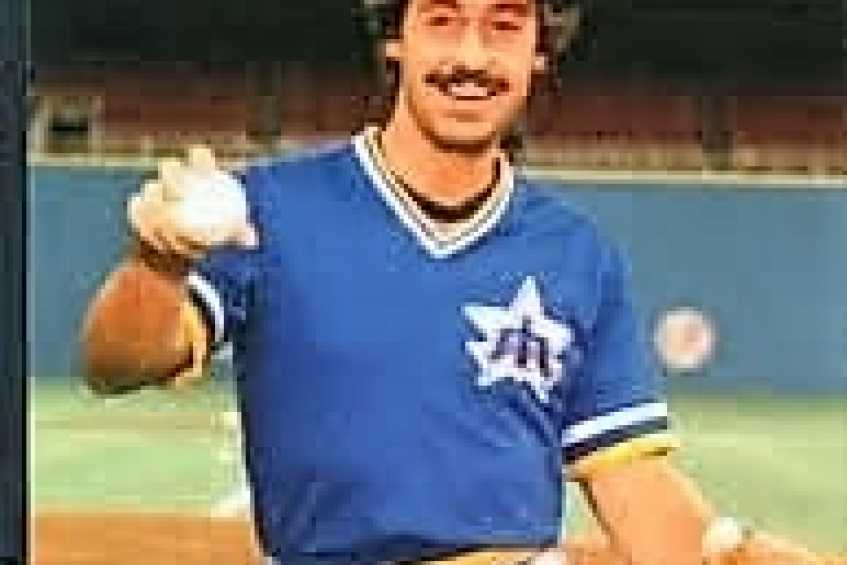 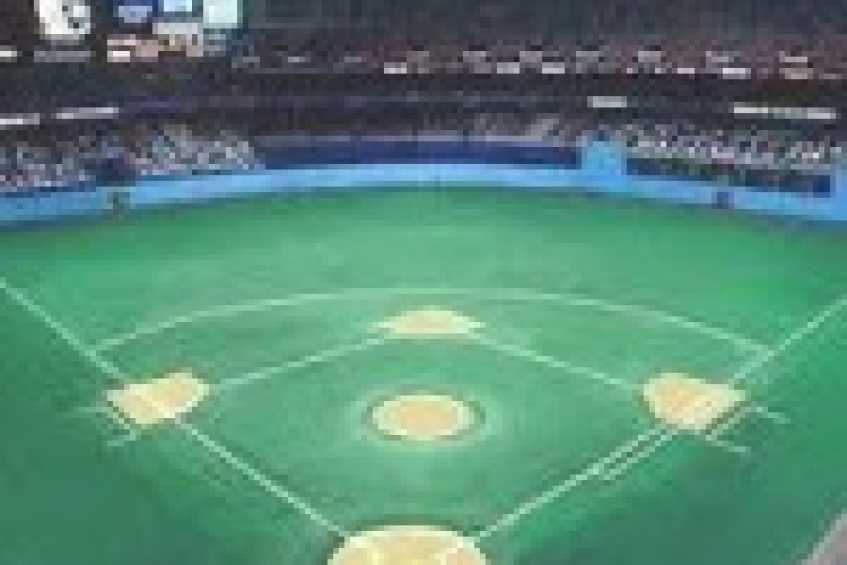 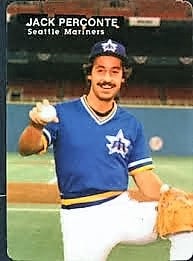 Following was an interview conducted by Arne Christensen, which talked about my glory years with the Seattle Mariners. Of course, it was not all glorious, but in my career, they were the days I cherish the most since my playing days ended.

My Glory Years with the Seattle Mariners

I know Mark Langston was the Mariners' emerging headline pitcher when you were with the team. Was he someone you could identify right away as a major talent?Ifso, was thatmainlybecause ofhis fastball?

I was new to the Mariner organization in 1984, so I didn't know much about any of the players. It was evident from the start of spring training that Mark had everything it would take to be very successful. Along with the great arm, he had the poise, class, and demeanor of a major league pitcher. I don't believe it was a tough call to keep him on the big club that year. It was a joy to play behind him, and I believe everyone got a little more "jacked up" on the days he pitched.

I grew up watching the late '80s A's, and of course, Mike Moore and Dave Henderson werekey parts of those teams. What are your memories of the two of them as Mariners? I remember Hendu's ebullience and hisgap-toothed smile as much as I remember his skills as a player.

Two more great guys to be around and play with -Hendu had such a joy of playing that was contagious and Mike Moore I remember as real professional with great talent.

What position were you in coming into spring training in '84? You hadn't played much in '83 with Cleveland. Were you confident you'd succeed, nervous, eager to have the chance to prove yourself in a starting role?

The Mariners had traded for me that off-season, I am sure that was because of manager Del Crandall's suggestion because I had played for Del in the minors. I was always a little short of confidence my whole career, but I felt assured that I would be given a good opportunity to make the club because of Del's presence. Always a little nervous but that is a good thing and extremely eager to put the memory of my 1982 Cleveland Indians play behind me.

This may be repeating the previous question, but what happened in '84 toenable you to win thestarting job at second andelevate your play that year?

I was obsessed with proving I could play in the bigs. I was able to concentrate through my lack of confidence, and it helped to have Crandall, who believed in me, putting my name in the line-up every day no matter my previous day's performance.

From looking through the archives, it looks like your departure from Seattle was pretty bitter. Looking beyond your release, what was wrong with how the Mariners' management operated in those years?

I was very fond of everything about my Seattle experience so when I was released, great disappointment set in. My words may have come across as bitter, but it was mainly disappointment and some immaturity on my part.
I don't believe the organization was any different than most teams trying to make it all work but of course they had not won much over the years, so they were still trying to figure it all out. I didn't believe then or now that they were out to hurt me with my release just trying to put the best team on the field that they could. Of course, all players feel like they can help a team, so it is always hurtful when released.

I saw a 1992letter to the Seattle Times that said, "What this team needs is a steady, inspirational leader (and producer) such as Seattle had a few years ago in Jack Perconte."It sounds like you were a popular player: a lot of the Seattle fans had a particular appreciation for you, and I guess some of them still do. Where do you think that came from?

I only knew one way to play, and that was all out. I believe my teammates and the fans appreciated that. Of course, part of my "hustle" was due to feeling insecurity over whether I could succeed in the majors. Give the person who wrote that about me a huge hug from me. It is nice to be remembered.

Was it more satisfying to start the two years for the Mariners and play pretty well for mediocre teams or to be a backup/late-season call-upon the '81 Dodgers and win a World Series?

Personally, by far to play for the Mariners because I was a much more integral part of them however, I am proud of my Dodger contributions, although they were quite minor ones. Having received a World Series ring and trophy from the Dodgers I have a great fondness for being part of that team success.

My Glory Years on different ground? 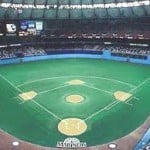 What was the Kingdome turf like? Did it give true bounces, did it have nasty seams, or was it essentially just standard, predictableAstroturf?

I would say standard and predictable. Because of the true bounces of turf, it helped my fielding percentage immensely. I did not possess great major league hands so the true hops helped I could get used to the speed with concentration, so not having to adjust to inconsistent hops like on natural outdoor fields helped my defensive game.

As a second baseman, how did you adjust to playing balls off turf instead of dirt and grass? Was it something fairly easy to get used to?

As mentioned above, great concentration can overcome most anything so if one stays focused and has good fundamentals; fielding is manageable on any surface. My defensive weakness showed up more on turning double plays than fielding the ball.

How did the turf affect you as a base stealer and running the bases? I noticed that you had very good steal numbers in 1984 and '85, and wonder if the Kingdome had anything to do with that.

I believe it did not having to worry about wet turf helped. It also had a lot to do with batters behind me in the order. I came to understand how they would pitch them and that would help me pick the best pitches to run on.

Could you describe the atmosphere of playing in the Kingdome, notso much the field, butin terms of the fans, having air conditioning and a roof over your head, things like that. I see attendance in '84 was only about 10,000 per game, so I imagine the team had to motivate itself much of the time.

Playing in the big leagues was motivation enough, not to say that playing in front of larger crowds wasn't desired and a little more exciting. My goal was to concentrate on what needed to be done so that often, I was oblivious as to the size of the crowd. The fans always seemed knowledgeable and appreciative of our efforts as far as I can remember.

What were the benefits of playing in a dome? I talked with Mike Pagliarulo about going to Minnesota in 1991, and he said the dome helped him get a productive routine established.

I would agree with that. Also, indoors took out some of the elements (wind, rain, snow, dusk, shadows, sun, etc"¦) that can make playing outdoors a little more difficult.

What was your reaction to the Kingdome's demolition? Had you been back in the place since your playing career ended?
I watched the demolition at home and I was surprised with how sad I felt. I was back the year after I retired, maybe 1989 or so, but never since.

What's your basic memory of the Kingdome? Is there nostalgia for it, or is it just too hard to have fond memories of a dome?

In general, ballplayers (at least me) judge ballparks not by their fans, looks, location, etc"¦ but by how well we played in a park. With that as the standard, the Kingdome was my "Field of Dreams."

END_OF_DOCUMENT_TOKEN_TO_BE_REPLACED

There are 0 comments on "My Glory Years "