Does Your Ballplayer have Mental Toughness <!-- [How to Give it To them] --> 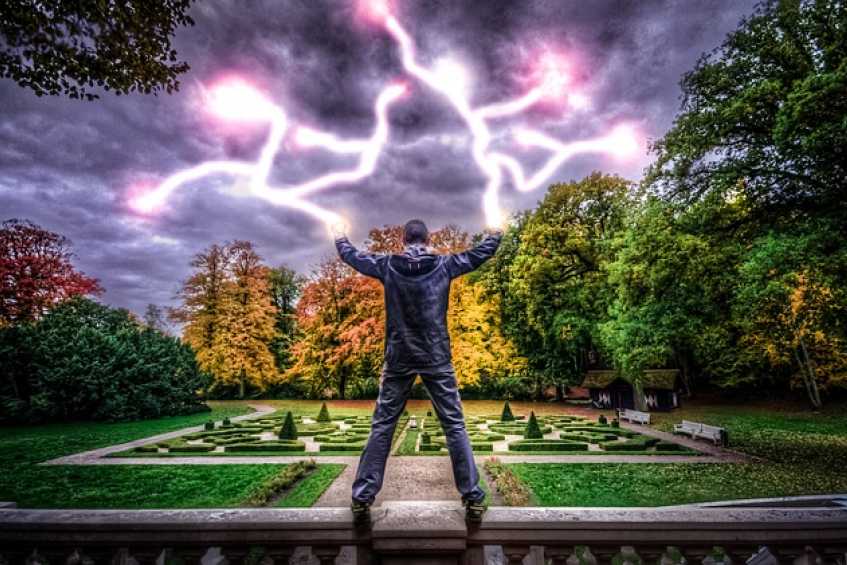 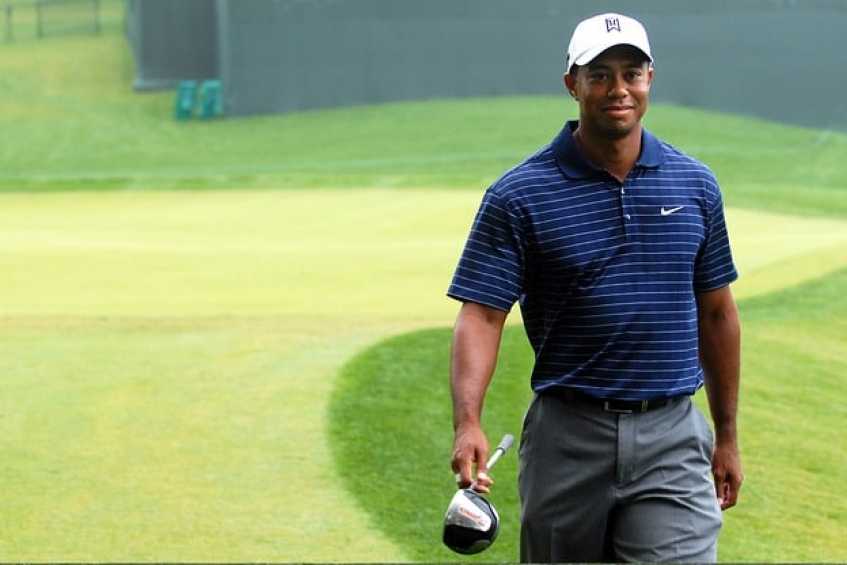 The following is a version of a Jack Perconte article that first appeared in Baseball the Magazine in 2009, where Jack has been a contributing editor. Jack's article takes a different spin on the notion that sports success is mostly mental or ninety percent as Yogi Berra said, with the other half physical. Of course, it takes both to have long term success and a long career, but Jack says, "Give me some talent and the fundamentals and I'll take my chances with the mental."

The Key to Mental Toughness

Recently, a friend asked me about how important mental toughness is in a ball player and whether it can be taught. He mentioned that it would be an interesting article that could help many ball players. I know he was correct because, in my many years of teaching the game, most of the concerns parents had were about what was going on in their child's head during games. Typical statements like:

All of the statements address the notion that something crazy was going on between their child's ears, which was causing them to perform poorly. After all, "They can do it in practice, but not in games," another statement that implied it must be in the player's head. Additionally, sports TV analysts are always telling the audience what they think athletes are feeling in a particular situation. "Oh, that was the Tiger Woods effect, that is why he missed that shot" or "He was looking for a fastball on that pitch and guessed wrong" or "He was scared of getting hit causing him to miss the catch" and on and on. It is common nature to think that something is going on in a player's head when something goes wrong in their performance. Analysts may be right, or maybe, they just failed, without regard to what they were thinking. That is the nature of sports, perfection never comes. 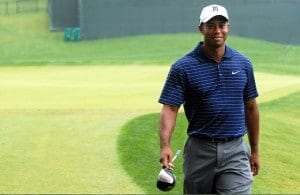 My first thought when thinking of an answer to my friend's question was to reflect on my playing days and wonder if I was mentally tough. I don't believe any player can reach the Major League level without being mentally tough, but trying to define mental toughness in sports is not easy. I decided to travel down the yellow brick road in my mind on a quest to identify the essential ingredient to have mental toughness. I must point out though that most readers will probably be disappointed with my conclusion. However, there is good news associated with the secret ingredient.

First, I identified some of the concepts that get mentioned with mental toughness. I thought of the following:

1. Love of the Game a must.
2. Never Give Up Attitude oh yea, that's it.
3. Focused for sure.
4. Aggressiveness usually helpful.
5. The ability to calm the mind certainly, "being in the zone" is good.
6. Confidence that has to be it.

These are all desired attributes for athletes, so the secret of mental toughness has to be one of them. I will use my experiences to decide the answer to the mental toughness dilemma. Love of the game is obviously important, but unfortunately, I don't believe it is the secret. I have seen many teammates and kids I've coached who loved playing, but they were not always mentally tough. Did something get in the way? What was that something that unfortunately caused failure and disappointment to overcome them to the point where their mental toughness was compromised?

The same goes for a "never give up" and totally focused player. All their hard work, determination, and concentrated efforts did not always get them to the level they wanted. Their careers ended because of the missing "secret." Additionally, aggressive players usually seem to appear mentally tough, but they may be masking insecurities with their aggressive nature. Also, passive and patient players are often equally tough.

OK, the secret must be one of the next two concepts a calm mind or confidence. The most nervous I have ever been golfing was the day I shot the best round of my life, and believe me; I am not a good golfer. The nervous feeling never went away during the round, but that didn't seem to matter. How did that happen? Well, the answer to this lies in the secret and it is not confidence. In my book, The Making of a Hitter, I give readers a sense of my failures and successes as a Major League hitter. In the book, I explain how I was able to reach and have some level of success in the major leagues without one of the ingredients usually associated with mental toughness and success self-confidence. I played without confidence. Upon further reflection, I did not play with confidence at any level of baseball. So where does that leave me? With the secret.

The Secret to Mental Toughness in Players? 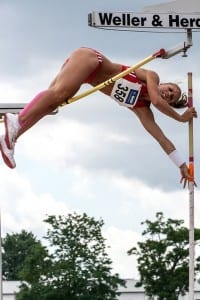 You get the point. Players only succeed, if and only if, they have excellent fundamentals. Many of the other attributes, if not all of them, develop once players do things correctly. I mentioned above that there is good news to the secret answer. The good news is that mental toughness comes from improving the fundamentals and all players can do that. The better the fundamentals, the better chance a player has of succeeding, usually resulting in more fun, increased confidence and a desire to work hard. Parents will be amazed at how a player's mental approach improves when their fundamentals improve. To repeat, the best way to help a young player's thoughts (mental game) is to help them develop the best fundamentals they are capable of having.

For an example, the hitting fundamentals allow batters to foul off tough pitches. They may have the same focus and determination as a player with bad hitting fundamentals, but their ability to foul off the pitches because of better hitting mechanics make them "appear" to be mentally tough. The TV analyst then comments about what a good at bat the player is having, how determined they are, and what a tough out they are. Agreed, but most important is that the player's fundamentals allowed them to have the good at-bat. Hitters with weaker fundamentals strike out and are viewed as less mentally strong.

Now that I have identified the secret, I will further explain a few of my points from above. The day I had the best golf round of my life, my swing mechanics were working to as close to perfection as I have ever had them. It all "clicked" and although I was nervous and didn't feel like I was handling my nerves very well, my golf swing was "there." Great results just happened.

How did I reach the major leagues without confidence? It gets back to the fundamentals I did them without knowing what I was doing. I lacked confidence because I did not know how to do things, which made me feel "out of control." How was I successful? I had the athleticism and enough fundamentals to overcome a lack of confidence. I was mentally tough, at least, most of the time, even without self "“assurance because I could "Just do it," as the commercials say.

A significant ingredient that allows control is knowledge of how. A lack of knowledge has a player at a disadvantage. I know of so many players who have had great ability but never had the knowledge to put them in a position to succeed. That is unfortunate. Back in my day, not having knowledge of how one did something was more prevalent than you think. Many of the great players "just did it" without really knowing how to explain what they were doing or how they did it. A quote read from one of the great hitters (I don't recall who) when asked what his secret was he replied, "I see the ball, and then hit the ball." Their ability, hard work and fundamentals make it possible to perform well.

Also, trying to figure out what is in a player's head and what they are thinking is impossible. After working with players whose parents thought their problem was in their head, I recognized fundamental faults that were preventing the player from succeeding. Once they addressed these fundamentals with the knowledge of the correct way and they put in the practice time, their performance greatly improved and their parents no longer thought they possessed a mental block in their head. Many parents also would come full circle and believe their kid was mentally tough, and it was all the result of better fundamentals. The following are suggested things for players, coaches, and parents to do so players can reach their potential and become fundamentally sound and thus, "mentally tough."

Remember, it is better to do less practice correctly than to do more incorrectly. Also, to change or develop a new skill requires a great amount of repetition it doesn't just happen, so have patience and teach it. Praise players' good practice sessions ("Now you are ready") and downplay their inconsistent practice sessions ("Hey, it's just practice").

Simply put, there is no substitute for sound fundamentals. Incorrect actions show up over the long season or as a player moves up in age. Finally, it is necessary to remember that it is easier to start new habits than to break habits that have been there for years. The sooner parents get kids on the path to the right fundamentals the better and the greater likelihood of future success. Best of luck.

Jack Perconte has dedicated his post-major league baseball career to helping youth. He has taught baseball and softball for the past 27 years.Â His playing, coaching, and parenting storiesÂ help create betterÂ experiences forÂ athletes andÂ parents.Â Jack has writtenÂ over a thousand articles on coaching baseball and youth sports.Â Jack is the author of "The Making of a Hitter" and "Raising an Athlete." His third book "Creating a Season to Remember" is in the works. Jack is a featured writer for Baseball the Magazine. You can also findÂ Jack Perconte at YouTube withÂ over 80 fun and innovative baseball instructional videos.Â

END_OF_DOCUMENT_TOKEN_TO_BE_REPLACED

There are 0 comments on "Does Your Ballplayer have Mental Toughness "