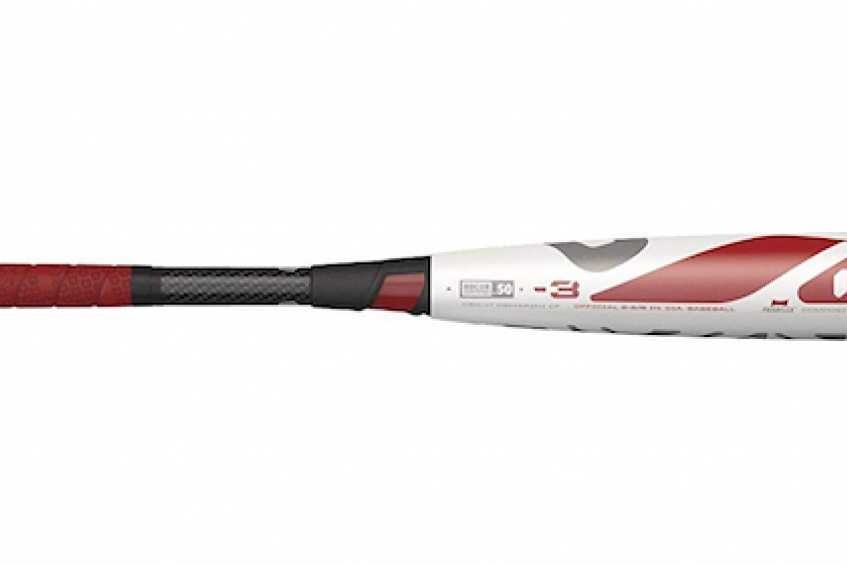 After plenty of anticipation from eager fans, Demarini's CF Zen was up for sale in the late part of January 2018. This made it as one of the last significant USA bats to be released this year. For many youth players waiting to see how DeMarini would one-up themselves, the wait was certainly worth it.

The 2 5/8 barrel makes use of a huge sweet spot, including DeMarini's brilliant new Paraflex Design Composite, offering the hitter surplus pop and resilience when stepping up to bat.

The DeMarini CF Zen continues the notable tradition of building bats from quality composite materials. Every bat is crafted to perfection.

The Ins and Outs of the DeMarini CF Zen Balanced

As specified above, the CF Zen was made available considerably late in the year. Perhaps coming as a surprise for many, the bat was made available to the public since late January 2018, making it one of the last (if not the last) composite U.S.A bat to be released for eager baseball fans.

Getting to grips with the CF Zen took us longer than we expected, however we eventually managed to organize an assessment for the CF Zen comprised of volunteers, which included a variety of different players all with different skill levels.

After sorting through our collected data, we came to the conclusion that it is best to use the CF Zen as an alternative for experienced players that are good at swinging a sturdy, resilient bat.

For any of the players who consider themself "˜contact players,' we believe none of the composites will work, no matter the design or bat manufacturer.

The Pop of the DeMarini CF Zen Balanced

Of the many classifications we evaluate for, the pop of the CF Zen came out on top as its highest score.

Personally, we believe the CF Zen is capable of achieving a bigger shot, especially when put up against alternative US composite bats.

In our pop station, many contact hitters revealed problems keeping their swing level. This, however, bears no effect on its ability to administer pop.

When the appropriate level swing was attained, it certainly delivered effortlessly.

We believe when measuring how a youth bat limits vibration, it can come directly from the players themselves. Before moving through to the next item on out itinerary, we asked all of our players to rank and comment how well the bat in question dealt with stinging vibrations.

The CF Zen's handle is capable of doing a good job, taking in the shock and deflecting it. About 20% noted feeling some sticking around stings upon the hands. Although this appears high, the majority of grievances came from hitters that evaluated the bat in the evening.

It's important to mention that the weather is a factor we attempt to keep neutral. Shock grip is more likely during colder temperatures so it's important that we carry out more tests when it's warmer.

The Grip of the DeMarini CF Zen Balanced

Our in-depth enquiries are intended to draw out as much feedback as possible for Grip & Convenience. This part of the examination acts more like a focus group session.

Our youth hitter actions came with mixed sensations when it came to general comfort. Many suggested the bat was challenging to swing.

One specific volunteer who would call himself a contact player of average ability told us this "The bat was a little too heavy for me. It seemed like a drop 8. I never truly got a lot of line drives."

While another player with ten seasons of baseball experience who has made numerous all-star appearances composed the following: "The CF Zen felt excellent in my hands, and I hit the ball HARD. Great pop for a USA bat."

At the end of our conclusions, we believe these specific bats will be terrific for certain players, but not everyone will acclimatize quite as well.

The Resilience of the DeMarini CF Zen Balanced

The CF Zen we used seemed very durable in regards to the sturdiness of the bat. Besides from a few of scratches and marks, there were no severe imperfect impressions.

The extremely strong Paraflex composite comes marketed as one of DeMarini's many resilient products ever and we must say, we agree.

The DeMarini CF Zen Balanced as a Whole

DeMarini's CF Zen really smashes the ball and safeguards against recoil like its predecessors. What makes it different is that you can expect the baseball to reduce velocity after impact.

We suggest this bat for anyone who finds a -10 a little on the heavy side. With a level swing, best believe that it will send out the ball out of the park.

Ways to Choose a Baseball Bat

Innovation has massively changed how baseball/softball bats are been made over the last few years. No longer made from just aluminum, but can also be made of a composite.

There are likewise rigorous policies on what bats can be used depending on the age level of the player.

Purchasing a brand-new bat for baseball or softball may be overwhelming for those unaware of how to choose, but with the below information, you'll be able to make the decision much more easily!

The process of determining will be a little different if you're going shopping for a bat for your youngster. If your child is between 3' and 3' 4", start with a 26-inch bat and increase the bat size 1 inch for every single 4-to-5 inches that they grow. The following actions are the perfect procedure for figuring out the proper bat size for kids:

1. His/her height - be sure you measure with his/her baseball cleats on

2. Compare him/her to the bat - stand a bat up beside your child. The bat should be level with (but not past) your child's hip, otherwise, they won't be able to swing it.

3. Weigh your bat - a contributing element to which bat he or she must swing is weight since the little league bat size chart utilizes a combination of weight and height to identify the best bat option

Before taking a look at weights, it's essential to think about a few more criteria:

Keep in mind that just high school and college bats have to be regulated and must not have a drop greater than -3.

You should go for a bat that enables you to produce the perfect quantity of bat speed through the zone. Finding this balance could be hard initially, but once you do, you'll be hitting the ball further and harder than you might have imagined.

For youth baseball and softball, the taller the child, the longer the bat should be. They might not be strong enough to swing a much heavier bat, so they would have to have a bat with a larger weight drop.

Since it makes a difference in the physics of the swing, it's essential to choose the ideal balance in between length and weight. For instance, think about the following:

Choosing the length and weight of the bat you swing is a personal choice "“ you ought to attempt integrating what is comfortable with what style of player you want to be.

If you see yourself as a contact baseball player, you will not need to worry as much about the loss of with your swing. However, power players (i.e. Giancarlo Stanton) often smash for the fences, and for that you'll need a shorter, heavier bat.

You can refer to the statistics listed below to offer you a ballpark idea of exactly what bat drop you should be using. Keep in mind that the numbers listed below can be utilized to find bat drop for both baseball and softball bats and both adult and youth players can utilize it:

Changes to Sizes and Regulations

Recent guideline changes in many leagues have been adopted in an effort to make the game more secure and more competitive. For this reason, brand-new security requirements have been released to brand-new bats, and they are expected to be used by every player.

Beginning January 1, 2018, several youth baseball companies have embraced a brand-new U.S.A Baseball Bat Requirement. The goal of this guideline change is to make the game more consistent and maintain the long-term integrity of the game also.

This brand-new bat requirement is commonplace in companies such as Little League, Cal Ripken, and more.

The Right Bat Is Important!

Picking the right bat for your child is important. As you can see, there are a huge amount of factors that go into making sure your little one has the right start when it comes to their baseball practice.

And although there are many options when selecting a bat, The DeMarini CF Zen is a great option for those looking to invest.

END_OF_DOCUMENT_TOKEN_TO_BE_REPLACED

There are 0 comments on "DeMarini CF Zen Balanced Review"