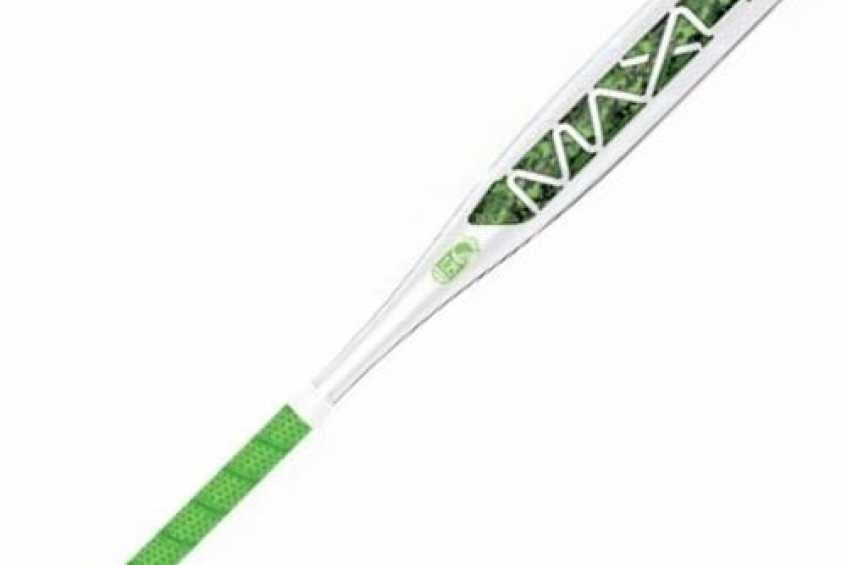 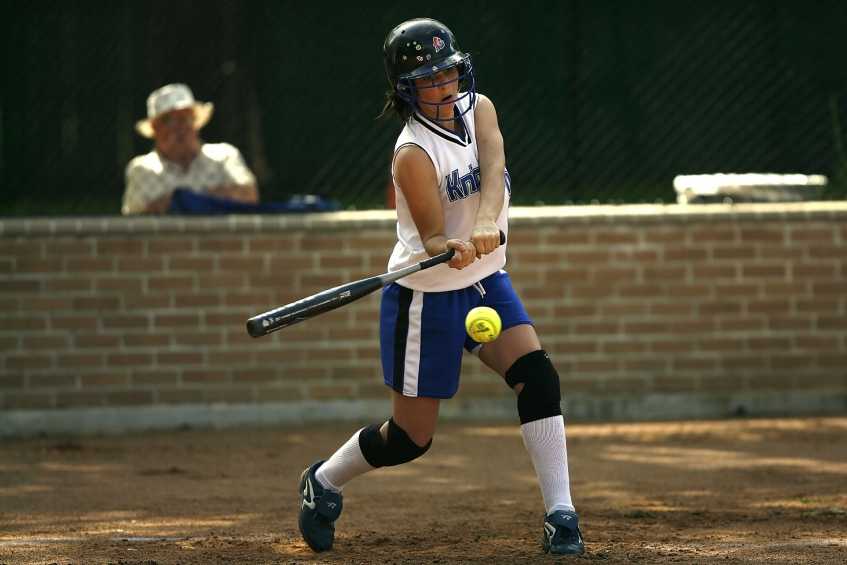 There's nothing more exhilarating than stepping up to the plate with the chance to turn the tide of the game. You need to have mental focus, the physical endurance to withstand the pressures of the game, and the right equipment to get the job done.

While the Combat AB7MX103 Baseball Bat doesn't promise that you will hit more home runs, there is a lot of technology packed into this stylish bat to help you make the most of your plate appearances. Of course, even if you go down swinging, this bat will at least make sure you look good doing it.

With baseball equipment becoming more advanced and more expensive, ensuring you spend every dollar effectively is important. The Combat Maxum Baseball Bat is definitely not the most affordable bat on the market but Combat has built an amazing piece of equipment that aims to set itself apart from the competition.

It goes without saying that marketing blurbs and buzzwords don't mean a lot when you're staring down the pitcher. Does the Combat Maxum live up to the hype? Let's take a closer look.

What Makes the Combat Maxum Unique?

All baseball bats are based on the same design. League rules dictate the size of the bat and what materials can be used to build the bat. To the untrained eye, a baseball bat is simply a baseball bat. So how does the Combat AB7MX103 set itself apart from the rest of the options available on the market?

When you first lay eyes on this bat you will notice the bold design. This isn't your dad's old wooden baseball bat. The white finish and bright colors will definitely stand out when compared to other bats available. Of course, looking good doesn't help you very much if you aren't hitting the ball well.

The Combat Maxum is designed for hitters who want to make solid contact and get on base. The 2 5/8-inch barrel diameter gives the Maxum a 20% to 40% larger hitting surface when compared with other bats. With the right swing, it should be easier to make contact with this bat in your hands.

In addition, the Combat Maxum has been built to the lowest legal BBCOR swing weight. Hitters should be able to generate more swing speed and, theoretically, hit the ball harder and further. Combat was careful to push the limits of the rules while still ensuring players can use this bat in their competitive high school and collegiate leagues.

To help players connect the bat with the ball more accurately, Combat has also used a slip-resistant Lizard Skins grip. This is essential on any bat but especially for lightweight bats like the Combat Maxum that allows players to swing faster and harder. Keeping a solid grip on the bat is essential for hitting the ball into the hole and getting extra bases.

One of the most interesting facts about the Combat Maxum Baseball Bat is that it has been constructed as one piece and made from composite materials. Unlike other composite bats that use materials rolled together, Combat has used precision molding to ensure there are no seams or weak spots. The result, according to Combat, is a bat that has no dead spots. No matter where you make contact on the bat, it will produce great hits.

Essentially, Combat has built a baseball bat that's jam packed with the latest technology and, with that, comes some very big promises about performance. A larger hitting surface, no dead spots, the lightest possible swing weight it all sounds too good to be true.

So, does the Combat Maxum Baseball Bat back up the big promises with real world performance or is all of this marketing speak just an attempt to drain your wallet?

Public Perception of the Combat AB7MX103

The good news is that you don't have to search high and far for thoughts from ball players about the Combat Maxum Baseball Bat. This bat has been purchased and used by a number of high level players who are more than willing to share their thoughts.

If you look at many of the reviews and opinions regarding the Combat Maxum Baseball Bat then you will see overwhelmingly positive thoughts about the bat. Players generally agree that this bat lives up to the hype.

One of the biggest claims made by Combat regarding this bat is that the precision molded, one-piece construction makes the bat easier to hit with no dead zones. Like we said, it almost sounds too good to be true.

Yet, one of the most common themes that develop when reading thoughts from players is the incredible pop that this bat has. The larger barrel provides a larger hitting surface and it seems that Combat lived up their promise of no dead zones. This should be music to the ears of batters who want to make the most of every trip to the plate.

The lightweight construction also garnered rave reviews from players. Batters felt as though they could genuinely swing faster and harder. Combine that with the impressive pop that this bat offers and you have the perfect recipe for success when batting.

The pricing of the Combat Maxum is one of the only pain points mentioned by several players. Make no mistake, this bat does not come cheap and nor should it. If you choose to buy a Combat Maxum Baseball Bat then you are buying a bat with the latest and greatest in baseball bat technology baked right in. This is not a bat you take out to beer league slow pitch on the weekend; this bat is for serious players.

How Does the Combat Maxum Compare to the Competition?

It's not easy to find bats that are directly comparable with the Combat Maxum. The single piece construction is something that has only become common in recent years and many manufacturers are still working on the technology in their own offerings.

Probably the most comparable bat to the Maxum is the Louisville Slugger Catalyst. This bat is also constructed in one piece and makes many similar promises to the Combat Maxum. However, there are some differences.

The barrel on the Louisville bat is smaller than the Maxum which was one of the main points that people appreciated about the Maxum. This puts the Louisville Slugger Catalyst at a huge disadvantage to the Maxum.

Many reviewers have similar positive thoughts about the Catalyst with regards to pop and swing speed as you find with the Maxum. Some people did note, however, that there were some durability issues with the Louisville Slugger Catalyst. These were rare occurrences but also not comments we noticed about the Combat Maxum.

Dirty South is a baseball bat manufacturer that makes two models called "œWar" and "œSwag." As the names might suggest, these bats are boldly designed with bright colors. Right away, that may be a turn off for some while others may see the unique finishes as a selling point.

The most important part about the Dirty South bats is their construction. They are built very similarly to the Combat Maxum to the point where you could even suggest they took inspiration from the Maxum when designing the Dirty South War and Swag baseball bats.

The pricing of the Dirty South bats is very similar to the Combat Maxum which makes these the perfect comparisons when shopping for new bats. Ultimately they are very positively reviewed baseball bats but lack the well-known brand name like Combat. All things being equal, choosing the more established name is often a good decision when considering things like warranty and customer support.

Beyond the direct comparables, there are a number of bats you may be comparing with the Combat Maxum. More affordable bats are available on the market but they lack the high end technology you will find in the Maxum. There are also bats priced well above where the Maxum sits. Those bats are inching closer to professional quality equipment and may be entirely unnecessary for people who are not at the highest levels of competition.

Of course, budget will always play a role. If you can fit the Combat Maxum into your budget then it is a fantastic choice with a lot to offer when compared with other bats at the same price point.

Our Final Thoughts about the Combat Maxum

Finding products that are universally well reviewed by customers is not always an easy task. Clearly, Combat has found the perfect mixture of pricing and features to satisfy their customers.

This bat, quite simply, is not for everyone. There are far less expensive bats to be found on the market. If you are looking for a bat to play some weekend ball with your friends then this probably isn't the right choice. While it will perform well, the cost makes it unnecessary for playing at a lower competitive level.

Instead, the Combat Maxum is targeted at players in the upper echelons of high school and collegiate baseball. These players know how to make the most of the features packed into this popular baseball bat and they will appreciate the added attention to detail from Combat.

The one-piece molded construction and larger hitting surface earned praise from players who were quick to mention the noticeable pop in the Combat Maxum Baseball Bat. You probably won't turn into a power hitter overnight with this bat but you may notice mishits travel further and faster thanks to the Maxum's unique build.

The lightweight construction of the Combat AB7MX103 makes it perfect for youth players who have trouble generating power with heavier bats. Even more developed players will appreciate the lightweight feel which is as light as a bat can be while still complying with BBCOR regulations.

Is the Combat Maxum the right bat for you? There are a lot of great features built into this mid-range bat. Whether or not you believe you will make use of those features is a personal question you will have to answer yourself.

Players have clearly shown they believe this bat lives up to the hype and marketing notes. Of course, equipment can only take you so far. Putting in time in the batting cage is essential if you hope to use the added pop of the Combat Maxum to its full potential.

If you have the budget and the commitment to the game, this bat is one of the best mid-range baseball bats you can find. It should be a fantastic addition to any arsenal. Of course, if you are looking for a cheap bat to beat up at beer league nights, this is not the bat for you.

So, what do you think? Ready to make the most of your next plate appearance?