Coaching Course for Baseball How to Play Second Base 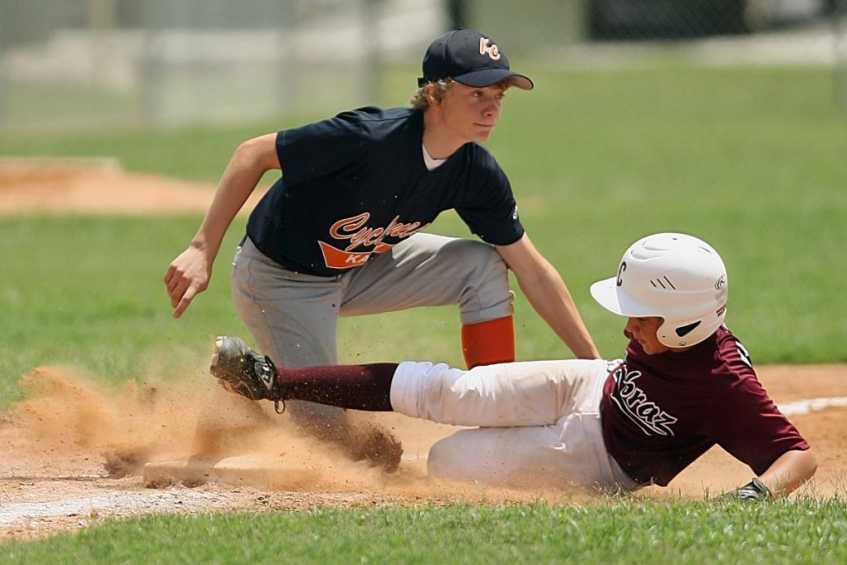 How to Play Second Base - Coaching Course Series

Youth baseball coaches can hide a weaker armed player at second base, as long as they have a good glove, good range and if they coach them how to play second base. Of all the infield positions besides first base, second basemen have the shortest throw so they can get away with a weaker arm and still get outs at first or second base. Second baseman can even get away with a little bobble or drop of the ball occasionally and still get an out because of the shorter throw. Of course, as players move up the baseball ladder, a surer handed and stronger armed player is necessary for the second base position, as turning double plays requires those and is one of the toughest plays in all of baseball.

The first key to good second base play is positioning. Young players will need direction in this area at first, until they learn how to position themselves according to the hitter and game situation.

Positioning with nobody on base

Because the throw is short, second baseman can play a little deeper than other infielders can,with no runners on base. It should be noted that the straight-up positioning is most common in this situation, where the player is equidistant from first and second base. Based on the batters tendencies or the speed of the pitcher's pitches, players may shade a few steps right or left of the straight-up position.

Coaching Course - How to Play Second Base: Positioning

With a runner on first, second basemen have the responsibility of covering second base on balls hit to the shortstop and third baseman. There are times when they have the same responsibility on throws from the pitcher or catcher too, asfor pick offs and attempted steal plays. Therefore, they have to shade closer to the second base bag by moving in that direction and a few steps closer to home base to coveron get force-outs and double play balls. However, with no outs and a runner on first, second baseman have the added responsibility of covering first on bunts, so they must be prepared for both this and the double play, so they have to play closer to home and equidistant between the two bases. Finally, with a runner on third base, the second baseman may position himself between and all the way in front of the bases to cut the runner down at the plate based on the coach's instructions.

As with all infield positions, the slow roller where fielders charge the ball, field on the run and throw across their body is a play that must be practiced a great deal. The crucial part of playing second base is the double play balls, both the one started by the second baseman and the one turned by them.

Four feeds to the shortstop, based on how far the ball is from second base

Feed #1"“ Balls close to the bag (usually within about 12 feet) require an open and underhand flip where the second baseman shows the ball to the shortstop. 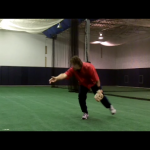 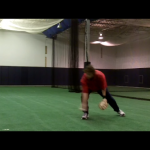 Feed #2"“ Balls further from the bag (usually around 12 to 18 feet) require a backhand flip. 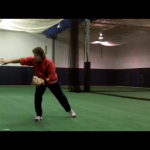 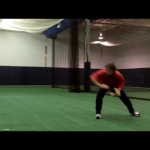 Back hand feed, staying low, weight shifts towards second base

* The key on these two feeds is to get rid of the ball from where the ball is caught, with firm but not over powering throws and allowing the players momentum to follow their flip.

Feed #3"“ From an even further distance, but where fielders can get in front of the ball and that is below the knees, they drop their left knee and rotate their hips after catching the ball, while throwing firmly from their knee and from on top. On the same ball fielded above the knees, players spin their feet quickly to deliver the ball firmly. 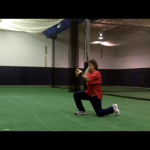 Throw firm and on top 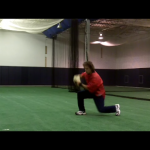 Feed #4"“ On balls to the left of the second baseman, where they cannot get in front of it, they will spin around by turning their back to the infield and throwing very firmly to second. 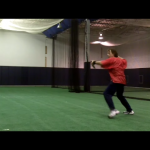 Spin move finish - be sure of first out with good throw 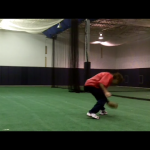 Spin move on ball to left of second baseman

*Second baseman should go to first on bobbled balls to be sure of one out, especially on balls towards first base.

How to Play Second base - Double play footwork

There are generally three ways to turn the double play, with each method requiring quick feet, fast hands to transfer the ball, and a strong arm to get the second out. Additionally, on all methods, the player's left foot begins in the middle of the right field side of the base. 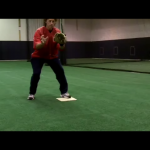 Left foot on back, balance ready to adjust

Turn #1"“ On throws from third base and from the shortstop moving towards third base, the second baseman comes across the base by stepping with their right foot, having it land as they catch the ball, before stepping towards first to throw. 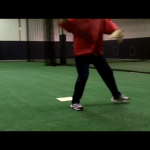 Direct step to first with short arc of arm 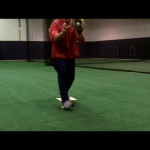 Turn #2"“ On throws from deep shortstop position or when they are moving towards second, the second baseman will rock back with their right foot right before the catch is made, before stepping to first and throwing. 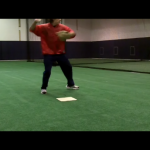 Turn #3"“ On throws to the right of second base towards left field and for double play turns on a hit and run, second baseman step to the left field side of the base before stepping to throw. 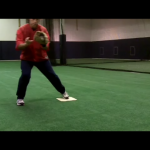 * On all turns the key is having the right foot landing as the ball is caught, so there is no wasted time on the transfer along with a short arm arcon the release. Of course, this timing takes a great amount of practice to perfect.

* Experienced second basemen are able to adjust to each method based on the location of the throw and anticipate off target throws, so they remain flexible to catch those.

* At the lower levels of baseball, take out slides are not permitted, so players can step anywhere towards first except into the base line, where the runner is approaching.

* It is important that second baseman act like first baseman on off target throws to be sure to get at least one out.

Finally, second basemen have other responsibilities on balls hit to the outfield for cut offs and relays. Teaching kids to line up bases correctly and turning the correct way after receiving cut-off balls, is necessary for how to play second base, as well as learning which base to throw the ball to on those relays.