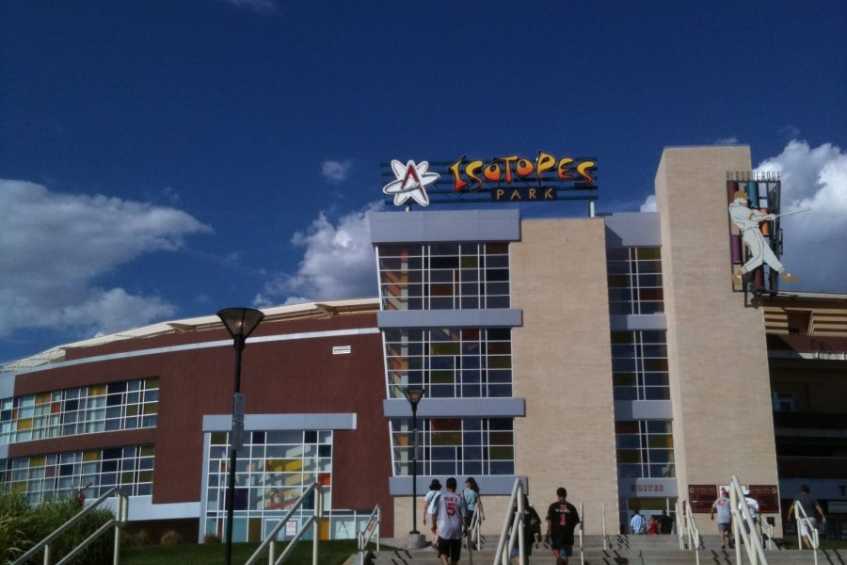 The Major League Baseball Life has its Moments

The professional baseball life is like every other job. It has its good days and bad ones. Maybe the biggest difference is that one cannot just disappear at work, as one maybe can in the "real world" of non-professional sports. Or can you? Right out of a scene in an Indiana Jones movie, here is how things went down one night in Dodger stadium.
"Tell Johnstone he's leading off" were the words from manager Tommy LaSorda, as Jay was to be the pinch hitter. A few minutes later, LaSorda yelled, "What do you mean you can't find him? He was just here, did he just disappear?"
Coaches, players, and clubhouse attendants were looking everywhere, but Jay Johnstone was nowhere to be found. Major league baseball players cannot just pick up and go home, and Johnstone's street clothes were still in his locker. After a number of choice words from LaSorda, suddenly, someone on the bench pointed to the sky, and yelled, "There he is!" Up on the Dodger Stadium Jumbotron, they had captured Jay Johnstone and a couple of Dodger pitchers (Jerry Reuss and Dave Goltz) dragging the infield with the grounds crew in full grounds crew gear. The words got even choicer from LaSorda, but even he had to chuckle at the events, even though he had to find a new pinch hitter. So funny, and Jay proved that major league baseball players can take some personal time when needed.

A friend and former teammate, who was a major league manager, summed up my feelings about the major league baseball life. I once asked him if it was fun being a manager. "It's not fun, but I'm really enjoying what I'm doing." My first thought was that he just came up with a great Yogi Berra line like "It's not over till it's over."
The funny thing is, I knew what he was saying. That is the exact sentiment I felt when I look back on my major league days. Was it fun? Kind of, but definitely enjoyable. It was a weird kind of fun. The enjoyable part of the baseball life is looking back on all the great friends and cool on and off the field experiences. They are not something I, nor any professional I suppose, would trade for anything. The most fun begins years after when you look back on those days and realize the dream came true, even if it went by so fast and even if you did not know it was so great at the time.
I still get this question occasionally, "What's it like playing in the major leagues?" It is not a simple answer like, "It's awesome" or "unbelievable." It is a job and not necessarily the glamor life people believe. I usually blow their mind I think when I tell them that the minor league life was more fun than the big league life, at least for me. Of course, I can only speak of a time when the huge money was not there, as it is in today's professional sports. Being able to call yourself a major leaguer is awesome and unbelievable, but "the baseball life" has as many down moments as up ones, especially for the average ball player like me.
My answer usually goes something like, "It is the easiest job in the world and the hardest job all at the same time."It is the easiest job because players basically have one responsibility and only one each day, show up on time. It is the hardest job because you have to produce and produce quickly, or your life dream can be over. One is only as good as their last game.
The Downside of the Baseball Life 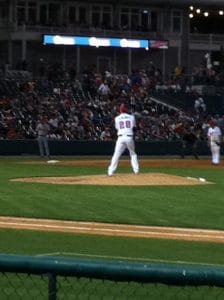 Recently, I read where Nick Saban, the ultra- successful college football coach, did not even realize there was a presidential election the other day. Surprising, maybe, but to those on the inside of the big time sporting life, they know. The games require concentration and focus that is very consuming, leaving little time for outside distractions. It is a life of eating, sleeping and focusing on the games what you need to work on before the game, complete concentration during it and never-ending analysis afterward.
As mentioned, there is no escape, especially over the 162 game, grueling schedule of MLB baseball. Like anything, you had better love it if you are going to survive in the business. Other players are constantly chomping at the bit to take your job and get their opportunity. "Produce or go home," as if in a constant single elimination tournament where you only get one chance to show your stuff, is mostly the life of a pro athlete, except for the stars.
The season is a mental and physical, all-consuming challenge, with games virtually every day for seven and a half months, including spring training. Add winter ball to the equation, and it is a year-round, twenty-four-hour grind. As mentioned, it turns into a life of eating, sleeping, and living at the ballpark, with little time to take in the sights and action of the cities.

The Grind of the Baseball Life

I never want people to think that it is tougher than any other job because all jobs require production. However, things are different when striving to be the best in the world where there exist a select group and a very limited timeframe. The baseball life" can be gone in a heartbeat, as evidenced by so many professional athletes' short careers. Father time is always knocking at a professional athlete's door, as well as a possible serious injury. Most players are finished by age twenty-five to thirty. That thought places extra pressure on players, knowing time is of the essence. The window opens and shuts quickly.
At the major league level, winning is everything and when your team is not doing that, the season gets even longer than it is. The pressure to do well personally, combined with the pressure to win as a team, places the weight of the world on players. Even though it is "just a game," as they say, it feels more than that to players and their families. It may be just a game, but the constant analysis by so many - sports talk shows, reporters, TV coverage, and rabid fans wears on players as the season progresses.
Additionally, there is the often-unseen human side to the game that takes a toll on players' emotions. Friends come and often go because teams are ever searching for the right combination of players, without regard for personal feelings. People often think of pro athletes as snobbish, wealthy athletes, who do not have feelings because of the money they make. Regardless, professional athletes have the same life issues that all families have. 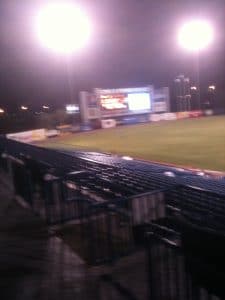 Another side of professional baseball that people often are not aware of is the minor league life. The life is so different than the major league life, but there are many memorable moments there, at least for players like me who spent many years in the minors. As mentioned, I would not trade my major league days for anythingbutmy fondest memories of professional baseball are those I encountered in the minor leagues. My life-long friends and best times came while toiling there.
The major league baseball life is like a bunch of CEO's coming together day in and day out for a common cause. They cooperate to reach their individual numbers (stats) while striving to reach their corporate numbers (A World Series ring). At the end of the day, they head back to their private penthouses and corporate empires. Of course, players spend a ton of time together in clubhouses and on the road, so that is somewhat understandable.
The minor league baseball life is entirely different. Getting by on $500 to $1000 a month for six months is the most noticeable difference from the major league salaries. Many days are spent - in minor league hotels, riding all night buses, getting up at 3 in the morning to catch flights. It is playing backgammon for hours, endless card games, sharing meals with teammates to save money it is those struggling times that create bonds that are so memorable and friends that are unforgettable because of those "striving" times.
The cool thing is that the minor league life has a way of binding people together because of the common struggle of trying to get to the penthouses. Many of my former minor league teammates and I have not remained in touch over the years, but the memories of the tough times spent with those guys are the people I remember most fondly. Those are the players I have a life-long connection with that can never be taken away.
Of course, if I would not have spent so many years in the minors, but in the majors, I may be writing a different story.
@thebaseballlife @lifeofaprofessionalballplayer
Jack Perconte has dedicated his post-major league baseball career to helping youth. He has taught baseball and softball for the past 27 years.His playing, coaching and parenting storiescreate betterexperiences forathletes andparents.Jack has writtenover a thousand articles on coaching baseball and youth sports.Jack is the author of "The Making of a Hitter"now $5 and "Raising an Athlete." His third book "Creating a Season to Remember" is in the works. Jack is a featured writer for Baseball the Magazine. You can also findJack Perconte on YouTube withover 80 fun and innovative baseball instructional videos.

END_OF_DOCUMENT_TOKEN_TO_BE_REPLACED

There are 0 comments on "Baseball Life of a Professional - What's it Like?"