Baseball Hitting Position is an Absolute <!-- [A Chance is All Anyone can Ask For] --> 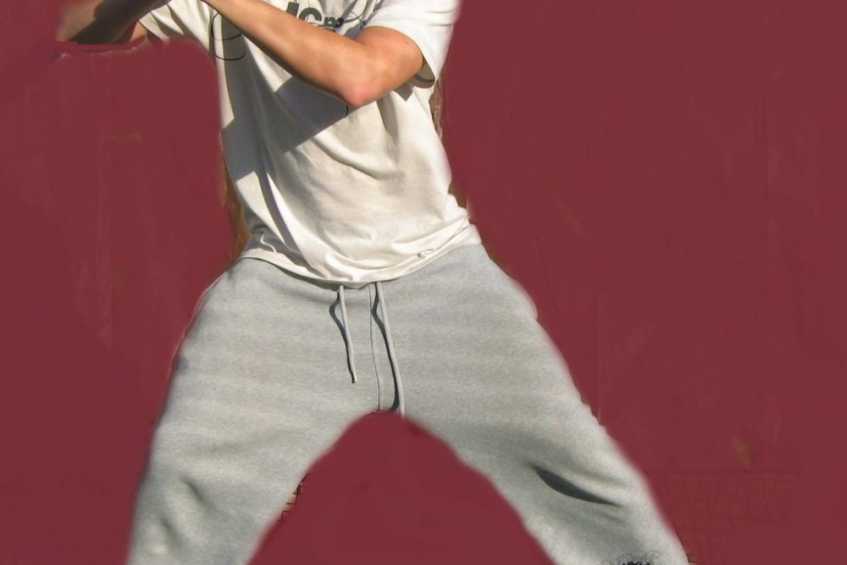 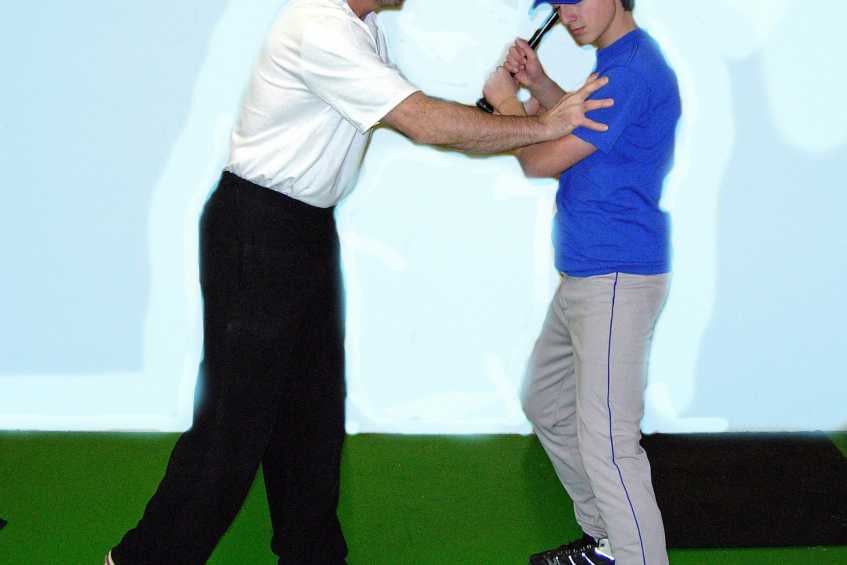 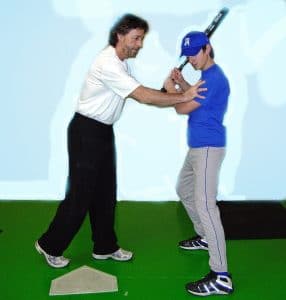 Look at their Baseball Hitting Position when Your Child Struggles

One of my most used phrases, when teaching hitting is, "The correct baseball hitting position gives you a chance to be a great hitter, and if I can teach you that, I have done my job; the rest is up to you." Of course, I am joking some, but it attests to the importance of their starting position.

You see, many kids have good hand-eye coordination and athleticism, which allows them to get away with bad habits, up to a point. That point shows up at a little more advanced age or level of baseball, and suddenly the young player who was always one of the best is now a struggling hitter like so many others. Baseball hitting position, the time when the batter's front foot lands and they are set to launch the bat, determines everything to follow.

I've seen the scenario over and over in my coaching career. The wrong starting position leads players to invent ways of getting to the pitched ball. Those techniques usually involve some cheating they will either step out, lunge, start the swing early and pull the front side away from the ball prematurely. After a couple of years of this, they have formed bad hitting mechanics to the point where they are rarely able to overcome them.

Said in a more positive manner, "Hitters, who can maintain the correct hitting position when the stride foot lands, have a great chance to develop a sound, repeatable swing that allows them to get to all pitches and speeds. Most importantly, they will not have bad habits that are almost impossible to break. That may sound harsh, but it is true. I have read where it takes 1,000 repetitions to change a habit, and that is only if those thousand are without the wrong actions. One good swing followed by one bad one gets them nowhere.

Before working on the correct position, I usually show players some examples of some major league batters. I try to point out the difference between style and mechanics. Most MLB players begin in different ways, but all of them go to the crucial and same hitting position to swing the bat. With that in mind, following are the things to teach and insist upon with youth baseball players.

1. No matter the distance between the feet with the stance, hitters should step to their optimal balanced position length between the feet. This position often takes a lot of trial and error to find and generally with young players, the shorter the stride, the better. Coaches can usually help players find this position by having them jump up high. Most will land in their optimal balance position upon landing.

2. With the weight back or moving back and the bat in this correct position, the hitter takes a soft, controlled step directly towards the pitcher, leaving much of their body weight on the backside leg as they move towards the pitcher.

Putting everything together - the upper and lower body with a controlled stride is not easy and a constant challenge for even the best of baseball hitters. It bears repeating that nothing is more important than the correct hitting position when their stride foot lands for hitting success. When hitters have the incorrect hitting position, rarely, are they able to recover with the proper baseball swing. Once hitters can arrive at this position consistently, they have the chance to have sustained success throughout their playing career.

Finally, all of this is meant to tell parents and coaches of the necessity of insisting on the correct baseball hitting position at a young age. As mentioned, failing to do so is often the start of the end of their baseball playing days, believe it or not.

Jack Perconte has dedicated his post-major league baseball career to helping youth. He has taught baseball and softball for the past 27 years.His playing, coaching and parenting storiescreate betterexperiences forathletes andparents.Jack has writtenover a thousand articles on coaching baseball and youth sports.Jack is the author of "The Making of a Hitter" now $5 and "Raising an Athlete." His third book "Creating a Season to Remember" is available for preorder. Jack is a featured writer for Baseball the Magazine. You can also findJack Perconte on YouTube withover 80 fun and innovative baseball instructional videos.

END_OF_DOCUMENT_TOKEN_TO_BE_REPLACED

There are 0 comments on "Baseball Hitting Position is an Absolute "