It is important that youth baseball coaches have good relationships with parents of players or risk a very long season. It is one thing to have a disgruntled player or two, but once on the bad side of a parent or two, look out. Some clashes may be unavoidable but here are some baseball coaching tips that may keep things smooth.

1. Lay out as many team rules and coaching plans in writing at the beginning of the season. Give parents a chance to ask questions of these rules and plans at that time. Most possible issues are moot points before they start with this written notice. These plans should definitely include how batting order, positions, and missing games or practice time are handled, which are the most common griping points.

2. Coaches should get to know all parents early in the season, at least a little bit. Something as simple as asking them what they do for a living is a good starter and shows interest in another. When coaches show an interest in parents, as well as with their child, it makes possible confrontations more civil, than when people do not know much about each other. 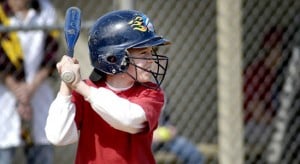 3. Discuss parent concerns in person and away from all other players and parents. Avoid communicating with parents by email and text, when dealing with sensitive concerns. Coaches may write things they wish they had not and the documentation may come back to haunt them in the future.

4. Never overtly tell another parent how to parent his or her child. Demonstrating the power of positive parenting with positive coaching words and actions is sometimes a way to wake-up over expectant and pushy parents. Praising kids' efforts and play in front of parents, as well as being a positive role model to players, is one of the best things coaches can do for players of negative parents.