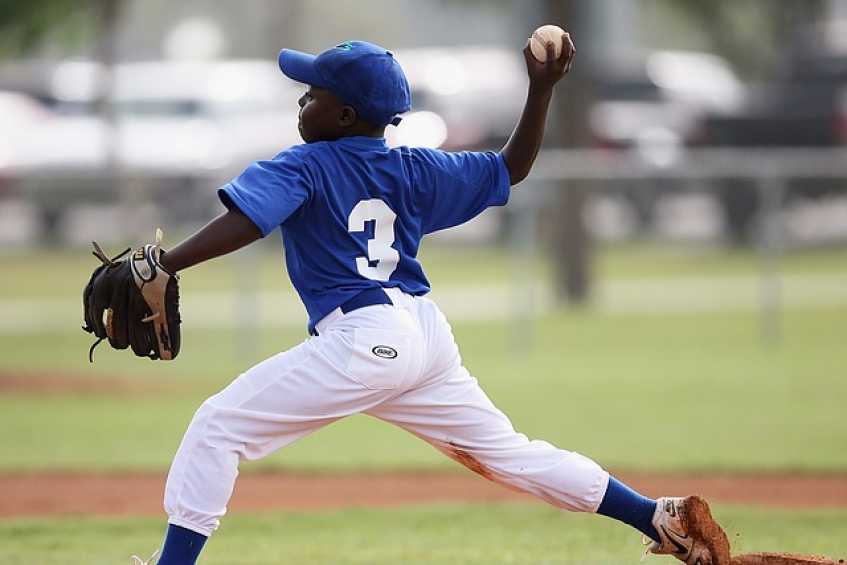 There are two times that arm slot training is most necessary. One is with beginners and that involves teaching kids the proper throwing techiques and fundamentals. (See below). With that teaching, kids should come away with a three-quarter or over the top (90 degrees) arm angle. Both of those release positions work for just about any defensive spot on the field. It bears knowing that there is generally less "tail" on the ball from the over the top position making that the most advantageous one. Check out these Baseball Practice Plans today! The second time arm slot training is important is for pitchers, as the arm slot can change their whole effectiveness as a pitcher. Most often, the more movement the better when on the mound, so experimenting with different arm angles may be necessary. At both junctures of arm slot training, players must balance the arm angle and release point with their natural arm action. Moving away too far from what their body does naturally may risk arm trouble and long-term injury. Players must alert coaches to any pain when working on the throwing motion. Many people balk when coaches teach players to throw over the top which means a release where the elbow is 90degrees and shoulder height. They argue that there is nothing wrong with a three-quarter or sidearm delivery. To an extent they are right. However, to get the most carry on the ball the lower arm angles are not conducive for that. Additionally, it may be easier to get the whole body behind a throw from the over the top position as opposed to throwing side-arm. Making longer throws from the outfield, catching and shortstop positions need a lot of carry when the ball does not tail off the path. Finding the correct arm slot for young ballplayers is not always an easy thing. It also bears noting that the baseball throwing action is not a natural body movement, so there is always an inherent risk with throwing from a high position. Many people believe people should leave players alone and allow them the arm slot to be in their natural position. As with all sports movements, it is never that easy. Arm slot training is important, especially as kids move up the baseball ladder.

The pitching position is the one where determining the arm slot comes into play the most. Pitchers can have various angles to throw from that works best for them. The other positions require and over the top arm slot for the most part so there is less tail and more carry on the ball. After all, the shortest distance between two points is a straight line and over the top motion will help keep the ball on that straight line. That is not meant to say that for some throws from a defensive position do not require a sidearm or even an underarm throwing motion. The best defensive players know when to use the correct release point to get rid of balls the quickest. Wrist and hand rotate to target

When it comes to pitching, many factors come into play for deciding what throwing motion is best for players. Things like age, body type, and size of pitcher all play a part in the correct motion. Often, pitchers have to experiment with different arm slots to find the most effective and healthy one. Throwing with an arm slot that is uncomfortable or ineffective will lead to a short pitching career. Injury or a lack of control usually results in an incorrect delivery, not to mention being ineffective as a pitcher. For any position including pitcher, the key is the repetition of successful actions that allow ballplayers to have the necessary accuracy that will be repeatable in games the ultimate goal. Consistency of action is important when throwing and determining the type of pitch Throwing Fundamentals for All Arm Slots Therefore, no matter the arm angle that a player employs, solid fundamentals are necessary. Those include:

The ideal, as long as a player's body allows them to do it with no pain, is to have the elbow at shoulder height when it comes through to release. After making sure the above fundamentals are correct, coaches can help players with their arm slots in the following ways. The higher players can bounce balls the higher their arm angle. Different arm slots create different height finishes - the higher the arm angle the closer to the ground the hand will finish on the follow through. Remember, it is best to have players throw short distances first, before attempting to stretch it out. Long toss throwing often results in bad throwing mechanics and arm slots with young ballplayers. Strength does come into play with kids too. In time they will begin to get their elbow up when they adhere to the correct throwing mechanics. Most kids should throw more than they do to develop a consistent arm slot. #throwingabaseball #baseballcocahingtips Jack Perconte has dedicated his post-major league baseball career to helping youth. He has taught baseball and softball for the past 27 years.His playing, coaching and parenting storiescreate betterexperiences forathletes andparents.Jack has writtenover a thousand articles on coaching baseball and youth sports.Jack is the author of "The Making of a Hitter" now $5 and "Raising an Athlete." His third book "Creating a Season to Remember" is now available. Jack is a featured writer for Baseball the Magazine. You can also findJack Perconte on YouTube withover 120 fun and innovative baseball instructional videos.

END_OF_DOCUMENT_TOKEN_TO_BE_REPLACED

There are 0 comments on "Arm Slot Training - Throwing Techniques"