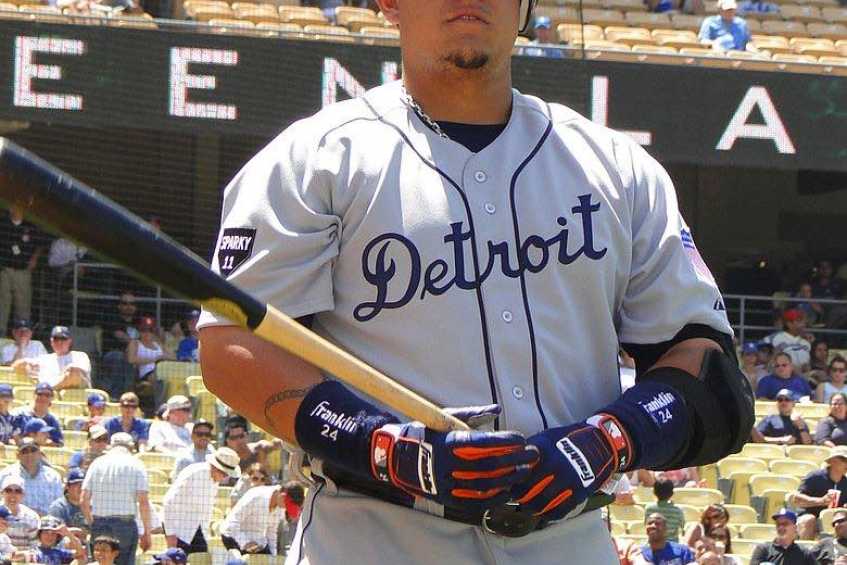 It may be a long time until we see that unbelievable feat again. 1967 was the last time it occurred with the great Carl Yastrzemski doing the accomplishment. But, it is fun to speculate on who could pull it off in the coming years. Of course, what makes the achievement so tricky is maintaining a high average while hitting so many home runs and making those count with runners on base, too. It is even more difficult in today's game because of the high number of home run sluggers who strike out a lot, which makes keeping a high batting average hard. Additionally, to get the required number f runs batted in, a batter needs a solid lineup around them of players getting on base ahead of them and a competent hitter behind them to avoid the walks. Another factor that comes into play is that amount of emphasis put on upon a high on-base percentage, which means players are encouraged to take bases on balls. That plan hurts driving in runs with runners in scoring position.

In this home run age, one would assume one would have to hit at least 50 home runs to lead the league in that category. As far as batting average goes, a minimum of .330 average is generally necessary.

I guess the first player who comes to mind would be Los Angeles Angel superstar Mike Trout. He certainly could do it as he has hit above .330, led the league in RBI before and had a 41 home run total one year. He gets his share of walks so having a solid hitter behind him in the order is crucial, so he gets pitched to in the clutch more often.

Another player who comes to mind about possibly one day earning the baseball triple crown is Baltimore Orioles star, Manny Machado. He is still young, improving and trending better each season in every category. Maintaining good health as well as being on a solid team of hitters could make the difference down the line.

Of course, another player who can't be ruled out is Washington Nationals' superstar Bryce Harper. Surprisingly though, a review of his major league totals reveals he has had only one year above 30 home runs in a season. Of course, he is indeed capable in that department if he can remain healthy for a full baseball season.

Nolan Arenado of the Colorado Rockies is another who could make a run at the unbelievable achievement, and he is in the right ballpark to do it.

There are so many young major league baseball players who have come along and are on the fringe of the major leagues who have the baseball Triple Crown potential, too. The young ballplayers of today are products of excellent instruction, advanced knowledge of the hitting mechanics and top physical strength and conditioning, which makes the achievement a possibility.

How to win the Baseball Triple Crown
So, how did Miguel Cabrera win the triple crown, and why do the above MLB players have a shot at it in the future. They have all developed a GDR. This GDR is a whole other Baseball Triple Crown and one that every young ballplayer can achieve with the help of supportive parents and coaches. When they gain these three ingredients, good results follow. Of course, it takes years to develop these but once incorporated; players will see the success they desire.

First, it bears noting that at the youth level, I am not a fan of keeping personal statistics for young baseball players, or of having players set numbers' goals. Statistical goals at the youth level emphasize just those, instead of on things geared towards overall improvement and longer-range goals.

Which brings me to the ingredients for achieving the Triple Crown for Baseball and the best news, as mentioned, is that they are under a players' control and sets them up for long-term success in baseball, and beyond.

The elements of this baseball Triple Crown are G - goals, D - discipline, and R- routine. Employing these three things create a revolving circle that feeds off each other and leads to success. Year in and year out, kids that see the big picture, have discipline and a routine, have enough success to sustain them, which keeps their desire to play. Impatient and undisciplined players give up before they reach their potential.

Coaches and parents should help players with these along with aiding them with their baseball skills of hitting, throwing, fielding and base running.

Baseball Goals Long-term goals of playing high school, college, or even pro baseball are solid ends that require and challenge kids to work hard, without the pressure of having to be great now, or in every game. Having these type future goals, helps kids develop the other components discipline, routine with patience and perspective, necessary for baseball success. Coaches should help kids understand that improvement comes and goes, and at various rates for each player. Once kids realize that and can avoid the pressure to do well daily, they can relax and think long-term achievement.

Baseball Discipline The very definition of discipline says it all - "training that corrects, molds, or perfects the mental faculties or moral character" (Webster Dictionary). Baseball practice is all about constant training to improve and having mental discipline is paramount for making the necessary sacrifices that lead to improvement. As players learn the skills and the game, they will learn to make the adjustments that the game requires and learn to remain on an even mental keel, which is necessary for all of the sports. Coaches must help players learn about resiliency, and the mental ability to bounce back after defeat and personal struggle.

Baseball Routine Synonyms for routine include scheduled, habitual, and repetitive. The above two factors will help players learn about the necessity of a method. Once players set and follow a schedule, they will begin become dependent on that which also aids in the development of habits and fundamentals. Their routine encourages the discipline of reaching their goals, and the revolving circle is in place. In time, they will notice the ability to repeat those good fundamentals; they are well on their way to reaching their eventual goals.

Finally, not every player can reach the Baseball Triple Crown, but developing goals, discipline, and routine, will set them up for success in all phases of their future.

END_OF_DOCUMENT_TOKEN_TO_BE_REPLACED

There are 0 comments on "Another Baseball Triple Crown"