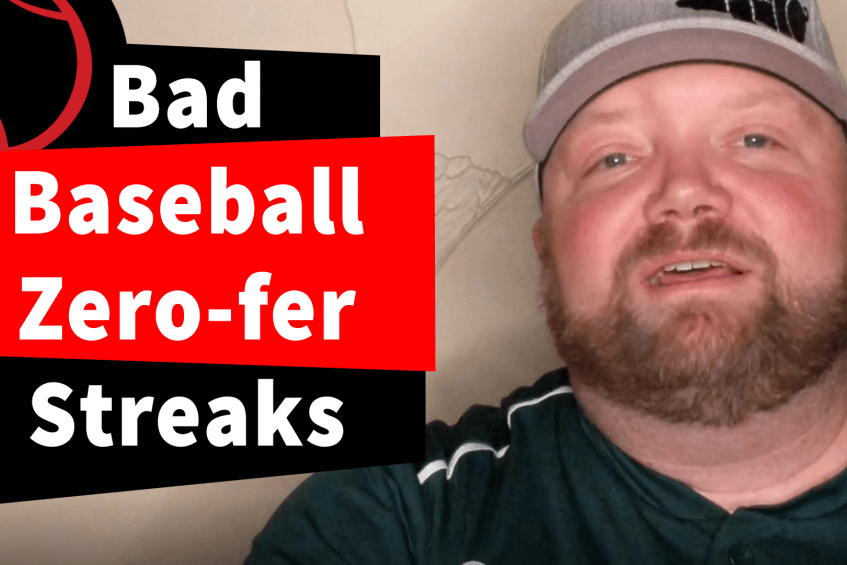 As of today, Chris Davis of the Baltimore Orioles is in the middle of the longest hitting slump in MLB history. Currently, he is 0-53, that's zero hits in his last 53 at bats!

Sure it sounds bad, but how does it compare to some other memorable streaks? Who lost the most MLB games in a row? How about what is the longest number of innings 2 teams played without scoring in a single game? In the video here I talk about 4 epic streaks that may never be broken!

1. Chris Davis, Baltimore Orioles overpaid hitter, went 0-53! That streak ended today on 4/13/19 with a 2 RBI single.
2. 1889 Louisville Colonels lost an amazing 26 games straight, on their way to becoming the first-ever MLB team to lose 100 games in a season!
3. On April, 15th 1968, the Houston Astros played the New York Mets to a 23 inning shutout; eventually, the Astros won in the bottom of the 24th inning after 6.5 hours of play!
4. Finally, the bulldog, Orel Hershiser, once amassed 59 consecutive innings without allowing a run!

Depending upon which side of history you're on those are some really good or really bad streaks. What other baseball streaks do you know about? Let us know in the comments below and be sure to check out Bad Baseball each week on YouTube!

END_OF_DOCUMENT_TOKEN_TO_BE_REPLACED

There are 0 comments on "4 Baseball 0-fer Streaks we Can't Believe!"